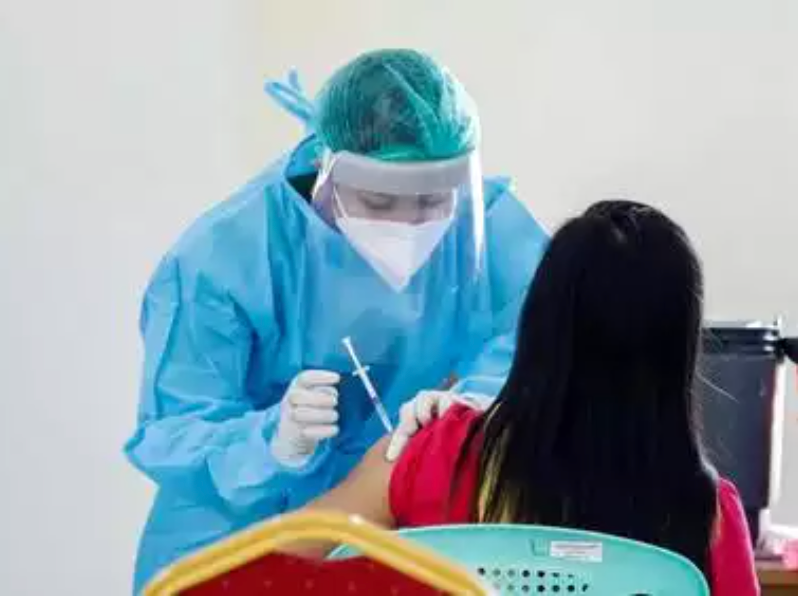 New Delhi: While the number of people arriving for injections at the Covid vaccination centres rose on Saturday, they also faced delays waiting for their turn. Rekha Gondal, 73, for example, at Max Hospital in Saket said, “I don’t know about other days, but today it is very crowded here. I have been waiting a long time to be called inside for the jab.”

Many people chose the weekend to go and get the protective shot. Gondal, a retired teacher, decided on a Saturday because she has to go to the passport office next week. “There will be a lot of people there, so I thought it a good idea to get myself vaccinated.” At Max, by noon there was a large assembly at the vaccination centre. The staff had anticipated a jump in demand and had put in place a system where individuals were given tokens on a first-come-first-served basis. Dr Vivek Nangia, director of pulmonology at the hospital, said they were expecting more to come.

Government hospitals also admitted to an increased workload over the past week owing to more people wanting to avail the free vaccine. Geeta Rani, vaccine officer at Pandit Madan Mohan Malviya Hospital, said, “We usually have around 50 people getting vaccinated before lunch. Today is a Saturday and we’ve already injected over 65 people.”

Sagar Prasad, nodal officer at Janakpuri Super Specialty Hospital, similarly said, “We have four vaccination sites in the hospital and by noon, all four had inoculated over 100 people each.” The majority at Janakpuri were elderly people. “We are trying to ensure people over 60 do not have to wait very long to get the shot,” said Prasad.

Among those getting vaccinated at Mata Chanan Devi Hospital on Saturday were 90-year-old Rajinder Mohan Sehgal and his 85-year-old wife. The duo claimed not to have faced any inconvenience, from registration to getting the jab. “The arrangements made for elderly people were great and everything was being efficiently done. We hope many others decide now take the shot,” said Sehgal.

Balwinder Ralhan, a 55-year-old with co-morbidities, got vaccinated at the same hospital. While he realised the weekend was going to be crowded, the rush was managed well, he said. “We came just before lunch and everything happened quickly. There were many people, but the process was well managed,” he said.

Uma Shankar Thakur, 63, who was at Deen Dayal Upadhyay Hospital with his 58-year-old wife, said that while he had been registered, his wife was not eligible. However, he was seen trying his luck with the website once again. “I will get the shot, but I hope my wife can get it too. This will protect us both,” he smiled.