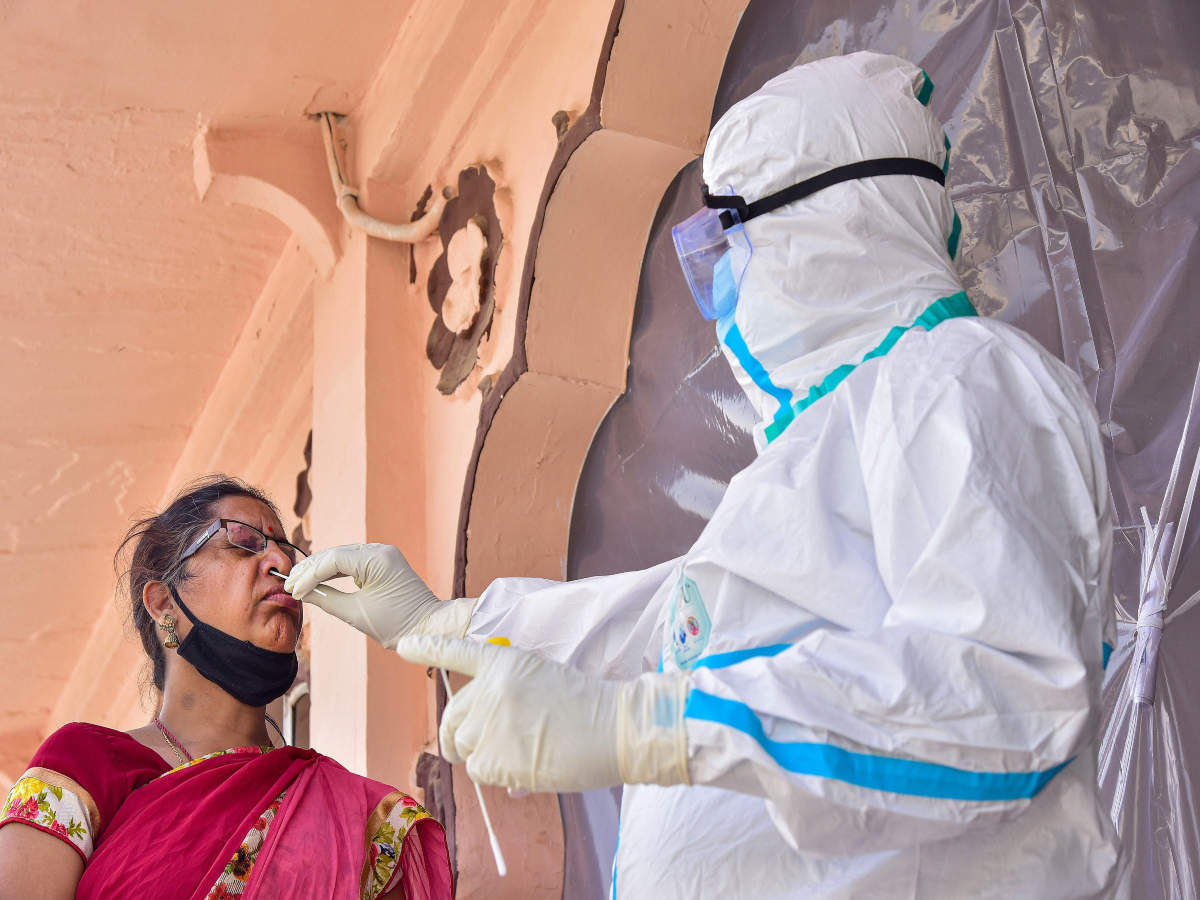 NEW DELHI: Six states — Maharashtra, Kerala, Punjab, Karnataka, Gujarat and Tamil Nadu — accounted for 83.76 per cent of the 17,921 cases of Covid-19 reported in the country in a day, the Union Health Ministry said on Wednesday.

India’s tally of active Covid-19 cases stood at 1.84 lakh and comprised 1.64 per cent of the total infections, according to the ministry’s data.

The total number of tests conducted in India so far has crossed 22 crore and the daily positivity rate stood at 2.43 per cent. Maharashtra continued to report the highest daily new cases at 9,927, followed by Kerala with 2,316 cases and Punjab 1,027 fresh instances of the infection.

According to the ministry, 133 deaths were reported in a day, with five states accounting for 77.44 per cent of the fatalities.

Maharashtra saw the maximum daily deaths at 56, followed by Punjab where 20 people succumbed to the disease and Kerala witnessing 16 fatalities.

According to a provisional report, over 2.43 crore vaccine doses have been administered through 3,39,145 sessions till 7 am on Wednesday.

Besides, 8,33,526 people aged more than 45 years with specific comorbidities and 51,04,123 beneficiaries aged over 60 years also were given the first dose.

On Day-53 of the vaccination drive, more than 13.5 lakh vaccine doses were given in 52,351 sessions. Out of this, 10,60,944 beneficiaries were administered the first dose and 2,98,229 healthcare and frontline workers received the second dose of the vaccine.

Crypto dsj1031 - April 10, 2021 0
This is part one of a multipart series on blockchain and crypto in China.China has been discussing the possibilities of national digital currency...