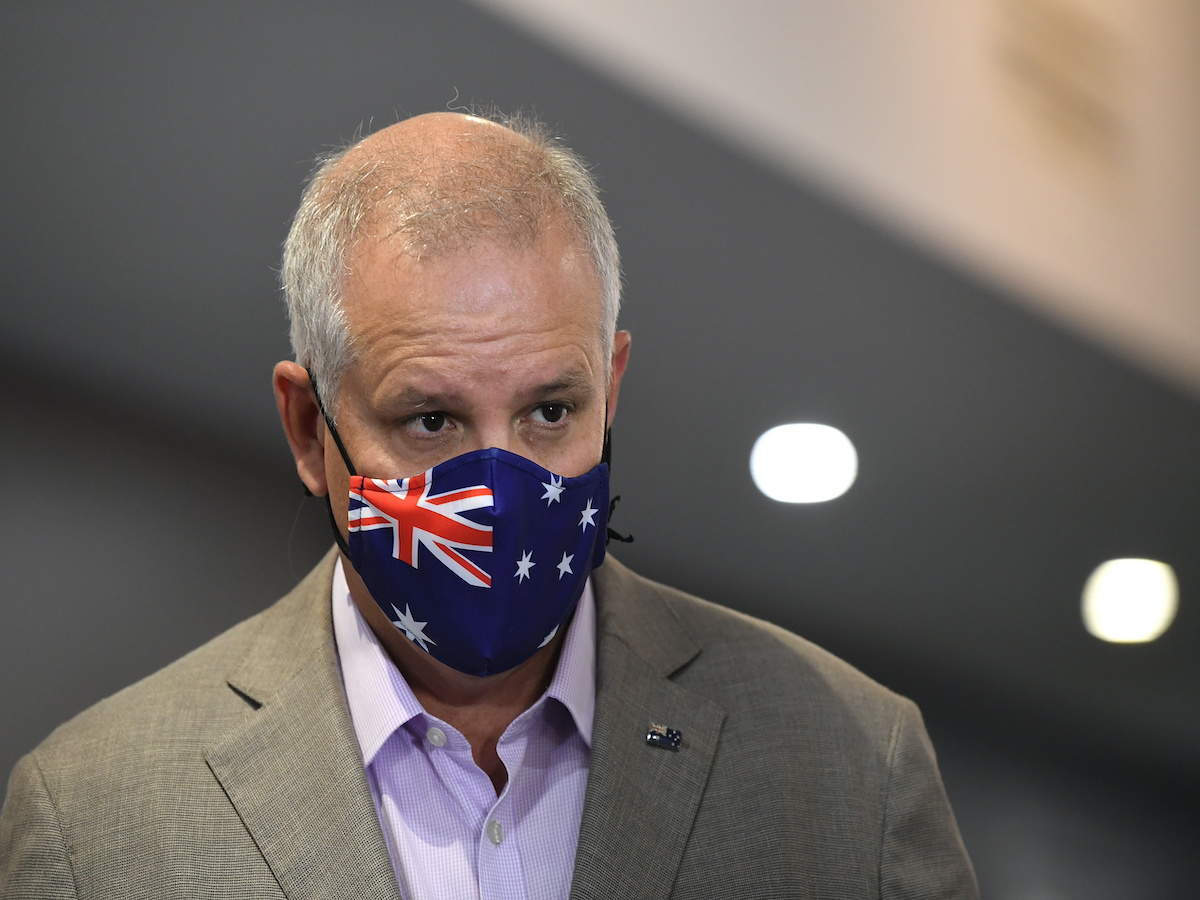 Terming as “historic” his first-ever Quad meeting with leaders from the US, India and Japan, Australian Prime Minister Scott Morrison said on Friday that he was keen to discuss with “close friends” the issues of Covid-19 and security and maritime challenges across the Indo-Pacific region.

Known as the “Quadrilateral Security Dialogue,” representatives for the four-member nations have met periodically since its establishment in 2007.

Prime Minister Narendra Modi, US President Joe Biden, Australian Prime Minister Morrison, and his Japanese counterpart Yoshihide Suga will attend the virtual summit, which is the first conclave of the top leaders of the Quadrilateral alliance, on Friday.

“First of all, I’m looking forward very much to later this evening, in fact, the early hours of tomorrow morning. I will be joining President Biden and Prime Minister Modi and Prime Minister Suga from Japan in what will be the first-ever leaders meeting of what is known as the Quad,” Morrison said.

Describing it a “historic meeting” of four leaders representing the nations that are “close friends”, the Australian prime minister said he was looking forward to the discussions that will be over a range of topics.

“I’m sure there will be many other issues that we address and technology partnerships will be necessary to achieve those goals. So, it is an historic moment and I think it does demonstrate Australia’s agency in the world. This is something that we have been working towards for many years now. It has been a goal of ours to see the leaders meeting of the Quad come together,” he added.

The meeting to be held virtually is expected to last about 90 minutes, during which all the four leaders would also lay out their vision of a free and open Indo-Pacific. amidst China flexing its muscles in the strategically-vital region.

“There have been meetings of foreign ministers. There have been many other meetings. But when governments come together at the highest level, this shows a whole new level of cooperation to create a new anchor for peace and stability in the Indo-Pacific and working with important other partners in the region, and particularly the ASEAN nations and their view of the Indo-Pacific that so much informs our own,” Morrison said.

Earlier on Wednesday, Morrison said the Quad was about “four like-minded countries coming together” to ensure “an open, independent, sovereign Indo-Pacific”.

“It is another key step forward in how Australia has sought to keep Australians safe, by ensuring that we’re working with our partners, with our allies in particular,” he said.

Federal trade minister Dan Tegan also said the Quad meeting was a historic one with a positive agenda.

“This is about us engaging with like-minded liberal democracies to address important issues in the Indo-Pacific. And, it’s positive engagement in the Indo-Pacific that has led to our region prospering like it has since the Second World War, and China has been a key beneficiary of that,” he said.

“The economic growth which has occurred in China since the Second World War has been extraordinary, and we want to make sure that all countries in the Indo-Pacific can enjoy what a free and open Indo-Pacific can lead to,” Tegan said.

The South China Sea and the East China Sea are stated to be rich in minerals, oil and other natural resources. They are also vital to global trade. Although the US lays no claims to the disputed waters, it has challenged China’s growing territorial claims in the South China Sea by deploying warships and fighter jets to assert freedom of navigation and overflight patrols in the strategically vital region.

The evolving situation in the Indo-Pacific region in the wake of China’s increasing military muscle-flexing has become a major talking point among leading global powers. The US has been favouring making Quad a security architecture to check China’s growing assertiveness.

Sport dsj1031 - June 14, 2021 0
Stefanos Tsitsipas pulled out of the Wimbledon warm-up event in Halle, Germany, on Monday because of personal reasons after surrendering a two-set lead...

Stefanos Tsitsipas pulls out of Wimbledon warm-up event due to personal...