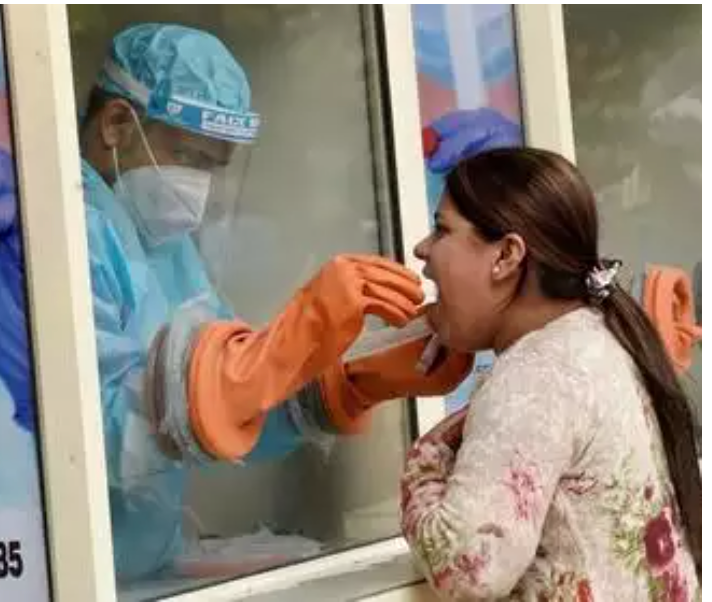 New Delhi: Delhi on Monday recorded 368 new Covid-19 cases, while the positivity rate stood at 0.59%, according to the data shared by Delhi government’s health department.

On Friday, Delhi had recorded 431 cases, the highest in over two months, and the count on Thursday was 409.

The Covid-19 death climbed to 10,944 on Monday, with three more fatalities being reported in the national capital, the bulletin said.

The numbers had started to come down in February.

On February 26, the month’s highest daily count of 256 cases was recorded.

Meanwhile, the new coronavirus cases recorded on Monday took the infection tally to 6,44,064, the bulletin said.

The number of active cases of the disease in the city rose to 2,321 from 2,262 on Sunday. Health experts and doctors have attributed this “sudden rise” to people turning complacent, not following Covid-appropriate behaviour and “assuming all is well now”.

Delhi health minister Satyendar Jain said the pandemic situation in the national capital is “under control” as long as the positivity rate is below 1%. The situation in Maharashtra and a few other states, where high positivity rates are being recorded, is different, Jain asserted.

Democrats hoping for a breakthrough after months of Republican obstruction on Jan. 6 commission

Politics dsj1031 - May 11, 2021 0
In essence, they want a commission that looks past the attack on the Capitol to pretend that antifa is as much of a threat as...

World dsj1031 - May 11, 2021 0
Liverpool and Egypt footballer Mohamed Salah calls on world leaders to ‘make sure the violence and killing of innocent people stops immediately’.Liverpool footballer...

‘You are entirely and completely incorrect’—Dr. Fauci educates Rand Paul on medical research

Politics dsj1031 - May 11, 2021 0
Sen. Paul spoke for about one minute, promoting the conspiracy theory that, under Dr. Fauci’s guidance, the U.S. government, through work done by...

Democrats hoping for a breakthrough after months of Republican obstruction on...

‘You are entirely and completely incorrect’—Dr. Fauci educates Rand Paul on...