Vijay Hazare 2020/21: Five players who have sent a message to Indian selectors with their performances

Prithvi Shaw responded to being dropped from the series vs England with an incredible run of form in the Vijay Hazare Trophy, where he was the Mumbai captain. He capped off the run with a 30-ball fifty in the final, also becoming the first player to accumulate 827 runs in a single edition of the tournament.

The 21-year-old scored four hundreds, including a record-breaking 227* against Puducherry. The other Indian opener to have made an impression in the domestic 50-over tournament this season, Padikkal’s 737 runs in 7 games at an average of 147.4 and scored at a strike-rate of 95.96 make him the second highest run scorer in the year after Prithvi Shaw.

The Karnataka player managed to cross the 50-run mark in each of his seven innings, as he scored 4 centuries and 3 half-centuries. He smashed 4 centuries on the trot; thus becoming only the first player to achieve this feat His lowest score in the tournament was 52.

Myyyy godddd . Take a bow @PrithviShaw and @devdpd07 , these boys are dominating in the Vijay hazare trophy. If ever there was a term “break the door” in terms of selections for team India , THIS IS IT. #Unbelievable #outstanding

What Prithvi Shaw did with the bat for champions Mumbai, Dhawal Kulkarni did with the ball. The 32-year-old picked up 14 wickets in 6 games at a strike rate of 19 while maintaining an economy of just 3.72. He also bowled 10 maiden overs. 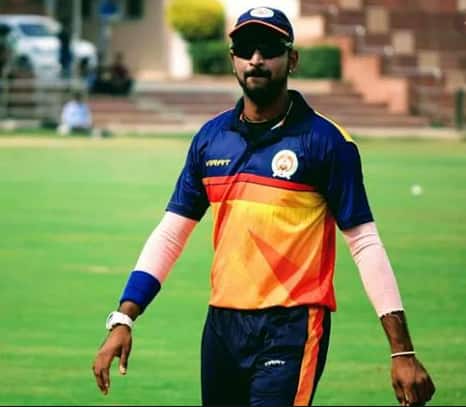 The Baroda captain also sent a message to the selectors as they finalize the Indian squad for the T20 World Cup, fighting a lone battle for his team, even as they failed to progress to the later stages.

He smashed 388 runs in just 5 games at an average of 129.33 and strike rate of 117.93. The Mumbai Indians all-rounder also picked up 5 wickets while conceding at 5.31. He also registered two centuries and two fifties in the season.

Rishi Dhawan continued his fine showing in the Syed Mushtaq Ali Trophy with another fine run of form in the league stages of the 50-over tournament. In 5 games, he scalped 16 wickets at a strike rate of 14.5 while maintaining an economy rate of 5.45. Rishi also scored 150 runs at a strike rate of over 90.

He was the third-highest wicket-taker in the Vijay Hazare Trophy season. The all-rounder demolished the batting lineup of Rajasthan and picked up his best bowling figures in the tournament with 6 wickets for 27.