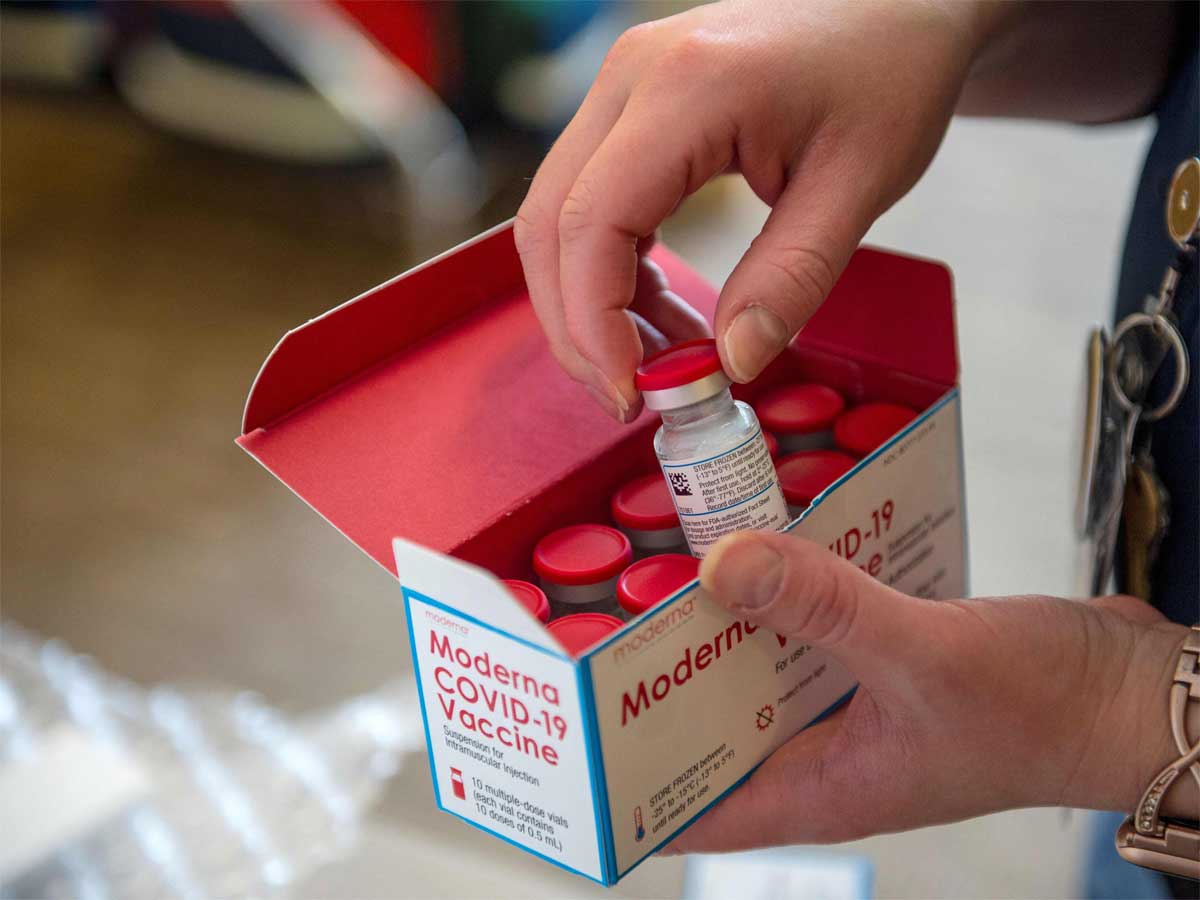 Canada once was hailed as a success story in dealing with the coronavirus pandemic, faring much better than the United States in deaths and infections because of how it approached lockdowns. But the trade-dependent nation has lagged on vaccinating its population because it lacks the ability to manufacture the vaccine and has had to rely on the global supply chain for the lifesaving shots, like many other countries.

With no domestic supply, Prime Minister Justin Trudeau‘s government bet on seven different vaccines manufactured elsewhere and secured advance purchase agreements – enough to get 10 doses for each of Canada’s 38 million people. Regulators have approved the Pfizer, Moderna, AstraZeneca and Johnson & Johnson vaccines. While acquiring them has proven difficult, that gamble appears to be about to pay off.

Although Canada’s economy is tightly interconnected with the US, Washington hasn’t allowed the hundreds of millions of vaccine doses made in America to be exported, and Canada has had to turn to Europe and Asia.

“Our best friend and neighbor, the United States, has a Pfizer vaccine plant in Kalamazoo, Michigan. I can shoot a puck from Kalamazoo and hit Ontario, yet we’re not getting our Pfizer vaccine from them,” said Dr. Isaac Bogoch, an infectious disease scientist at the University of Toronto.

The vaccine supply chain difficulties have forced Canada to extend the time between the first shot and the second by up to four months so that everyone can be protected faster with the primary dose. The hope is to get all adults at least one shot by the end of June.

“It’s not just Canada that is experiencing turbulence. The entire globe is undertaking the largest mass vaccination campaign in its history with completely new supply chains,” Procurement Minister Anita Anand said in an interview with The Associated Press.

According to the World Health Organization, nearly 80 per cent of the vaccines manufactured so far have been administered in only 10 countries.

The “insatiable global demand” for vaccines has forced the competition against bigger economies like the EU, the U.K. and the U.S., Bogoch said, “and on top of that you are also competing in an environment where there’s protectionist laws.”

Overall, Canada has weathered the pandemic better than most countries in per capita deaths and infections. More than 530,000 Americans and 125,000 U.K. citizens have died, compared with just over 22,000 in Canada.

But not having rapid access to vaccines could be costly amid a surge in variant Covid-19 cases. The financial capital of Toronto largely remains on lockdown.

“There will be a fair amount of envy as Canadians wait and watch Americans with substantially more freedoms,” said Dr. Andrew Morris, a professor of infectious diseases at the University of Toronto.

Sport dsj1031 - June 18, 2021 0
Shafali Verma continued to amaze the cricketing world with her audacious strokeplay as she became only the fourth player in the history of...