Europe’s suspension of the AstraZeneca vaccine may be driven as much by politics as science, Health News, ET HealthWorld 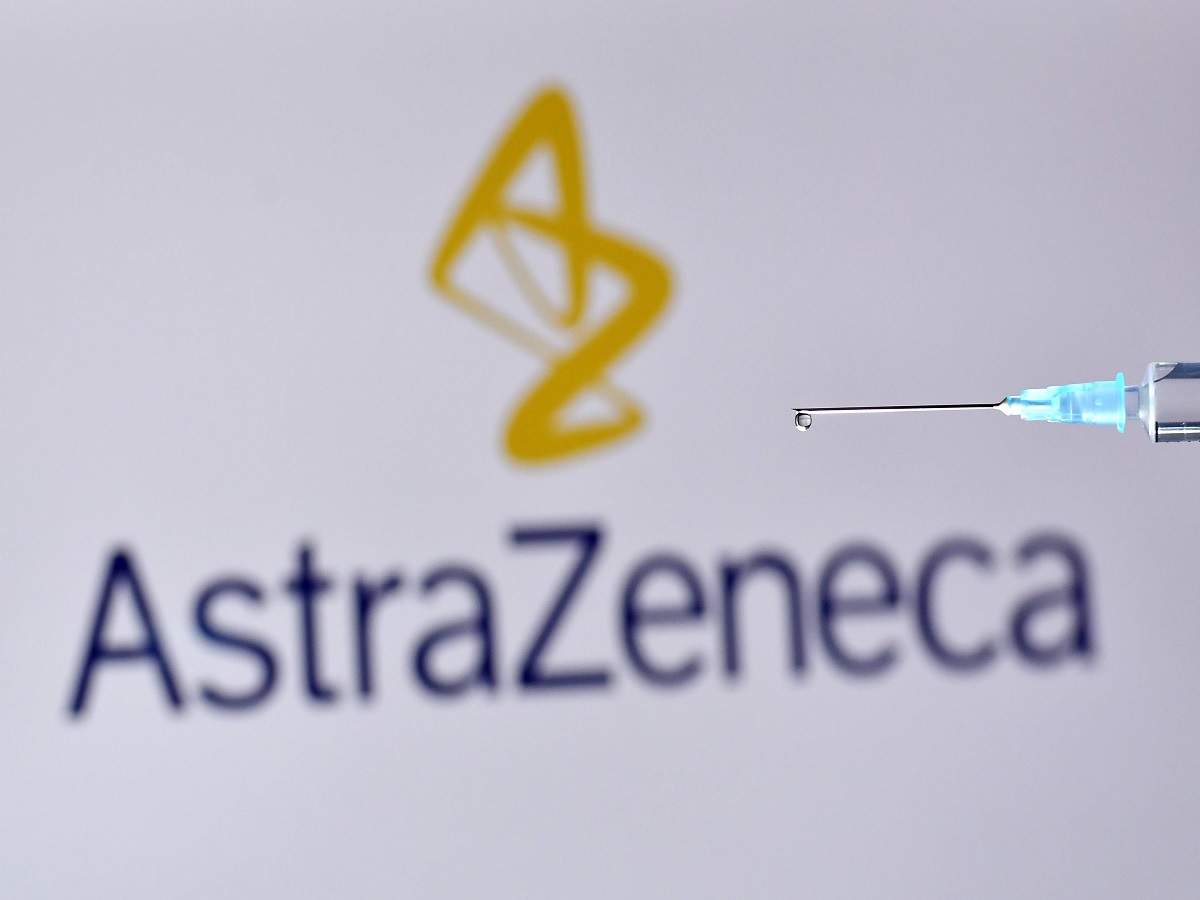 After days of touting the safety of AstraZeneca’s vaccine, Italy’s Health minister, Roberto Speranza, took a call from his German counterpart Monday and learned that Germany was concerned enough about a few cases of serious blood clots among some who had received the vaccine to suspend its use.

For Italy and its neighbors, that call could not have come at a worse time.

Their vaccine rollouts were already lagging because of shortages, and they were encouraging people to get those shots that were available. Only days earlier, Prime Minister Mario Draghi reassured Italians who had become wary of the AstraZeneca vaccine. “There is no clear evidence, clear correlation, that these events are linked to the administration of the vaccine,” he said.

But once Germany hit pause, the pressure mounted on other governments to do the same, lest public opinion punish them if they seemed incautious by comparison, and for the sake of a united European front.

German’s decision set off a domino effect of defections from the vaccine. A cascade of countries — Italy, France and Spain — soon joined the decision to suspend AstraZeneca, dealing a significant blow to Europe’s already shaky inoculation drive despite a lack of clear evidence that the vaccine had caused any harm.

On Tuesday, the European Union’s top drug regulator pushed back against concerns about the shot, saying that there was no sign of its causing dangerous problems and that its lifesaving benefits “outweigh the risk of the side effects.” The European Medicines Agency was still studying the issue, said Emer Cooke, its executive director, adding that there was “no indication that vaccination has caused these conditions.”

It appears increasingly clear that the suspensions have as much to do with political considerations as scientific ones.

“There is an emotional situation that is the fallout from this case that started in Germany,” Giorgio Palù, the president of Italy’s Medicines Agency, said on Tuesday. He said: “There is no danger. There is no correlation at the epidemiological level.”

The agency’s director was more explicit.

“It was a political choice,” Nicola Magrini, the director, told La Repubblica newspaper Monday, saying that Italy suspended the administration of the AstraZeneca vaccine because other European countries had decided to do so.

By Tuesday, some governments were already recasting their decisions as a step to buck up confidence in vaccinations — a regrouping, of sorts, of a troubled effort. But for now, the suspensions seem certain to have had the opposite effect, further delaying Europe’s stumbling rollout and perhaps putting at risk hundreds or thousands more lives.

Analysts say the delays will make it exceedingly difficult for any European country to meet a goal of vaccinating 70% of residents by September, and will raise pressure on governments to secure vaccines that have not yet been authorized by the bloc’s regulators.

France said in a statement Tuesday that President Emmanuel Macron and Italy’s prime minister, Draghi, had discussed the decision to suspend use of the AstraZeneca vaccine and that comments made by European health regulators Tuesday were “encouraging.”

Suspending use of the vaccine is a “temporary precaution” while countries wait for the European Medicines Agency’s assessment, the statement said.

“Emmanuel Macron and Mario Draghi are ready to very quickly resume vaccination campaigns with the AstraZeneca vaccine if the additional examination by the EMA yields positive conclusions,” the statement said.

But Monday’s decisions may have already set back Europe’s vaccination campaign at a perilous moment of the pandemic, as the Continent confronts a third wave of infections driven by new variants.

The clinical trials of the AstraZeneca and other vaccines were large enough that they would have raised an alarm about any common side effects, scientists said. But rare events were most likely to surface only once mass inoculations began.

No causative link has yet emerged between the vaccine and blood clots or severe bleeding, and the European Union’s medicines agency has said the vaccine should remain in use. Health officials in Europe on Tuesday said that the concerns had less to do with the low number of clotting problems than with their unusual manifestations, especially in younger people.

But there have been shifting concerns about the vaccine in Europe.

At first, countries like Austria reported rare but serious cases of blood clotting. European regulators, though, have said those conditions were no more prevalent in vaccinated people than anyone else. And they are more common in older people, who have been the target of vaccination campaigns.

As those concerns seemed to dissipate, some countries began reporting small numbers of other, seemingly unrelated problems: low platelets, a blood component essential for clotting, in patients in Norway, as well as clots in a channel that drains blood from the brain in German recipients of the vaccine. The German patients were younger than 50, adding to the concern of health officials.

It is not yet known whether those conditions were related to vaccines, either.

Some cases of immune thrombocytopenia, the disorder characterized by a lack of platelets, have also been reported in the United States in people who have received the Pfizer or Moderna vaccines.

But whatever the case, scientists said that the disorders were so exceedingly rare — even in people who had been vaccinated — that the most lives would be saved by continuing to administer vaccines.

“We need to do the thing that reduces the burden of total risk in the community,” said Naor Bar-Zeev, a public health expert at the Johns Hopkins Bloomberg School of Public Health. “At this stage, that means continuing to vaccinate, but making sure we have very rapid, very thorough, and as good as possible an analysis of the available safety data.”

European countries have not been weighing a decision about just any vaccine. Their concerns center on AstraZeneca, a company with which they have had poisonous relations since it drastically scaled back projected vaccine deliveries for the early part of 2021.

That spat prompted the EU to tighten rules on the export of those shots and others from factories within the bloc. And it deepened a long-standing distrust of the vaccine among some European health officials. The bloc was slow to authorize the vaccine, waiting until a month after Britain had done so.

Even once European regulators authorized it, a number of member states restricted the vaccine’s use to younger people, citing insufficient clinical trial data on its use in older people.

That decision may come back to haunt European lawmakers: Britain, which has given the vaccine to all adults, has since showed that a first dose substantially reduced the risk of older people becoming ill with COVID-19.

Just as EU member states broke with the bloc’s centralized drug regulator in initially restricting the vaccine to younger people, they split with regulators a second time in pausing rollouts altogether this week. Analysts said that reflected a growing impatience with the bloc’s bureaucracy in the midst of a disastrously slow vaccine rollout.

“It’s been a terrible blow to Europe’s self-confidence, I’d say, on the international stage,” said Johan Norberg, a Swedish-based historian who has written about the Continent’s pandemic response. “We always have that tendency of retreating to our own national politics.”

Those political considerations rippled across the Continent in recent days after someone in Austria who had been given the AstraZeneca vaccine died after developing blood clots. An unremarkable event, it nevertheless prompted that country in early March to stop using a batch of that vaccine. Other countries soon followed suit, raising an alarm about any new reports of blood clotting, rare as they may have been.

In recent days, Spain’s Health minister, Carolina Dorias, spoke to her counterparts around the Continent, according to an official from the ministry, who asked not to be named because the discussions were private. There was a case of thrombosis detected in Spain last weekend, and some regions had stopped distributing a batch of AstraZeneca vaccines, amid safety concerns.

But the chief motivation was political.

France, too, appeared to bow to pressure to act in unison with its powerful neighbors. It had been relying on the AstraZeneca vaccine to catch up on vaccinations after its glacial start, and Olivier Véran, France’s Health minister, had said only days ago said there was “no reason to suspend.”

But after Germany made its intentions clear — and public — Macron had a choice between following suit or being an outlier. And so on Tuesday, Véran changed his tune. France, he told Parliament, had to “listen to Europe, listen to all the European countries.”

That was the sort of thing Speranza, Italy’s Health minister, expected might happen after he spoke with his counterpart in Germany, in a discussion recounted by an Italian official with knowledge of it.

When Speranza brought the issue to Prime Minister Draghi, he noted the unbearable public pressure Italy would face if it alone used a vaccine considered too dangerous for Europe.

Draghi, a champion of European unity, checked in with Chancellor Angela Merkel in Berlin, and with Speranza decided to suspend AstraZeneca until Europe’s medicines agency gave it the all clear.

As the damage of the delays became clear Tuesday, European officials tried to play down the disruption. They said they were only waiting for European regulators to complete a fast review of the problems before they began vaccinating people with the AstraZeneca shot again.

Italy even argued that once European regulators gave their recommendation Thursday, as is expected, it would quickly make up the 200,000 vaccines lost to the suspension, in part, the government said, with help from the Pfizer vaccine.

For many European scientists, that is a tortured argument, and the suspensions a devastating miscalculation.

“It’s right regulators investigate safety signals,” said Michael Head, a senior research fellow in global health at the University of Southampton. “But pausing a vaccine rollout during a pandemic, when there’s a lot of COVID-19 around, is quite a dramatic decision to make — and I’m not seeing why you would do it.”

And for a European Union that has preached the virtues of sticking together throughout the pandemic, even when it slowed down their vaccination campaign, the decisions showed the pitfalls of moving in lockstep.

“It’s unity of panic,” said Nathalie Tocci, director of Italy’s Institute of International Affairs and an adviser to the EU’s foreign policy chief.