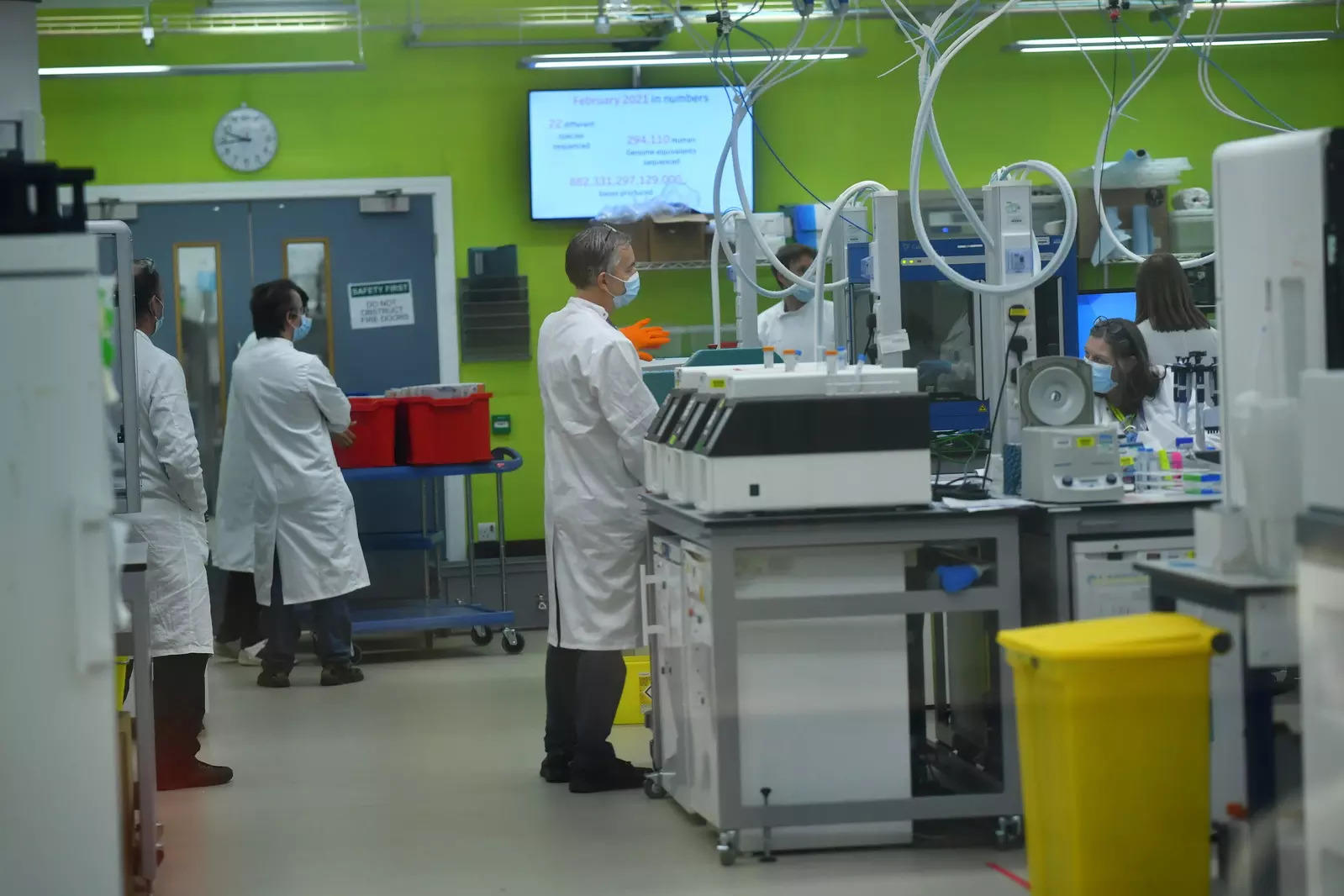 Solna [Sweden]: More than 1,200 people with rare diseases have received a diagnosis thanks to the integration of large-scale genomics into the Stockholm region’s healthcare system. This is according to a study from Karolinska Institutet in Sweden that analysed the result of the first five years of collaboration on whole-genome sequencing between Karolinska University Hospital and SciLifeLab.

The work, published in Genome Medicine, constitutes a major leap forward in the emerging field of precision medicine.

“We’ve established a way of working where hospital and university collaborate on sequencing each patients’ entire genome in order to find genetic explanations for different diseases,” says the paper’s first author Henrik Stranneheim, a researcher at the Department of Molecular Medicine and Surgery, Karolinska Institutet. “This is an example of how precision medicine can be used to make diagnoses and tailor treatments to individual patients.”

Large-scale whole-genome sequencing technology, which is the process of determining an individual’s complete set of genetic material, has made rapid advances over the recent decade. Despite this, few clinics worldwide routinely use it to diagnose patients.

Just over five years ago, the Karolinska University Laboratory and the Clinical Genomics facility at SciLifeLab launched the Genomic Medicine Center Karolinska-Rare Diseases (GMCK-RD), which involves researchers from among others Karolinska Institutet and KTH Royal Institute of Technology.

In the first five years, the center carried out genome sequencing of 3,219 patients, which led to molecular diagnoses for 1,287 patients (40 percent) with rare diseases. The results are described in the paper now published.

The researchers found pathogenic mutations in more than 750 genes and discovered 17 novel disease genes. In some cases, the findings have enabled personalised treatment for patients with, for example, inherited metabolic diseases, rare epilepsies and primary immune deficiencies.

“Clinical whole-genome sequencing has had huge implications for the area of rare diseases,” says Anna Wedell, professor at the Department of Molecular Medicine and Surgery, Karolinska Institutet, and one of the paper’s corresponding authors. “Used in the right way, targeted at each patient’s specific clinical situation, new groups of patients can receive the right diagnosis and treatment in a way that hasn’t been possible before.”

One of the main challenges of whole-genome sequencing is to manage and interpret the millions of genetic variants that exist in each individual. The centre has therefore developed a model that directs the initial analysis to pathogenic variants in genes deemed relevant for each patient’s clinical symptoms. This means that doctors have an important part to play in deciding which genetic analyses should be done first.

If the first assessment fails to produce a result, the analysis is broadened to more gene panels until a diagnosis can be established and/or the whole genome is sequenced. This process has also enabled the identification of several previously unknown disease genes, which presents new opportunities for in-depth exploration of pathogenic mechanisms.

A significant undertaking is currently underway to implement a similar working method on a broader front in the Swedish healthcare sector. For example, Karolinska Institutet and Karolinska University Hospital recently established a joint center for precision medicine (PMCK) that will consolidate and expand the collaboration around precision medicine.

“For us to succeed with precision medicine, a multidisciplinary collaboration between health care and academia is essential,” says the paper’s second corresponding author Anna Lindstrand, professor at the Department of Molecular Medicine and Surgery, Karolinska Institutet and consultant at Karolinska University Hospital’s Department of Clinical Genetics. “Through these initiatives, we combine clinical expertise with bioinformatic tools and together deliver accurate diagnoses and individualized treatments.”