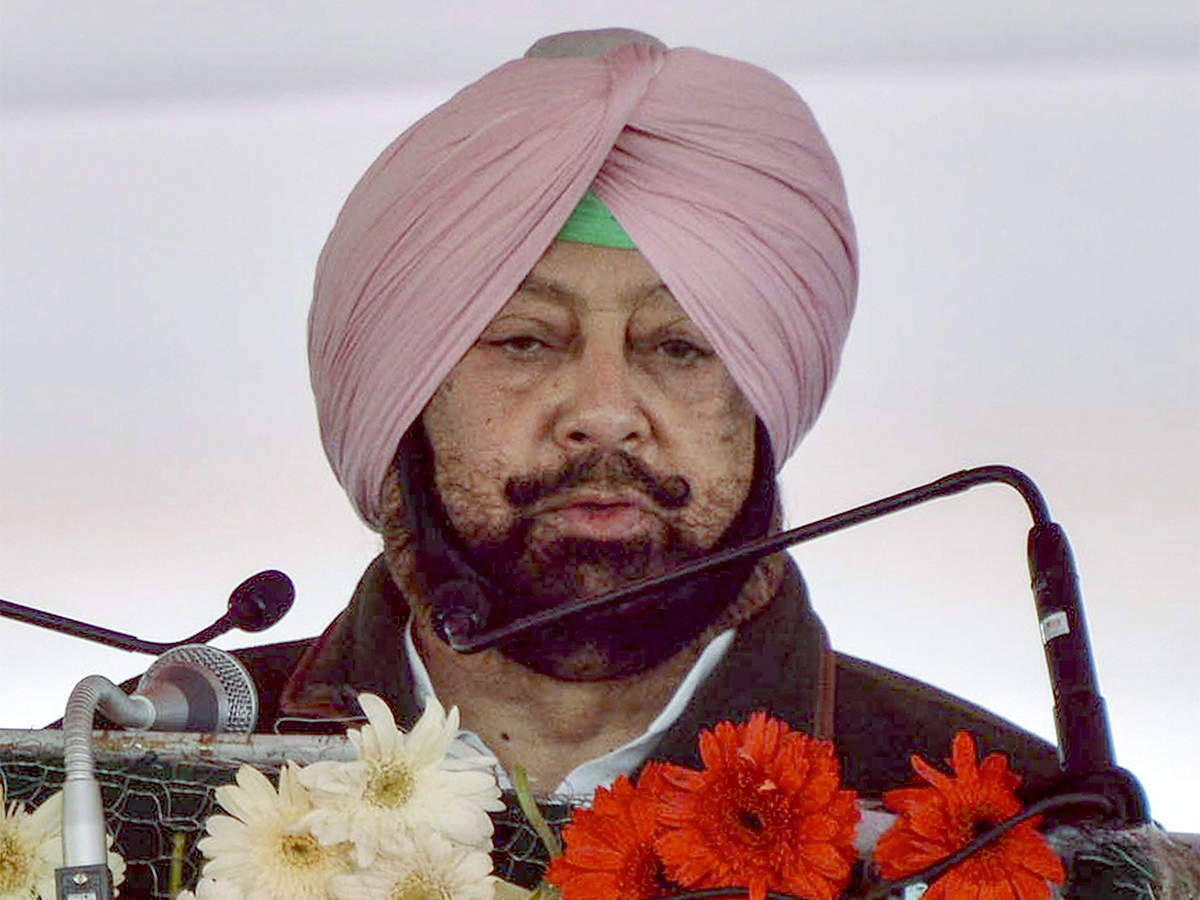 Amid rising coronavirus cases in Punjab, Chief Minister Amarinder Singh on Wednesday urged the Centre to review its Covid-19 immunisation strategy and vaccinate all age groups in selected areas. During a virtual interaction of Prime Minister Narendra Modi with chief ministers over the pandemic situation and the ongoing vaccination drive, Singh sought occupation-based immunisation.

He called for inoculation of school and college students and teachers, judges, bus drivers and conductors, panches and sarpanches, mayors, municipal committee presidents, councillors, MLAs and MPs to pave the way for normalisation of crucial activities and to check Covid-19 super-spreaders.

The Punjab chief minister also advocated early opening of courts to end the wait for justice, and also of schools and colleges to bridge the gap between poor and affluent families in terms of education, according to a government statement.

During the interaction, Prime Minister Modi expressed concern over the rise in Covid-19 cases in parts of the country and called for “quick and decisive” steps to check the “emerging second peak”.

He said in states like Maharashtra, Punjab and Madhya Pradesh the number of coronavirus cases has seen a rise while nearly 70 districts in the country have seen an increase in the positivity rate by over 150 per cent of late.

Punjab has been witnessing a surge in coronavirus cases for the last few weeks. The active cases in the state surged to 12,616, with the daily positivity rate climbing to over 5 per cent.

During the prime minister’s virtual review meeting, Singh suggested that any area where weekly testing shows a doubling of positivity rates should immediately be considered for vaccination of all age groups.

This would lead to better outcomes than the periodic cycles of vaccination targeting a small section of the population in each cycle, he said.

The daily Covid-19 positivity rate has climbed to more than 5 per cent in March from a low of less than 1 per cent in January. So far, 1.99 lakh positive cases have been reported from 54 lakh tests and 6,099 people have died of the infection, the chief minister said.

He blamed the surge in cases on fatigue or laxity in following Covid-appropriate behaviour, large social and religious gatherings and efforts at normalisation such as the opening of schools and colleges. Singh said the trend was worrying as the state had reported a total of 1,475 cases and 38 deaths on Monday, preceded by 1,843 cases and 43 deaths the day before.

Punjab finance minister Manpreet Badal and SAD president Sukhbir Badal have also tested positive for Covid-19, he said. “We are making a policy, we will be more strict from tomorrow.” Apart from covering the entire population in selected areas, certain co-morbidity situations among those below 45 years, such as kidney and liver diseases, should also be covered across the state, the chief minister recommended.

With the role of virus mutation in the rise in cases still unclear, Sing underlined the need to strengthen viral sequencing, particularly in Punjab, “as over 50 per cent positive cases now are below 40 years of age, and we need to urgently assess whether this is due to any variant”. The state had sent a large number of samples for genome sequencing but very few results had been received, of which two indicated the presence of a mutant virus, he said.

Singh reiterated the demand for permission by the Centre to use the State Disaster Relief Fund for Covid management. The Ministry of Home Affairs may issue the approval urgently, he stressed. Home Minister Amit Shah suggested that the state should increase the pace of vaccination and also formulate a separate strategy for districts with a higher caseload.

Listing out the measures taken by his government to battle the rise in cases, Amarinder Singh revealed that Punjab has imposed restrictions on social gatherings – a maximum of 100 for indoor events and 200 for outdoor events. Nine districts have imposed night curfew from 11 pm to 5 am, while other districts have been asked to assess the situation and take action accordingly.