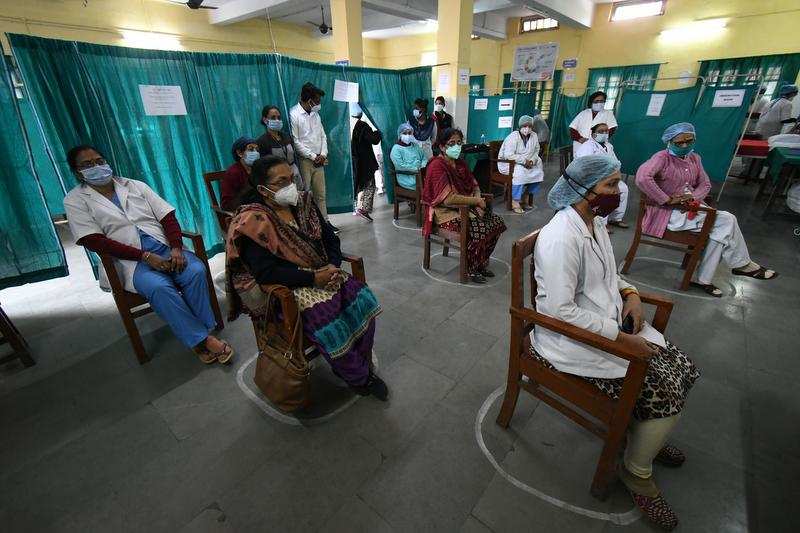 The Chief Medical Officer (CMO) of Barabanki district, Dr. B.K.S. Chauhan removed the Superintendent and attached him to the district T.B. hospital in Barabanki.

The probe has been handed over to the Additional Chief Medical Officer (ACMO).

According to reports, Dixit was not able to achieve the vaccination target so he sent a team of auxiliary nurse midwife (ANM) and a vaccination drive was held at a primary school in the Saidanpur village on March 17 where over 22 people were vaccinated.

Meanwhile, dozens of elderly people were also vaccinated at the house of a village head candidate in the Amarpur village Panchayat.

Both the incidents are in severe violation of cold chain rules mandated by the government over the Covid vaccine administration.

Since Ramnagar has a CHC, inoculations had to be done at the health centre only.

However, at the behest of the superintendent, the health workers went to the village with the vaccines in a box, used to carry polio drops.

CMO of Barabanki district, Dr. B.K.S. Chauhan, said. “There has been extreme carelessness regarding the Covid vaccine protocol. Dr. Rajiv Dixit has been removed from Ramnagar for sending a team for village-to-village vaccination. The investigation of this entire case has been submitted to the ACMO,” he said.

Dr. Rajiv Dixit has a history of controversies. He was removed from Suratganj CHC after an audio of him abusing and threatening a health worker on the phone went viral. A case was also filed against him.

Many ASHA and ANM workers have also accused him of extortion.

Politics dsj1031 - June 13, 2021 0
Nearly two decades later, the strike is still known as one of the largest protests in the history of Chinatown. The success of the strike,...

World dsj1031 - June 13, 2021 0
It's been more than 20 years since Nigeria transitioned to civilian rule but millions are still struggling. Source link

How the Asian American-led 1982 garment strike shaped three decades of...