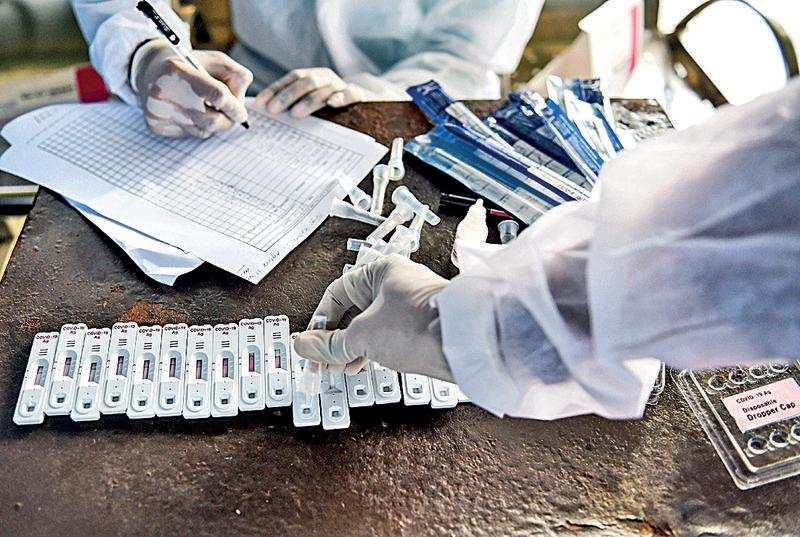 Rome: The official in charge of health matters in Sicily resigned Tuesday after being named in a probe over the alleged falsifying of data on the Italian island’s coronavirus situation.

Ruggero Razza denied wrongdoing but said he was stepping down to avoid further controversy after being targeted in an investigation that has also seen three arrests.

Italy’s regional governments send daily data on infection rates and deaths among other information to Rome, which is used to decide what restrictions to impose — measures that have a huge economic impact.

According to Italian newspapers, Razza was caught on a phone wire tap discussing numbers of deaths with a local health official, and said: “Let’s spread them around a bit.”

The official on the call was among those arrested in the probe, which reportedly alleges that reports of deaths and new cases were spread out over time to make the situation look better than it really was.

“I would like to reiterate that in Sicily, the epidemic has always been carefully monitored,” Razza said.

“We did not need to hide the number of infected people or lower the epidemiological impact because we have ourselves often anticipated the decisions of Rome and adopted stricter measures,” he added.

Palermo mayor Leoluca Orlando said in a statement that the Sicilian capital would be a civil party in any legal proceedings, given the impact coronavirus measures have had on the area.

Most of Italy is currently under tough restrictions to combat a third wave of coronavirus infections. The pandemic has so far left more than 108,000 people dead in Italy, according to the official health ministry toll.

Sport dsj1031 - April 10, 2021 0
Chennai Super Kings captain Mahendra Singh Dhoni said his bowlers will have to pull up their socks after a “poor” outing against Delhi...