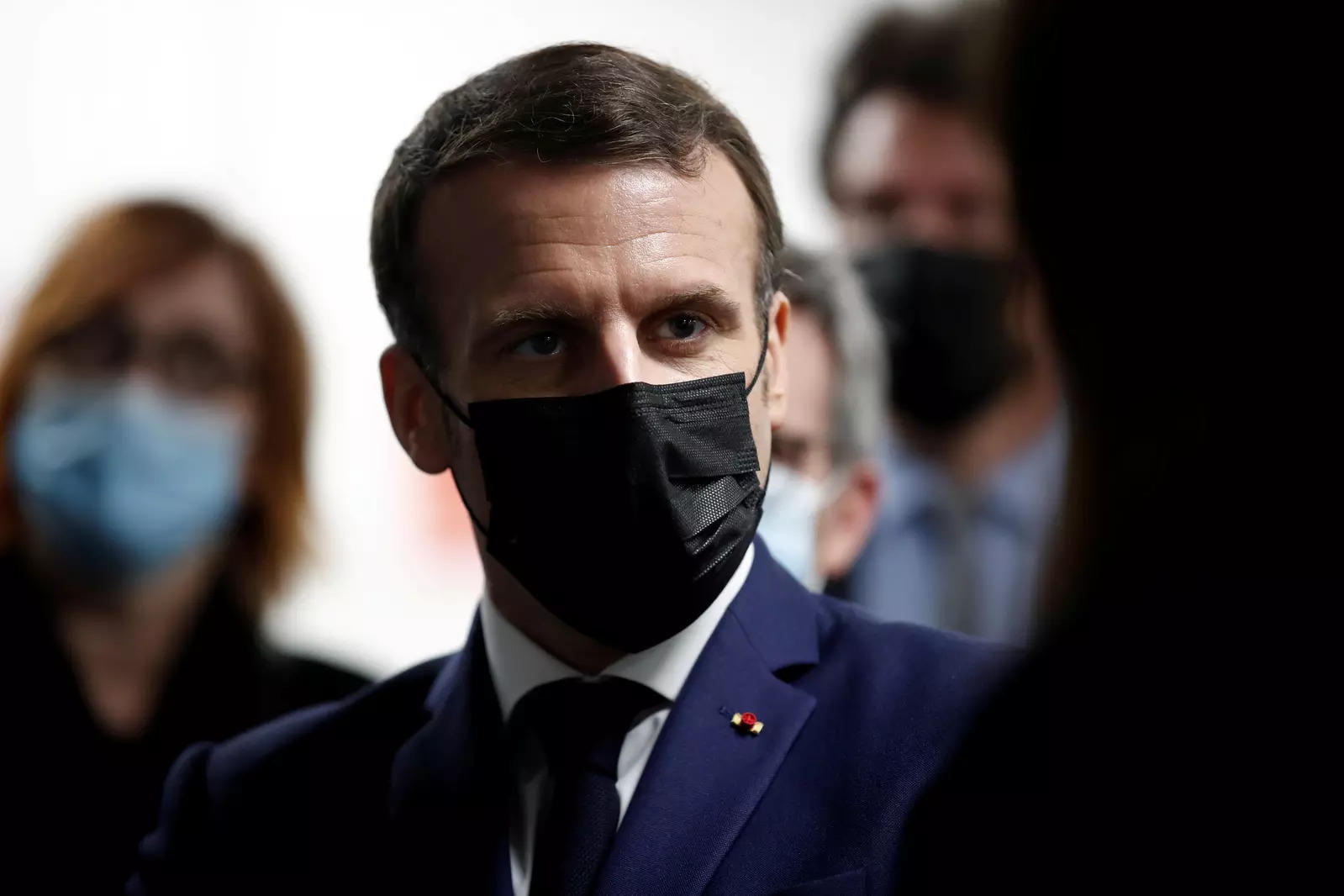 Paris: French President Emmanuel Macron on Wednesday announced a limited nationwide lockdown to battle soaring Covid-19 cases, while Brazil feared further devastation was ahead after its deadliest month of the pandemic so far.

France became the latest European country to relent to stubbornly high coronavirus cases despite Macron repeatedly vowing not to reintroduce a national lockdown, even going against the recommendation of his scientific advisers for one in January.

But with daily cases having doubled to around 40,000 and hospitals in infection hotspots like Paris overflowing, Macron said the current measures “were too limited at a time when the epidemic is accelerating”.

The limited lockdown already in place in regions including Paris would be extended to the whole country from Saturday night for the next four weeks, he said, while schools would close for the next three weeks — two of which are spring holidays.

In an address to the nation, Macron again defended not locking down in January, citing recent such measures in Germany and Italy.

“With our collective choices we gained precious weeks of liberty, weeks of learning for our children, we allowed hundreds of thousands of workers to keep their head above water, without losing control of the epidemic,” he argued.

Brazil meanwhile recorded a staggering 62,704 Covid deaths between March 1 and 30, with hospitals overwhelmed and doctors forced to make agonising decisions over whom to give life-saving care.

“Never in Brazilian history have we seen a single event kill so many people in 30 days,” said Dr Miguel Nicolelis, response team coordinator for the impoverished northeast.

With the southern hemisphere winter now approaching and the virus spreading fast, Brazil is facing “a perfect storm,” he told AFP.

Epidemiologist Ethel Maciel warned that “the worst is yet to come” as the country’s vaccination campaign is advancing slowly due to a shortage of doses.

Health experts say the explosion of cases is partly driven by a local virus variant known as “P1”, which is believed to be more contagious, able to re-infect people who have had the original strain, and has already spread to more than two dozen countries, including the United States, Britain and Japan.

– Chinese jabs show ‘safety’ – The world is looking towards vaccines to break the cycle of infections and restrictions, but Brazil and France are just two of the many countries where rollouts have gotten off to a sputtering start.

On the bright side, the number of available vaccines could be growing.

Experts at the World Health Organization said Wednesday an interim analysis found that two Chinese vaccines, from firms Sinovac and Sinopharm, demonstrated “safety and good efficacy” — but that more data were needed.

The makers of another vaccine, US pharma giant Pfizer and Germany’s BioNTech, are pushing ahead with plans to ramp up production, saying that new data from the US showed their jab was 100 percent effective on 12-to-15-year-olds.

Pfizer said it wanted to start vaccinating youngsters in the US before the start of the next school year.

The US has already rolled out far more vaccine doses than any country, with almost 150 million of the 600 million jabs worldwide administered worldwide.

But it has also suffered more than 550,000 fatalities — the world’s highest toll — and coronavirus was the third leading cause of deaths in the US last year.

Some European countries have restricted access to the AstraZeneca vaccine over reports of blood clotting, but the EU’s drug regulating agency said Wednesday it had found no specific risk factors connecting the jab to the malady.

However, the European Medicines Agency added: “A causal link with the vaccine is not proven, but is possible and further analysis is continuing.”

– No ‘miracle cure’ – Globally, the virus has killed more than 2.8 million people since it emerged in the Chinese city of Wuhan in late 2019.

China has since mostly beaten back the virus. However, after the detection of six cases near the Myanmar border, the city of Ruili will enter a week-long lockdown — the country’s first such move in months.

Greece meanwhile said it will reopen most retail stores and relax leisure restrictions despite high Covid numbers mounting pressure on its health system.

The World Health Organization said Wednesday that the cheap anti-parasite drug ivermectin — touted by some on social media as a Covid-19 “miracle cure” — should not be used to treat coronavirus patients, citing a “very low certainty of evidence”.

With the pandemic devastating the global economy, the World Trade Organization gave a note of hope on Wednesday, saying that global trade is set to increase by eight percent this year, a stronger rebound than had been expected.

However, the critical importance of the fight against the pandemic was lost on Harlock — a one-year-old German Shepherd who was having fun learning how to sniff out Covid-19 in Rome.

“She’s already got it!” he said with a smile.

“Their work is play,” Macera added of his dogs. “These guys are already experts.”