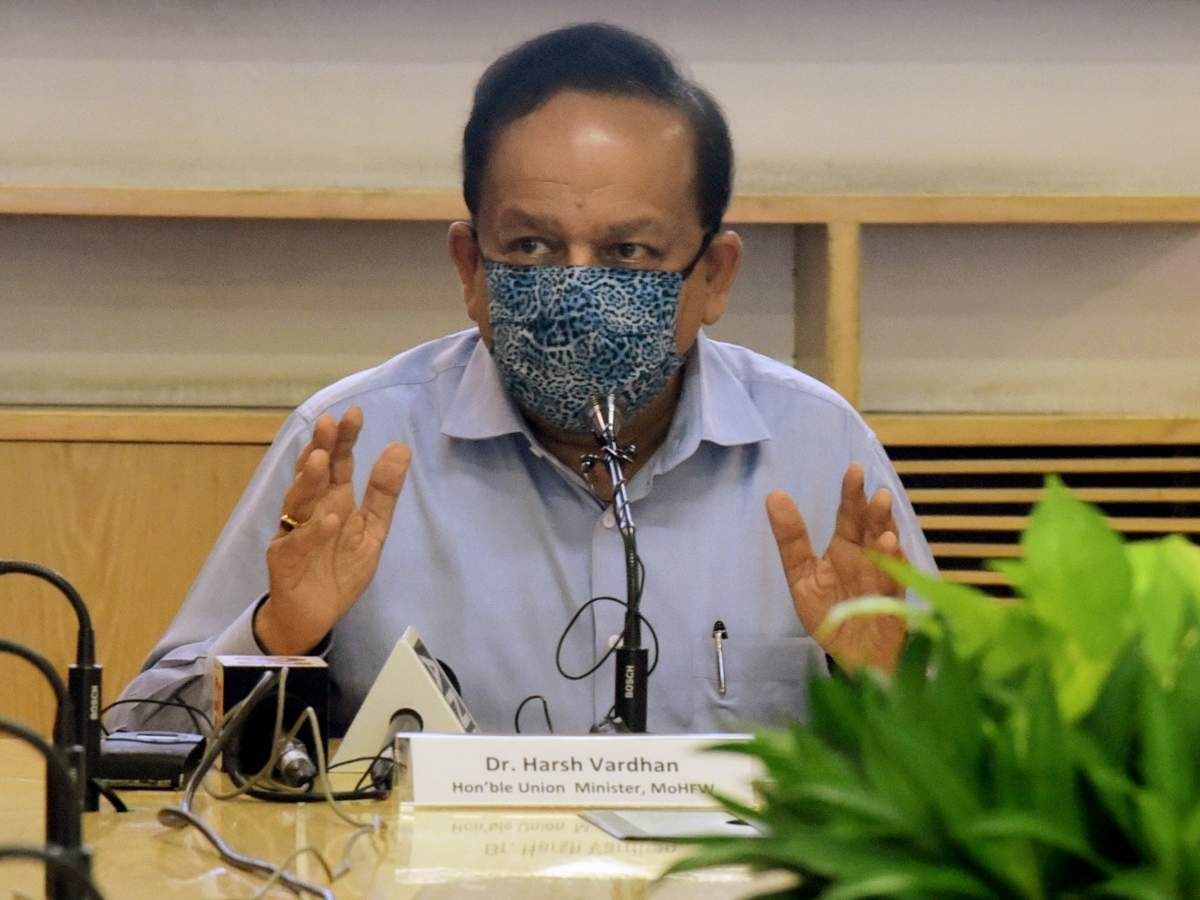 New Delhi: Union Health Minister Harsh Vardhan approved the ‘National Policy for Rare Diseases 2021′ which aims to lower the high cost of treatment for rare diseases, with increased focus on indigenous research and local production of medicines, an official statement said on Saturday. A provision for financial support up to Rs 20 lakh under the Umbrella Scheme of Rastriya Arogya Nidhi is proposed for the treatment of those rare diseases that require a one-time treatment (diseases listed under Group 1 in the rare disease policy).

“Beneficiaries for such financial assistance will not be limited to BPL families, but the benefit will be extended to about 40 per cent of the population who are eligible under the Pradhan Mantri Jan Arogya Yojana,” the health ministry said in the statement.

The financial support for the treatment of rare diseases is proposed under the Umbrella Scheme of Rastriya Arogya Nidhi (RAN) and not under the Ayushman Bharat PMJAY, it stated.

Besides, the policy also envisages a crowd funding mechanism in which corporates and individuals will be encouraged to extend financial support through a robust IT platform for the treatment of rare diseases.

Funds so collected will be utilised by Centres of Excellence (CoEs) for treatment of all three categories of rare diseases as first charge and then the balance financial resources could also be used for research, the statement said.

“The Rare Diseases Policy aims to lower the high cost of treatment for rare diseases with increased focus on indigenous research with the help of a national consortium to be set up with the Department of Health Research, Ministry of Health and Family Welfare as convenor,” it said.

The policy also talks about the creation of national hospital based registry of rare diseases so that adequate data is available for definition of such diseases and for research and development related to rare diseases within the country, it said.

It also focuses on early screening and prevention through primary and secondary health care infrastructure such as Health and Wellness Centres and District Early Intervention Centres (DEICs) and through counselling for high-risk patients, the ministry said.

Screening will also be supported by Nidan Kendras set up by the Department of Biotechnology.

The policy aims to strengthen tertiary health care facilities for prevention and treatment of rare diseases through designating eight health facilities as ‘Centres of Excellence’ and these will also be provided one-time financial support of up to Rs 5 crore for upgradation of diagnostics facilities, it said.

The Draft policy for Rare Diseases was put in public domain on January 13, 2020 on which comments/views were invited from stakeholders, general public, organisations and states and Union territories. All the comments received were examined in depth by an expert committee constituted by the health ministry.

There are also fundamental challenges in the research and development for the majority of rare diseases as relatively little is known about the pathophysiology or the natural history of these diseases, particularly in the Indian context, the statement said.

Rare diseases are also difficult to research upon as the patients pool is very small and it often results in inadequate clinical experience. Availability and accessibility to medicines are also important to reduce morbidity and mortality associated with rare disease. Despite progress in recent years, there is a need to augment effective and safe treatment for rare diseases.

The cost of treatment of rare diseases is prohibitively expensive. Various high courts and the Supreme Court have also expressed concern about lack of a national policy for rare diseases, the statement added.

Sport dsj1031 - April 10, 2021 0
Delhi Capitals’ new skipper Rishabh Pant on Saturday said walking out with Mahendra Singh Dhoni for toss in their IPL opener was a...

Politics dsj1031 - April 10, 2021 0
Gutierrez reportedly saw Lt. Nazario’s car pull into the parking lot, which he admitted was a common occurrence. It was something that happens, “a...

World dsj1031 - April 10, 2021 0
Turkish president says tensions between Kyiv and Moscow over Donbass conflict have to be resolved through dialogue.Turkey’s President Recep Tayyip Erdogan has called...

Black Army Lt. pulled over, terrorized, and beaten even though police...