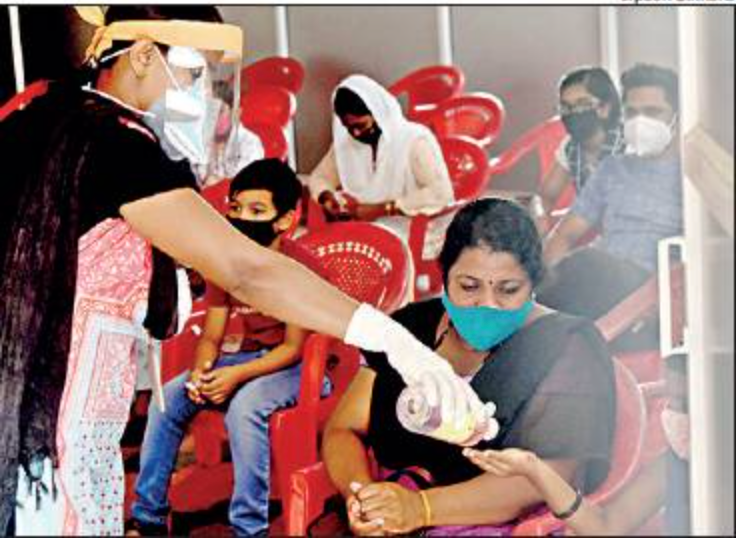 THIRUVANANTHAPURAM: Health minister K K Shailaja warned of a huge surge in Covid cases in the coming days and said the state is enforcing a strict mechanism to tackle the spread.

“There will be an increase in the number of patients since we have increased testing. We carried out 2.5 lakh tests in the last two days and hence, we can expect a spike in cases. But the state is well equipped to face the caseload. All hospitals and firstline treatment centres are ready,’’ said the health minister.

However, the state badly needs more vaccines as the existing stock is depleting quickly. The state received 60.84 lakh doses of vaccines so far and 56.75 lakh doses have been used. Only 4.09 lakh doses are in stock now.

The state has demanded 50 lakh doses and if there is any delay in replenishing the stock then vaccination camps will be hit, said the minister. Already many districts are facing a shortage of vaccines and vaccinations have been now limited to hospitals.

It has been decided to send asymptomatic patients for home care/isolation. If patients are having mild symptoms, they will be admitted to first or second-line treatment centres. If they have serious complications, they will be shifted to hospitals, said the minister.

More hospitals including primary health care centres will be converted into Covid hospitals if there is an emergency. “As per the sero surveillance conducted in the state, only 11% of the people have been infected. Hence, the state has to protect the remaining 89% population,’’ said Shailaja.

In the high-level meeting convened by the health minister, it has been decided to seek the support of the Centre for more oxygen supply to the state. If there is an increase in the number of patients in hospitals, then oxygen demand is bound to rise.

When compared to other states, Kerala still tops in testing rate and case fatality rate is very low here. Even though caseload is increasing, the state could succeed in bringing down the death rate, she added.