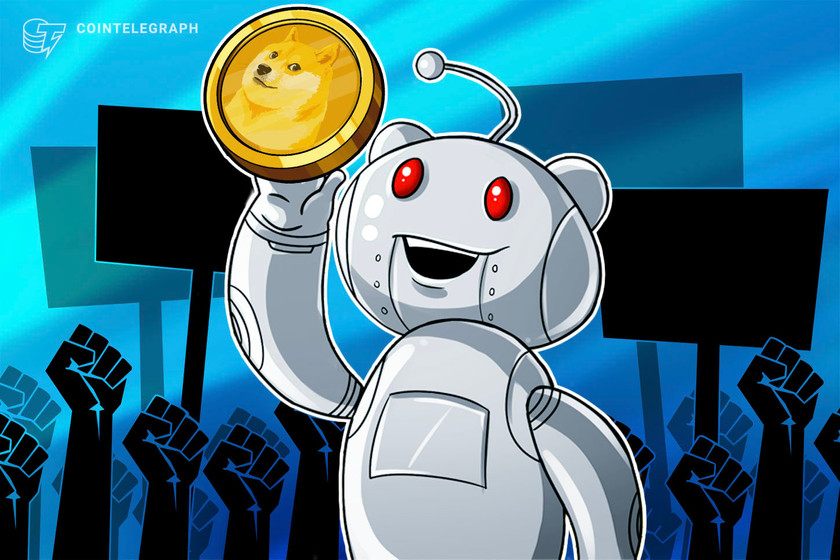 With much of the market fixated on Bitcoin’s (BTC) sudden price correction over the weekend, retail interest in digital assets appears to be on the rise, according to the latest statistics from Reddit.

The r/dogecoin community added 145,859 weekly subscribers, according to Subreddit Stats. The gains are hardly surprising given DOGE’s dramatic rally over the past week. The meme-based cryptocurrency skyrocketed 400% during that period, bringing its yearly returns to an eye-watering 5,000%.

Meanwhile, the r/CryptoCurrency community, which is devoted to all things digital assets, added 86,838 new subscribers during the week. New community members were welcomed by platinum award recipient “mirza1h” on Sunday. In a subreddit post, miraza1h said:

“Past week has been insane in the crypto world, so naturally things here weren’t like they normally are. Your curious posts/comments may have been ignored a bit. In the weekend things are a bit more chill, so feel free to ask us anything you want.

The user also introduced new subreddit followers to Moon, the native token of the r/CryptoCurrency community.

Much like DOGE, the overall cryptocurrency market limped into Sunday’s session, having declined by a cumulative $386 billion, according to CoinMarketCap. The digital-asset market cap briefly fell below $1.9 trillion before recovering to around $2 trillion.

Massive shakeouts are nothing new for seasoned cryptocurrency investors. Even during bull markets, declines of 20% or more are fairly common, especially after major rallies. Speculation about an abrupt decline in Bitcoin’s hash power and the possibility of U.S. regulatory action against crypto-friendly banks may have contributed to the decline on Sunday.

Even with the latest reversal, the cryptocurrency market is still double the size it was in January when it first crossed the $1 trillion milestone.