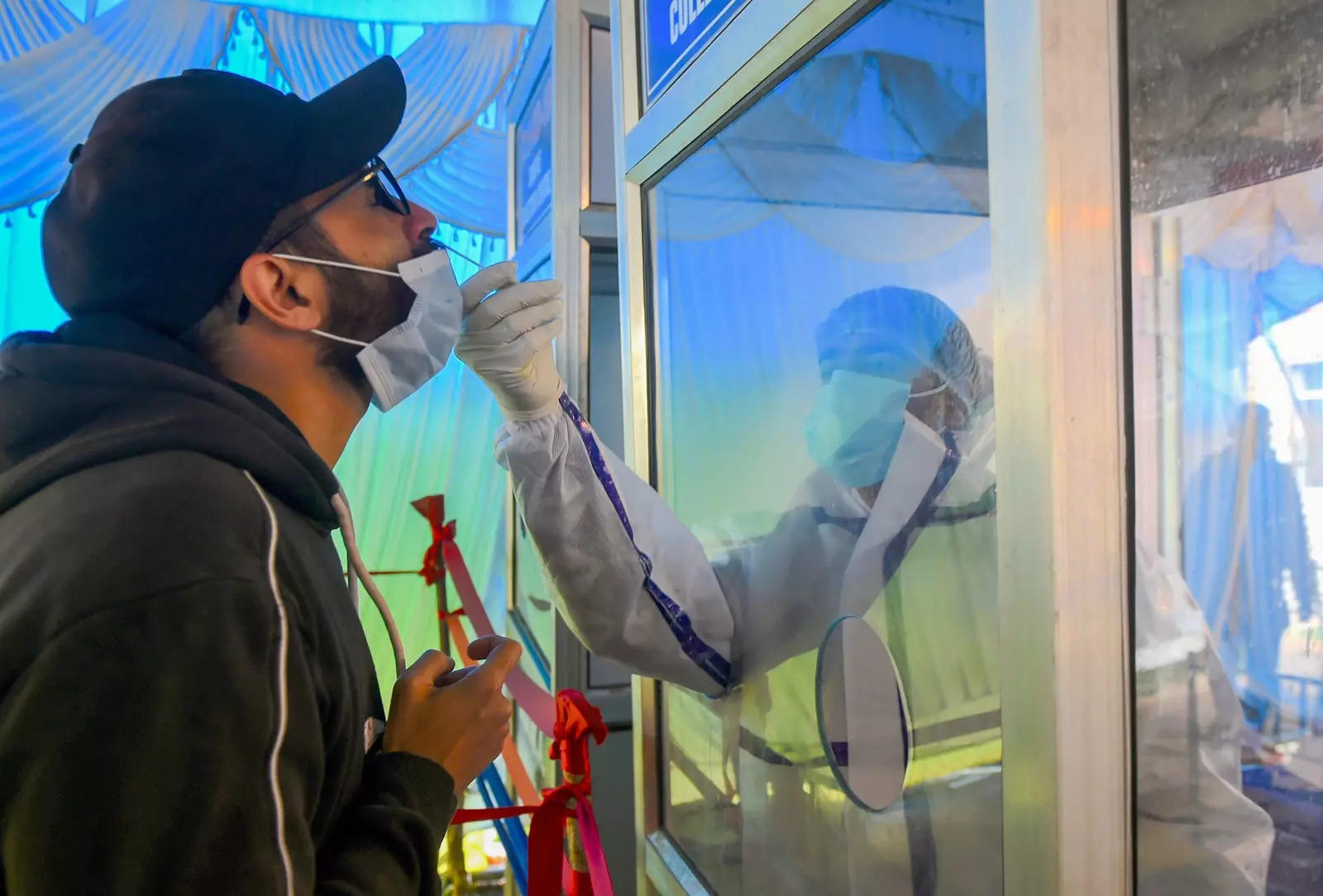 VISAKHAPATNAM: After the sustained downward spiral of the daily case count for almost four months, from November 2020 to February 2021, Andhra Pradesh is back to a critical juncture with an ever skyrocketing Covid-19 case positivity rate. The state reported as low as 30 cases with a case positivity rate of 0.16% on February 15, when it felt like an endgame in the fight against the novel coronavirus disease.

But just within two months from the presumed taming of the virus, the state is now recording about a 20% positivity rate, representing a frightening 100 times increase in the transmission rates. Only a few states like Maharashtra and Chhattisgarh are recording such intensity in the virus spread.

Even though tens of positive Covid-19 samples of the state were found carrying ‘variants of concern’ for SARS-CoV-2, including the double mutant, UK, Brazil and South African variants, their role is still largely unexplained in the exponential rise in the cases during this second wave. Meanwhile, the AP officials anticipate that the case numbers may further go northwards and are readying about 220 designated treatment facilities. As per the estimates prepared by the AP health department, the active caseload of the state would increase to about 1.5 lakh in the next one week

Andhra Pradesh had only eight Covid-19 confirmed cases before the nation came to a grinding halt on March 25 last year for the first lockdown. Irrespective of the human suffering caused by the lockdown than the pandemic itself, the lockdown gave enough room for the state to plan for the then impending catastrophe. With restrictions on public movement and commercial activities, the state took almost 140 days to reach the 7,000 daily case mark during the first wave. But now during the second wave, the state hardly took two months to touch the same case total. Even on the active case numbers’ front, the active caseload went from some 600 in the third week of February to 48,000 on April 19, translating to a whopping 8,000% increase in active infections.

Even though it is difficult to determine exactly what has fuelled the steep surge in the numbers, experts mainly attribute the same to laxity among the public regarding Covid-appropriate behaviour, sustained downward spiral of the daily cases for several months, presumed herd immunity, reduced testing, and fatigue in terms of containment and management strategy at the ground level amid the rollout of the vaccine.

Speaking to TOI, AP Covid-19 nodal officer Dr K Rambabu, said human behaviour is responsible for the majority of the infections rather than the mutants or the original form of the coronavirus itself. “Demarcating the micro-containment zones in the disease-prone areas might help in containing the disease. In the long run, the increasing vaccination coverage would also help the state in overcoming the pandemic. Meanwhile, the public should take utmost care while coming out and adhere to all the Covid-19 precautions,” he added.