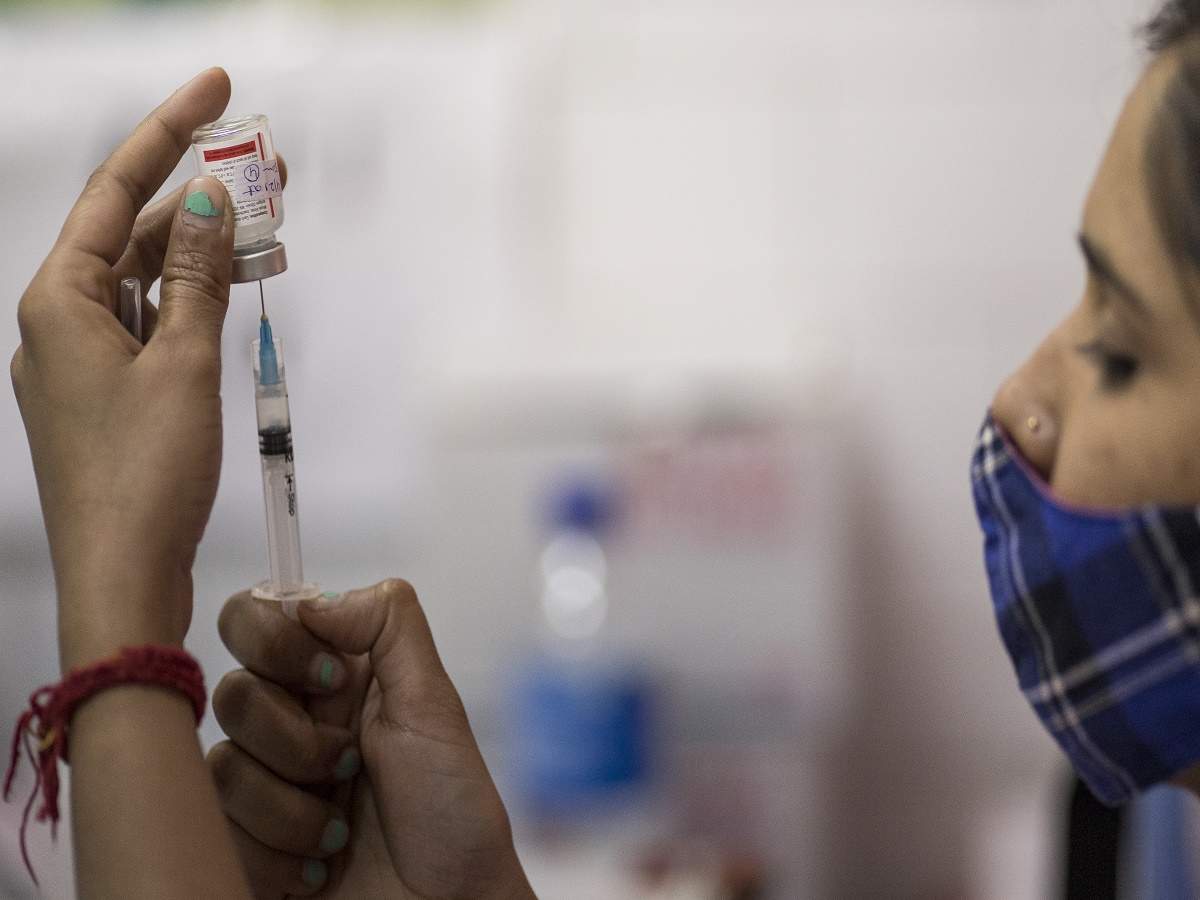 New Delhi, Apr 21 : More than 21,000 people tested positive for Covid-19 after taking the first dose of either Covishield or Covaxin, while over 5,500 contracted the infection after taking the second dose, the Centre said on Wednesday. Addressing a press conference, ICMR Director General Balram Bhargava said 0.04 per cent of 17,37,178 individuals, who received the second dose of Covaxin, were positive for Covid-19, while 0.03 per cent of 1,57,32,754 people, who took the second dose of Covishield, contracted the infection.

Bhargava who presented the data said vaccines reduce the risk of infection and prevent death and severe infection.

“After vaccination if one gets infection then it is known as breakthrough infection,” he said.

Of Covishield, 11.6 crore doses have been given. Ten crore received the first dose and 17,145 i.e. 2 per 10,000 people contracted the infection. About 1,57,32,754 individuals took the second dose of Covishield and of that 5,014 (0.03 per cent) got infected. Two to four per 10,000 breakthrough infections have occurred, a very small number. This was mainly healthcare workers prone to more occupational hazards, he said.

According to the data, 5,709 people contracted the infection after the second dose of either of the two vaccines.

“This is a very small number and not at all worrisome. Secondly, the highly transmissible second wave also contributed (in) miniscule (way) to the percentage so this could have been even zero per cent,” he said.

Responding to a question that there have been cases of people with no other exposure testing positive two weeks after vaccination, and if there is any link between vaccine and cases among those vaccinated, Bhargava said these vaccines are given to protect from the disease.

“These definitely do not cause any disease. However, the immune response takes two dose plus two weeks to fully mount. But individual variations do occur, some may get it slightly earlier some may get a delayed response,” he said.

Paul said that with refinements being made in vaccine policy, India is talking to major manufacturers from other countries very, very actively.

“The phase 1 and 2 trial of Biological E is almost over and they will be submitting their data, and after that they will go into phase 3.This is a very significant development as they have a capacity of seven crore vaccines per month,” Paul said.

On vaccinations, Bhushan said 87 per cent of all healthcare workers and 79 per cent of frontline workers have received their first dose of vaccine.

“Eighty per cent of healthcare workers have received the second dose of vaccine so that is a matter of satisfaction,” he said.

Eight states and UTs — Manipur, Jammu and Kashmir, Tamil Nadu, Assam, Lakshadweep, Maharashtra, Haryana and Delhi — have given second dose to less than 75 per cent of the eligible HCWs.

Ten states and UTs have given second dose to more than 84 per cent of eligible FLWs. They are Arunachal Pradesh, Rajasthan, Himachal Pradesh, Jharkhand, Chhattisgarh, Telangana, Uttarakhand, Lakshadweep, Uttar Pradesh and Meghalaya.