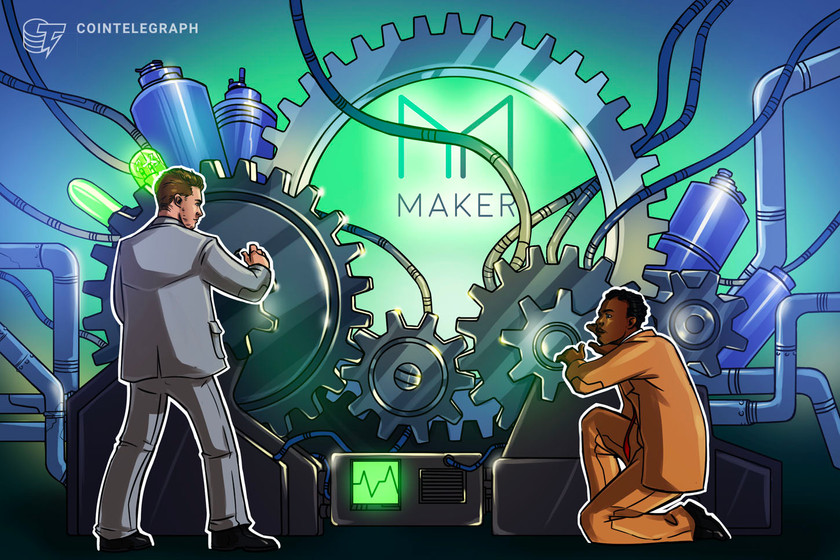 A number of new collateral types have been proposed for MakerDAO, potentially increasing the number of digital assets that can now be used to mint its stablecoin, DAI. Voting began on April 19 and will run for fourteen days.

If approved, these assets will be able to be deposited as collateral to back the creation of new DAI.

The MakerDAO community is also conducting a governance vote on a proposed upgrade to its liquidation system, dubbed MIP-45. Liquidations are executed by Maker to maintain DAI’s peg to the U.S. dollar by ensuring that all stable tokens generated using Maker’s vaults are sufficiently backed by collateral, the ratio of which varies depending on the asset.

The protocol has been working on an upgrade for the past year in response to the ‘Black Thursday crash in March 2020 that saw millions worth of users’ collateral liquidated after the price of Ethereum crashed by roughly 50% in 30 hours.

Maker describes the new liquidation engine as increasing the predictability and security of the protocol:

“Functionally, the new Liquidations system will provide greater security, predictability, and decentralization, facilitating wider participation by the Maker community and DeFi sector as a whole.”

Several modifications will be made to its smart contracts should the proposal pass, including an increase of the ‘Emergency Shutdown Threshold’ from 50K to 75K MKR. The mechanism is a crucial security feature that allows the system to shut down and make underlying collateral available for redemption by Dai and vault owners.

Other proposed modifications include improvements to the auction model for the liquidation of vault collateral, DeFi aggregator integration to allow greater competition between bidders, and access to more of the market’s liquidity and flash loan support.

At the time of writing, almost 26,000 MKR had been pledged in support of the proposal. As reported by Cointepegraph, MKR prices topped $4,000 in mid-April.

According to CoinGecko, the amount of Dai in circulation has surged almost 200% since the beginning of the year to 3.4 billion.