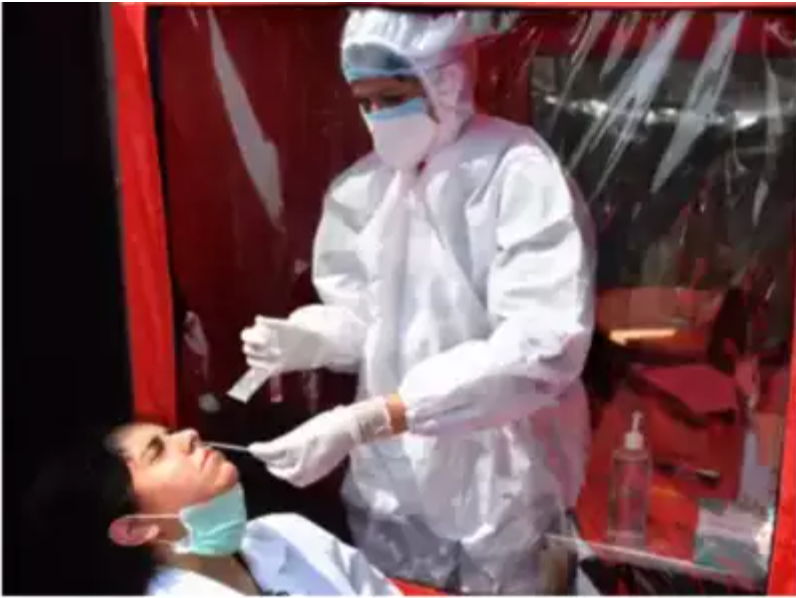 Chennai, the worst affected district in the state, continued to report the maximum number of cases and deaths. Chennai reported 3,347 new cases and 15 deaths, while 26,194 people were undergoing treatment for the viral infection. Cases in Chengalpet have also been on the rise. The district reported 970 new cases – highest after Chennai – while it neighbours Tiruvallur (535) and Kancheepuram (240) together reported 46% of the state’s fresh cases (5,092) and 51% of active cases (38,452). Other districts in the northern districts together added 1042 cases and six deaths

The deaths at Vellore Medical College, however, weren’t added to the day’s registry on Monday. Tension prevailed at Vellore medical college and hospital at Adukkamparai when relatives of four Covid-19 patients, who died in the last 24 hours, charged that the patient died because of shortage of oxygen in the ward.

However, district health authorities rubbished the charges and claimed that when the deaths were reported within a span of few minutes the relatives of the deceased accused the hospital staff of medical negligence.

The state, meanwhile, vaccinated 76,005 people on Monday. Centres in districts and several private hospitals across the state continued to complain about inadequate stock of vaccines on Monday.

Crypto dsj1031 - May 6, 2021 0
Decentralized finance alliance, Open DeFi, has announced it will create a decentralized autonomous organization, or DAO, to support its vision for an open...

Sport dsj1031 - May 6, 2021 0
Two men suspected to be involved in betting were arrested from the Arun Jaitley stadium on Sunday during the Indian Premier League (IPL)...

Over two dozen House Democrats are calling for the defunding of this flawed and...

Politics dsj1031 - May 6, 2021 0
Legislators wrote in the letter that even as the program expanded since 2017 from 35 agreements to 150 agreements, a recent Government Accountability Office...

Over two dozen House Democrats are calling for the defunding of...