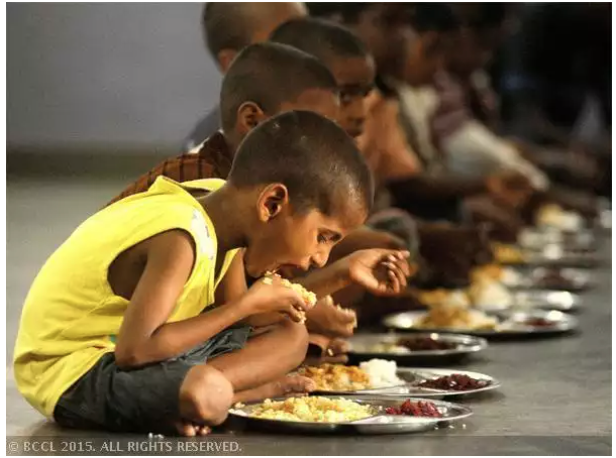 Globally, around 16.4 million children under five are severely wasted and India accounts for more than half of this chunk as per UNICEF Severe Acute Malnutrition (SAM) Estimates, 2018. Traditionally, the treatment of SAM children in India has been mostly restricted to medical facilities through Malnutrition Treatment Centres (MTCs), even though many of these children face close to no medical complications. The MTCs usually have limited number of hospital beds, shortage of medical personnel, logistics & time costs and limited coverage leading to untimely or non-detection and further deterioration of nutrition levels in children.

The stark reality and bleak statistics require new and innovative ways to be adopted that are sustainable if India must reduce its increasing burden of acute malnutrition. One such approach that seeks to shift the treatment of a SAM-afflicted child within the community itself, is the Community Based Management of Acute Malnutrition (CMAM). CMAM enables the identification and treatment of children using locally produced Nutrient-dense foods before the condition gets worse. CMAM has many advantages as it not only caters to treatment but also further prevention of SAM in children with no medical complications, which is often absent in facility-based care.

The Community Based Management of Acute Malnutrition (CMAM) model has been globally recommended by WHO and UNICEF as an effective method of tackling the widespread problem of acute malnutrition in children under five and is currently implemented in more than 70 countries. Though not nationally recognized, several states in India have experimented with CMAM as an alternative way to tackle SAM, thereby improving nutritional outcomes in children. Bihar was the first state to adopt the conventional CMAM programme as an emergency response during the Kosi floods in 2009. This pilot helped in achieving low mortality and high cure rates among non-defaulting children in a mere span of two years. Gujarat, one of the top five states with the highest burden of acute malnutrition, adopted the CMAM approach in Vadodara district in 2015 to reduce the number of wasted children over the years. Along with the distribution of Energy dense therapeutic foods developed by Amul, the Govt. set up two innovative methods, 1) Baal Adalat or Moot to initiate participation of parents and villagers or city residents and 2) Ek Balak Ek Palak to appeal to the citizens, and social organizations to adopt and provide proper care to one SAM child. According to a study conducted by Pate et. al., it was found that parents who have accessed SAM treatment through CMAM by receiving Nutrient-dense foods, had to bear significantly lower expenses with better recovery. In a similar vein, the CMAM approach implemented by Rajasthan across 20 districts in 2018 demonstrated positive results in managing SAM children at the community level using locally made Nutrient-dense foods. Several other states such as Maharashtra, Jharkhand, Odisha, Madhya Pradesh, and Uttar Pradesh have also shown improvements in SAM, post implementation of CMAM in their respective states and districts.At a time when India’s health infrastructure is reeling under the blows of Covid-19 and service delivery of essential services such as Hot Cooked Meals (HCM) and Take-Home-Ration (THR) have been disrupted, the number the children falling under the Severely Acute Malnourished category is expected to witness a surge. While the government has shown serious intent towards combating malnutrition by rolling out the Poshan 2.0 and allocating a substantial budget towards the improvement of healthcare services, much needs to be done if India must truly achieve the agreed targets on stunting and wasting in children under-five years of age by 2025. And a sure shot way to come close to this target is to take cognizance of CMAM by the government as a definite way to remedy SAM. As the country awaits the release of POSHAN 2.0 guidelines with bated breath, the integration of CMAM will initiate a much-needed transformation in curbing severe acute malnutrition. If properly designed and implemented, CMAM has the potential to benefit at scale and break the vicious cycle of malnutrition. This will in-turn help in the strengthening of community healthcare systems, thereby averting the looming crisis of Covid-19 and any other calamity in the future.

(DISCLAIMER: The views expressed are solely of the author and ETHealthworld.com does not necessarily subscribe to it. ETHealthworld.com shall not be responsible for any damage caused to any person/organisation directly or indirectly).