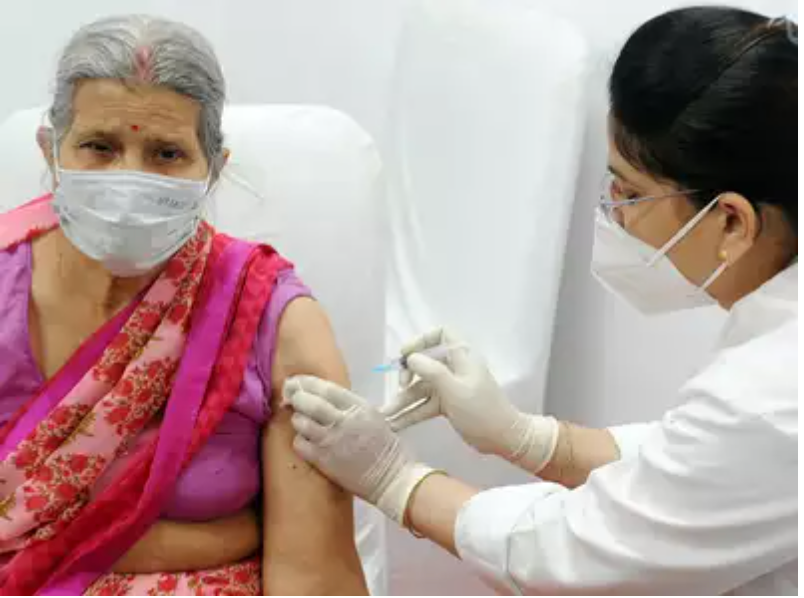 Mumbai: Merely 25% of the estimated population of 3.9 crore aged above 45 years in the state has taken the first dose of the Covid vaccine since the category became eligible for it on March 1. Numbers further show the ratio of vaccination varies widely between districts; ranging from 9% in Hingoli and Nandurbar to 51% in Kolhapur, which officials say was largely due to vaccine stockouts.

After Kolhapur, districts including Bhandara, Nagpur, Pune and Sangli occupy the top five spots when it comes to the percentage of coverage. In absolute numbers, though, Mumbai appears on the top with 14.6 lakh (38%) from the age group having received one dose, followed by Pune that has given the first jab to 14.2 lakh covering more than 40%. In all, only 95 lakh from this age group have taken the first dose, which many districts have blamed on factors such as shortage of vaccine stocks, surge in cases to hesitancy.

Maharashtra that has administered the highest vaccine doses in the country at 1.3 crore, including 1.2 crore first doses and 15.8 lakh second doses, has lagged behind in giving second doses. Compared to the state, UP, Rajasthan and MP are leading the chart, having completed vaccination for 18 lakh, 16.9 lakh and 16.8 lakh people, respectively. Despite several attempts, Maharashtra’s immunisation in-charge Dr D Patil couldn’t be reached for a comment.

In certain districts, officials said there was no lack of enthusiasm, but shortage broke the momentum. Kolhapur that tops the coverage chart started with awareness campaigns from the beginning and even saw panchayats building them pandals to carry out drives. Dr Yogesh Sale, district health officer, said they started with 232 vaccination centres, nearly double of Mumbai’s numbers, and saw good participation from people. “People came in hordes till doses thinned,” he said. In Chandrapur, officials said they have managed to cover 21% of the target population via 165 centres. “A few days ago, we received 14,000 doses which got over in two days. With the surge, all are looking for protection, but we don’t have doses,” said Dr Raj Gahlot, district health officer.

In Mumbai, daily turnout jumped to 48,152. But doses are in short supply and the city has just 50,000 that will last a day, said Dr Mangala Gomare, executive health officer. On Thursday, 49 private centres couldn’t carry out the drive. People haven’t been able to get appointment on Co-Win. On the weekend, BMC centres will stay open.