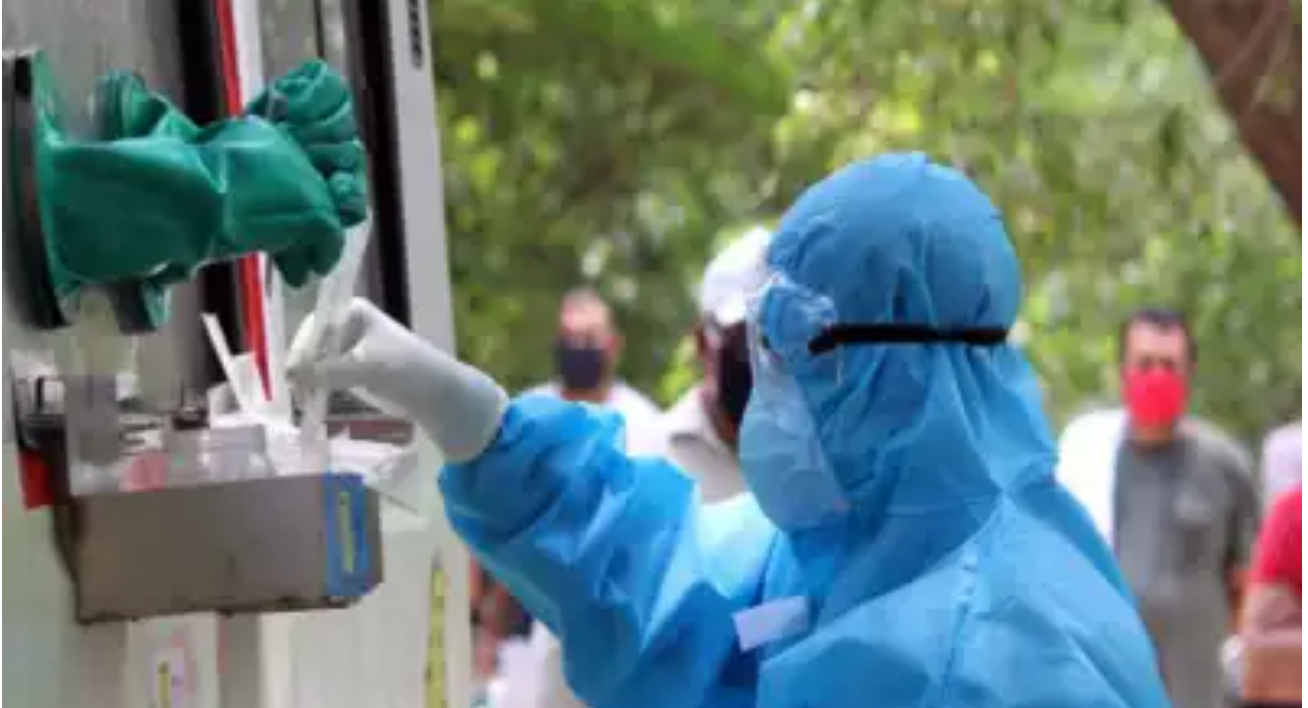 NEW DELHI: Fresh cases once again touched a new peak of 3.46 lakh in a single day in India while deaths hit a grim new record of 2,600 on Friday. India has now reported close to a million new cases (9.94 lakh) in just three days, while Friday was also the fourth day in a row in which India reported more than 2,000 deaths in 24 hours.

Brazil reported 79,719 cases on Thursday while the respective figures were 62,642 for the US and 54,791 for Turkey. None of the other worst-affected countries are even close to India. Of the total 8.9 lakh fresh cases reported internationally, a significant 37% were reported from India alone.

While Mumbai and Delhi have been hogging headlines, Bengaluru has emerged as the district with the highest number of active cases in the country, just under 1.5 lakh as of Thursday. The only other district with over 1 lakh active cases is Pune with under 1.2 lakh.

Five of the 10 districts with the highest number of active cases are in Maharashtra – Pune, Mumbai, Nagpur, Thane and Nashik, in that order. However, Hyderabad with over 94,000 has more active cases than any of these districts, data from covid19india.org shows. The other districts in the top 10 include Lucknow, Kamrup Metro (Guwahati) and Ahmedabad. District wise break-up for Delhi was not available and hence not part of this calculation. Delhi as a whole — it comprises 11 districts — has just over a lakh active cases.

Bengaluru’s active cases count is higher than all but four states – Maharashtra, Uttar Pradesh, Kerala and Karnataka itself. In fact, Bengaluru alone accounts for close to 70% of the active cases in the entire state, a proportion that is unlikely to be exceeded by any single district for its state.

Active cases are a more meaningful parameter than total cases when considering the load on health systems and the level that some of these top 10 districts are reaching is worrying considering their small population sizes compared to Mumbai or Delhi and in many cases significantly fewer healthcare resources than those two cities as well.

Among states, Maharashtra reported 66,836 cases- the country’s highest – followed by Uttar Pradesh, Kerala, Karnataka and Delhi, each reporting over 20,000 cases on Friday. Maharashtra also reported the highest number of deaths on Friday at 773, nearly 30% of the total deaths reported in the country. It was followed by the national capital that reported 348 deaths and Chhattisgarh where 219 people succumbed to Covid-related complications. Apart from these states, Uttar Pradesh, Karnataka and Gujarat reported over a hundred deaths on Friday.