Every second person getting tested in Kolkata is positive, Health News, ET HealthWorld 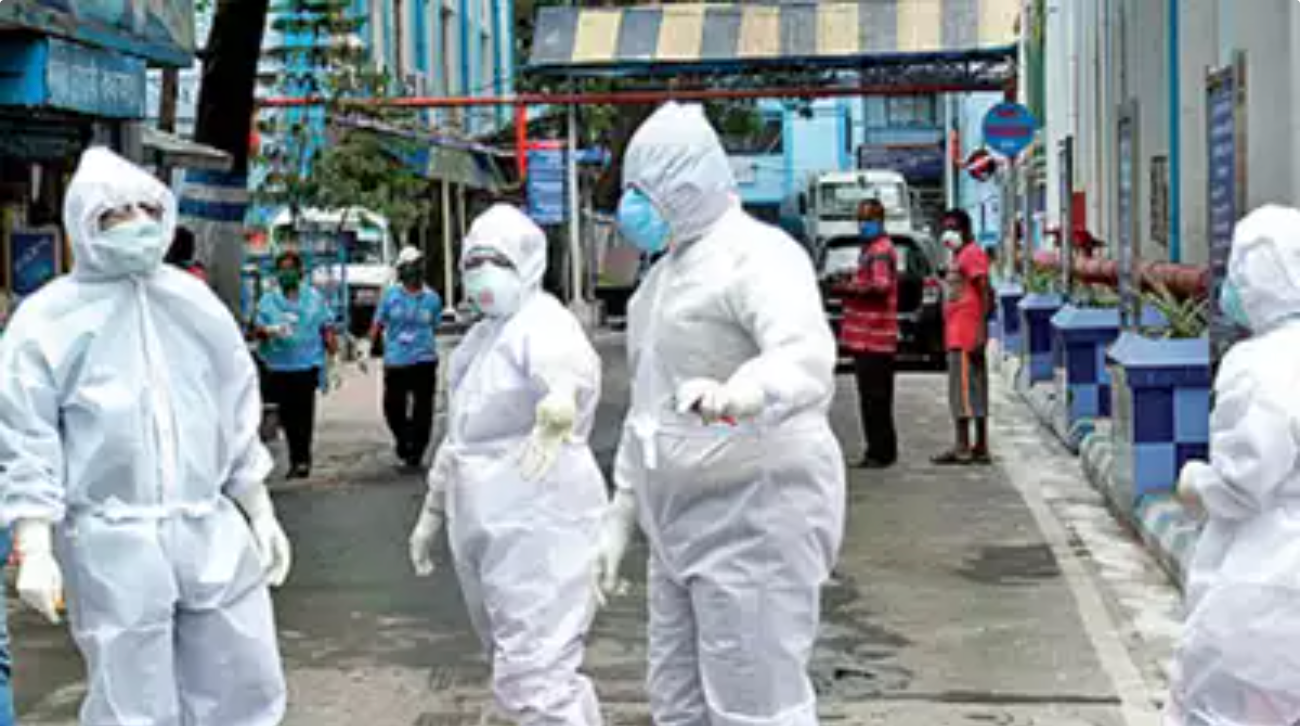 KOLKATA: One of two persons undergoing RT-PCR tests in Kolkata and its suburbs is turning out to be Covid-positive. In the rest of the state, one of four RT-PCR report is Covid positive. That is a five-fold jump from the beginning of the month, when only one of 20 tests was positive.

“Laboratories in Kolkata and surrounding areas are reporting a positivity rate of 45%-55% while in other parts of the state the positivity rate is around 24%, up from 5% at the beginning of this month,” said a doctor attached to one of the largest laboratories conducting RT-PCR tests in the state.

This, a senior doctor at a state-run hospital said, is only the tip of the iceberg. “The actual positivity rate will be much higher. There would be so many asymptomatic or mildly symptomatic patients who are not getting themselves tested. We are not testing enough. We must not be deterred from testing more as this is one major tool to contain this wave,” he said.
Of the 25,766 samples tested in the state on April 1, only 1,274 samples were positive, a positivity of 4.9%. On Saturday, 55,060 samples were tested across the state and 25.9% samples or 14,281 persons were positive.

“One reason is the high transmissibility of the mutant virus which is infecting a large number of people in a short span of time. In most cases, entire families are getting infected. Another reason for the high positivity is that only those who are symptomatic are going in for the tests,” said Bhaskar Narayan Chaudhuri, microbiologist at Peerless Hospital.

“The positivity rate has shot up to 50% in our lab. The pressure to test samples is tremendous. But it is good that people are going for the test. How fast we detect and isolate has an impact both on treatment and mortality,” said nuclear cardiologist Alok Roy, chairman of Medica Group of Hospitals.

“In our lab, the positivity currently is about 55%,” said a NICED Kolkata official.
Every major lab in the city started seeing a sharp rise in positive samples in April with the rate going past 20% by the second week, and there has been no stopping after that. “Even during the post-Durga Puja surge last year we would find about 30% samples positive. This time it has crossed the previous year’s record,” said Chaudhuri.

Sources in the health department said while Kolkata, North and South 24 Parganas and Howrah have high positivity, the rate is going up in districts like Burdwan, Malda and Murshidabad as well.

“The infectivity rate and Covid numbers could be quite high in districts but to know the actual scene the number of tests needs to be scaled up there,” the NICED official said.