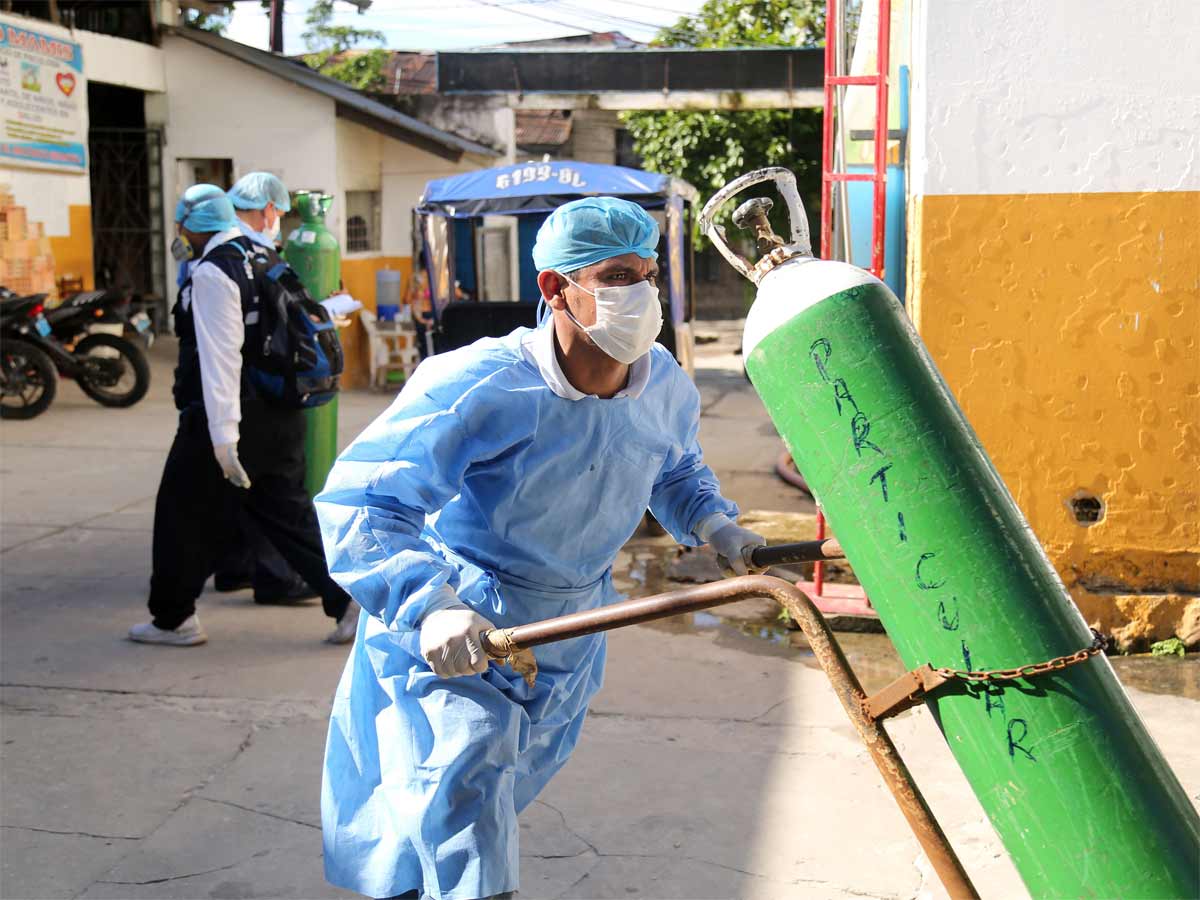 On a gloomy Saturday afternoon, the staff at the Saroj Super Specialty Hospital in Delhi broke down and started praying anxiously as lives of more 100 patients hung by a thread amid rapidly depleting oxygen supply.

An oxygen tanker had reached the hospital after the staff spent hours running around in search of supplies and making frantic calls to the government and police.

But it could not enter the area where the hospital’s oxygen tank is. The problem: its larger-than-normal size. The solution: an excavator, which broke down a portion of a wall.

The hospital ran out of oxygen in the afternoon and the supply from the vendor never came.

The situation was tense amid fears of a repeat of the tragedy at the Jaipur Golden Hospital, where 20 patients died due to lack of oxygen.

“We really didn’t know what to,” Pankaj Chawla, the owner of the hospital, said.

“This was the time we started discharging patients. We told families that we don’t have oxygen and they can take their patients to some other healthcare facilities,” Chawla said.

The hospital, run by a trust, discharged 34 patients during this time. Since the rest were on ventilators, their families were asked to arrange oxygen cylinders.

“Most of the patients said, ‘we will stay… it’s the same situation everywhere. Let’s see what happens’. Thirty-four were medically okay to go,” Chawla said.

The hospital went to the high court to get an order for urgent relief, but help still did not come immediately. It borrowed oxygen cylinders from various healthcare facilities, while some Delhi government officials worked in the background.

Later, the city government allotted a tanker to it on a sharing basis.

“The tanker came to the hospital, but it was so big that it couldn’t get into the area where our LMO (liquid medical oxygen) tank is,” Chawla said. “We started breaking down a wall and a ramp with electronic hammers and whatever we had, but it was taking time and the tanker had to go to the Tirath Ram Shah Hospital.”

Government officials told the hospital that the tanker would come back after an hour.

“That is the time everybody thought nothing can save us. All of us, my doctors, my staff started crying. We were running out of luck, too,” Chawla recalled.

The hospital staff and some police personnel rushed to get some cylinders filled.

Twenty cylinders were brought to the hospital in a Delhi Transport Corporation bus. Those cylinders lasted 40 minutes and actually saved the day, he said.

“In the meanwhile, we called the mayor, fire department… brought in a JCB (excavator), which broke a portion of the wall and the ramp,” Chawla said.

The police brought the tanker back after delivering oxygen at the Tirath Ram Shah Hospital.

At present, there are over 100 patients at the hospital, majority of them on oxygen support.

“It could’ve been another Jaipur Golden tragedy, perhaps, of a bigger size… All this time, the families were there, helping us,” Chawla said.