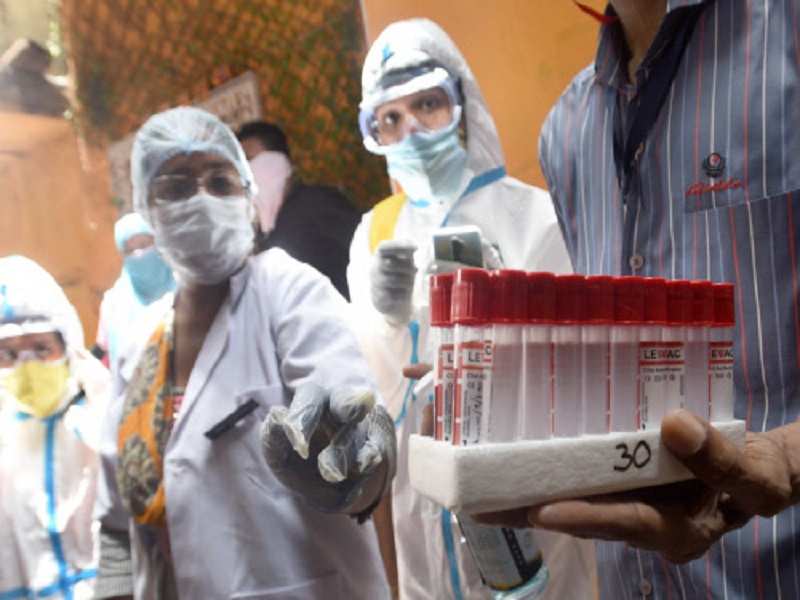 The recurrence of coronavirus outbreak in March could have been due to lack of “meaningful antibodies” in seropositive people after a peak in September last year, suggests a survey by the Council for Scientific and Industrial Research (CSIR).

The CSIR conducted a sero-survey on 10,427 people comprising the staff members of its 40 laboratories, including contractual employees, and their family members from 17 states and two union territories.

The coronavirus cases in the country peaked in September 2020 and there was a nationwide decline of new cases starting in October, said Shantanu Sengupta, one of the lead authors of the paper.

“Using more stringent measures (more than 30 percent inhibition of surrogate receptor-spike protein binding), the loss of neutralisation may be even higher. We speculate that this may be related to recurrence of outbreaks in March 2021 after the peak in September 2020,” the paper said.

India is currently witnessing a massive surge in infections with logging a daily case count of over 3,00,000 on four consecutive days.

According to the paper, the aggregate sero-positivity of 10.14 percent in its multi-centre study suggests India had a large pool of recovered immune subjects by September 2020, especially amongst its high contact workers and people using public transport, leading to a decline in new infections.

“However, the duration of such immunity may not be sufficient to prevent future outbreaks, even in highly affected regions,” the paper said.

States like Maharashtra have witnessed an explosion of cases since March.

“The present study, which recruited subjects from 24 cities in India, provides an important and timely snapshot of the spread of SARS CoV2 pandemic across India shortly before the peak of new cases. It confirms that by September 2020, a large pool of recovered Indians with at least partial immunity existed,” the paper said.

Between its study and the other national sero-survey at the same time, more than a hundred million Indians were likely to belong to this category, it estimated.

The study said the fraction of such recovered people was more than double amongst those performing high-contact jobs and using public transport.

Thus, in combination with a strong emphasis on masking and distancing, new cases started declining soon after this sero-survey which started in June.