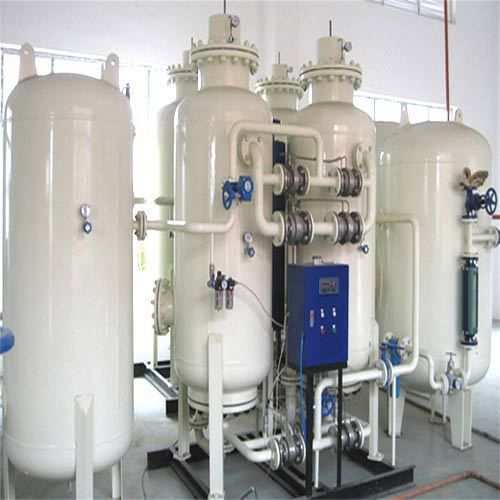 Eight pressure swing adsorption (PSA) oxygen generation plants are being installed in Delhi from the PM Cares Fund and they will enhance the capacity of medical oxygen by 14.4 metric tonnes, central government sources said on Sunday.

One plant in Burari Hospital, Kaushik Enclave, was installed on March 17 while four others, one each at Deen Dayal Upadhyay Hospital, Lok Nayak Hospital, Baba Saheb Ambedkar Hospital, Rohini and Deepa Chand Bandhu Hospital, Ashok Vihar, are expected to be completed by April 30, they said.

The site readiness of these hospitals was delayed by the Delhi government despite weekly reviews with them since November 2020, the sources claimed.

The Delhi government, in a statement, accused the Centre of giving “outrightly false” statements to hide its “abject failure” in setting up of PSA oxygen plants in Delhi.

For Ambedkar Nagar Hospital in Dakshinpuri, the site was prepared by as late as April 19 by the Delhi government, alleged the sources.

Site readiness certificate of Satyawadi Raja Harishchandra Hospital at Narela has not yet been submitted by the Delhi government, they claimed.

Amid an unprecedented surge in COVID-19 cases in the city, Delhi Chief Minister Arvind Kejriwal has often highlighted that its hospitals have been short on oxygen availability and have sought the Centre’s intervention.

Many hospitals have often sent out SOS for oxygen requirements.

Some BJP leaders have accused Kejriwal of playing politics and not doing enough on the issue.

The Delhi government termed the allegations as “unfortunate” since it was working closely with the Centre to bridge the gap in allocated quota of oxygen for the city.

The plants in different states were to be setup by the Union health ministry through the PM Cares Fund, and not a single rupee was given to state governments, it claimed.

All these plants were supposed to have been installed by December 2020 and handed over to state governments. However, the central government gave the contract for 140 of these plants to a single vendor, who ran away, the Delhi government alleged.

In Delhi, seven of the eight plants were to be setup at Delhi government hospitals, and one at the central government’s Safdarjung hospital.

“The plants for five hospitals were delivered in early March 2021. Typically, these plants take 3-4 days for installation. However, the vendor was non-responsive and after multiple follow-ups with the Centre, only one of the five plants has been made operational till date,” the Delhi government claimed.

The allegation of site certificate not being available from the Delhi government as a reason for delay in plants is an “outright lie”, it said.

The fact that the PSA plant has not been made operational at even the Centre’s own Safdarjung hospital shows that it is caught in the web of its own lies, the Delhi government stated.