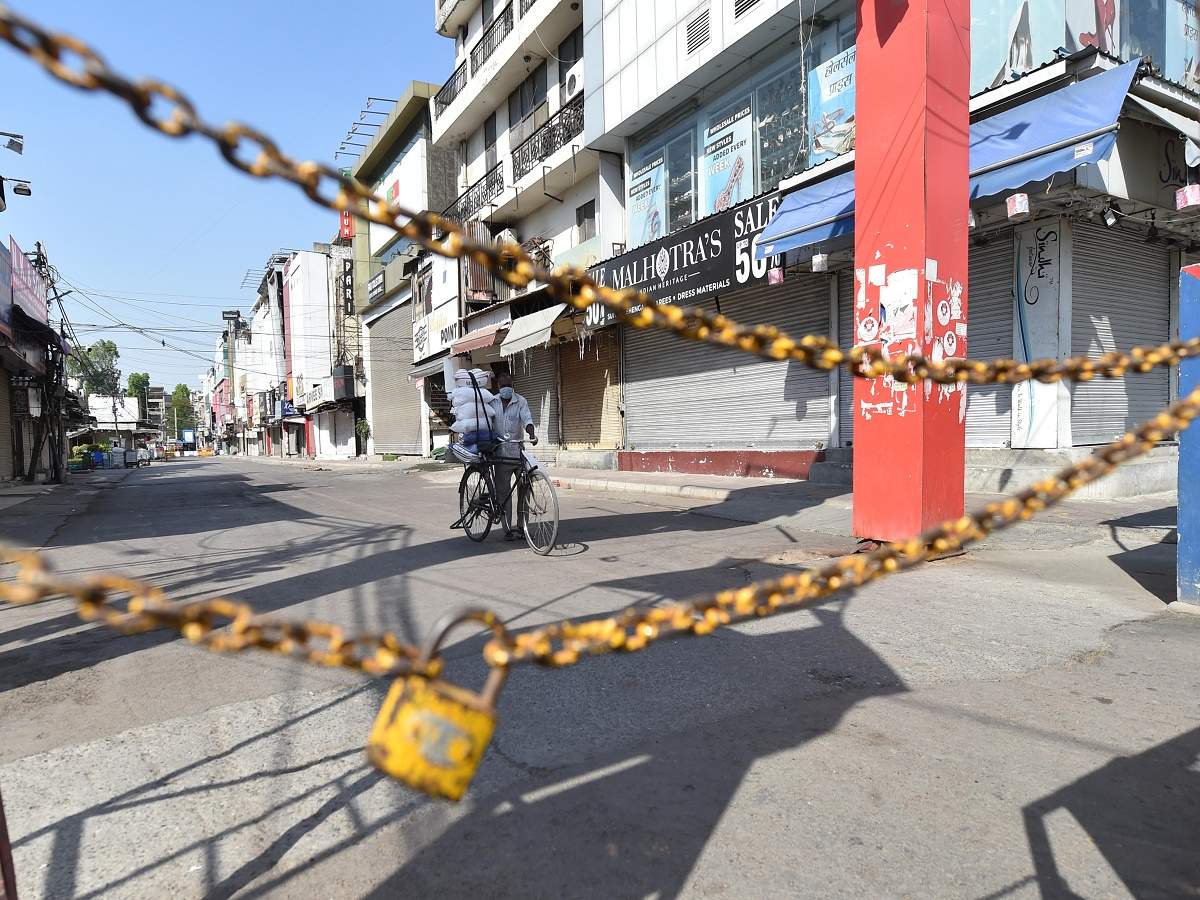 New Delhi: A proposal has been drawn up for a lockdown, with exemptions for a few essential services, in around 150 districts with Covid positivity rate of more than 15% as health systems in these areas have come under stress due to the pandemic.

The measures were suggested by the health ministry at a high-level meeting on Tuesday but a final decision will be made by the Centre in consultation with state governments. The proposal may be further refined, but the urgent need to tackle the spread in high-caseload and high-positivity districts was underlined by the ministry.

“Our analysis suggests stringent lockdown measures in districts with very high positivity rate are essential to break the chain of transmission over the next few weeks. We have recommended this but a decision will be taken at the highest level of the government in consultation with states and UTs,” a senior official told TOI. India has been reporting more than three lakh cases daily for almost a week. On Monday, 3.23 lakh new cases were recorded from across the country with Maharashtra logging the highest new cases at 48,700, followed by Uttar Pradesh at 33,551 and Karnataka 29,744. Even states with smaller populations like Kerala registered record tallies. India’s daily positivity rate currently stands at 20%.

The active caseload has been increasing consistently since mid-March and reached 28.8 lakh cases on Monday.

Eight states — Maharashtra, Uttar Pradesh, Karnataka, Kerala, Rajasthan, Gujarat, Chhattisgarh and Tamil Nadu — have more than 1 lakh active cases each and together account for 69% of the total caseload.

Officials in the health ministry expressed concern over rising positivity in certain states during the second wave of the pandemic, resulting in burdened health systems. The Centre has already advised states to limit unnecessary movement.

On Monday, 2,771 deaths were reported from across the country with 10 states accounting for 77.3% of the deaths. Maharashtra saw the maximum casualties (524), followed by Delhi at 380 daily deaths.