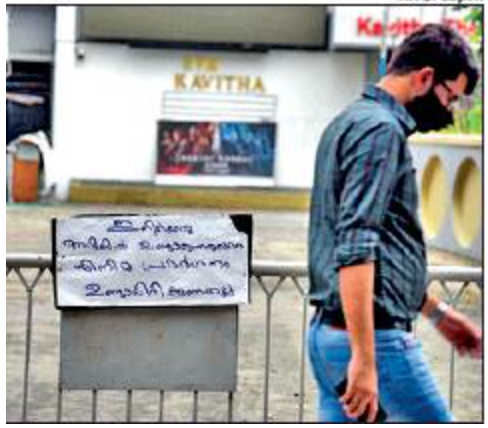 Kottayam: District collector M Anjana said on Tuesday that she has received information from the state government that the presence of the Maharashtra variant of the coronavirus is high in the district. “We haven’t received the details about it. Though the UK and South Africa variants of the virus are less, the presence of Maharashtra virus is more,” she said.

“Even though we haven’t received details about it we have started taking precautions in the district against this variant,” she said.

She also said that two types of enforcements are being carried out in the district to prevent the spread of the virus. There are areas in the district where the restrictions and enforcements announced by the government are prevailing. Apart from that, four panchayats and several wards where the TPR and number of cases are high have been put under complete restrictions.

Speaking about the vaccination drive, she said that when the vaccines were available, four mass vaccination centres and 86 other centres were functioning in the district.

Meanwhile, 2,970 people tested positive for Covid-19 in the district on Tuesday. This include seven health workers. The test positivity rate was 30.81%. The highest number of cases was reported in Kottayam municipality 426.

In Pathanamthitta district, 1,163 tested positive, including 14 who have arrived from abroad.