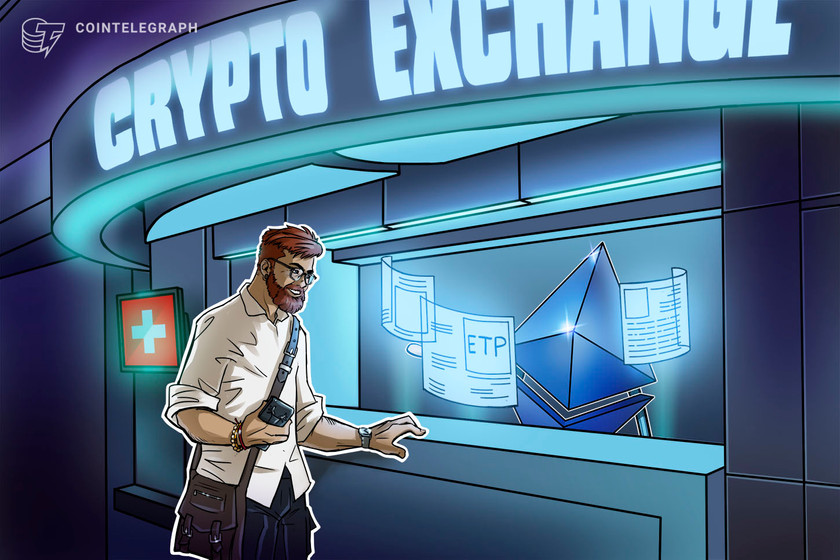 Borse Xetra and Swiss stock exchange SIX have both listed WisdomTree’s ETP, which provides investors with exposure to the native currency of the Ethereum blockchain without having to hold the asset directly nor to interact with its blockchain infrastructure at all.

WisdomTree presents the product as an offshoot of “traditional financial infrastructure and product structuring,” with the provision of institutional-grade storage solutions for investors that remove the need for dealing with custodians directly themselves.

The Ether ETPs, which trades under the ticker ETHW, has a total expense ratio of 0.95% on both Borse Xetra and SIX and is passported across the European Union. The product follows up on WisdomTree’s existing WisdomTree Bitcoin (BTCW) product, which trades on Borse Xetra and involves a multi-custodian model. Among its appointed custodians are the prominent cryptocurrency services provider and exchange Coinbase.

Jason Guthrie, head of capital markets and digital assets at WisdomTree, has said that ETHW is launching at a time when interest in digital assets is “at its highest,” claiming:

“With this increase in popularity, institutional investors are doing their due diligence on the most liquid cryptocurrencies, and we expect the pace of adoption across these to ramp up as the opportunity in digital assets becomes more compelling.”

WisdomTree has recently joined the list of Bitcoin (BTC) exchanged-traded-fund hopefuls in the United States market, submitting a filing in March with the U.S. Securities and Exchange Commission for a product that would prospectively trade on Chicago Board Options Exchange’s bZx platform.

Other hopefuls include crypto-focused financial services firm NYDIG, which filed for a Bitcoin ETF in February, including U.S. investment bank Morgan Stanley among its proposed fund’s authorized participants. Both VanEck and Valkyrie Digital Assets filed for Bitcoin funds in January.