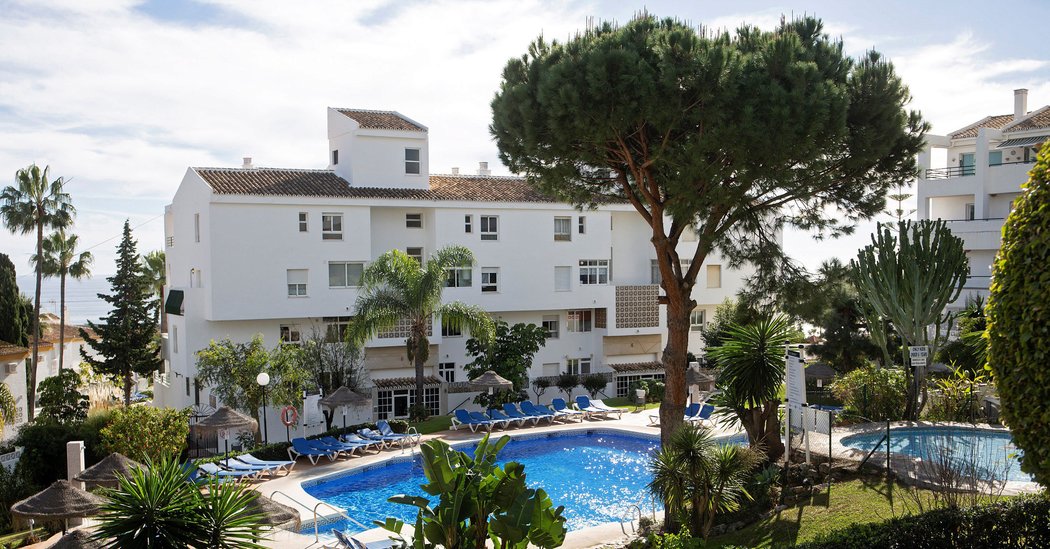 Three members of a family vacationing in southern Spain drowned after becoming trapped in a swimming pool, prompting an investigation into a potential malfunction with a drainage mechanism that may have sucked them underwater, the authorities said on Wednesday.

The tragedy unfolded when a 9-year-old girl began having difficulties in the pool. When her father jumped in to rescue her, he then became trapped, too. Another family member, a 16-year-old, then entered the water to help, but all three died, said Jorge Martín, a spokesman for the Civil Guard of Malaga Province, where the accident happened.

The father and daughter were British citizens and the teenager was American, the authorities said. No further details were given about them, though five members of the family were said to have arrived in the town of Mijas on Saturday.

Accidents linked to faulty drainage or pumping systems in pools have happened before. In 2002, a 7-year-old girl from McLean, Va., drowned in a spa when she became entrapped by the powerful drag of a portal sucking water into a filtration system, and a man and three children died at a water park in Texas in 2004.

The family vacationing in Mijas had apparently been sunbathing at an outdoor swimming pool at the Club La Costa World resort on Tuesday when the accident occurred, Mr. Martín said by telephone.

The police are treating the deaths as an accident, Mr. Martín said, though they are still trying to determine what happened.

“The question about why the girl, the father and the third member of the family had problems to get out of the swimming pool is being investigated,” he said, adding that officers were also awaiting autopsy results.

Mr. Martín said that investigators were looking into whether “there were some problems with the engine of the swimming pool” and whether there was a problem with the suction mechanism of the pool’s drain.

Late Wednesday, the company said that investigators had already concluded that there was no problem with the pool’s systems, but the authorities said they had yet to reach such a finding.

A worker at the resort, responding to other vacationers’ cries for help, jumped into the pool to help the family members but was too late, Mr. Martín said.

Although the worker managed to retrieve the bodies, he also reported difficulties in getting out of the pool, describing the effect as being “like swimming in a wild river,” according to Mr. Martín.

The Art Show at the Armory: Blue-Chip Brands Show Their Best

PM asks for his ‘insufficient’ reply to Arcuri claims to be...

Diplomat at Center of Trump Impeachment Retires From State Department