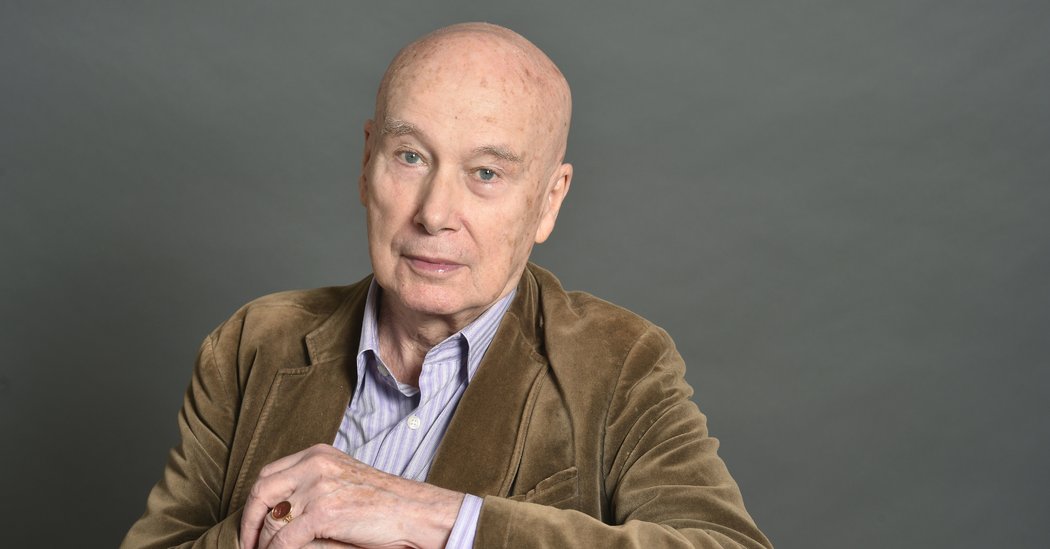 PARIS — The French writer Gabriel Matzneff never hid the fact that he engaged in sex with girls and boys in their early teens or even younger. He wrote countless books detailing his insatiable pursuits and appeared on television boasting about them. “Under 16 Years Old,” was the title of an early book that left no ambiguity.

Still, he never spent a day in jail for his actions or suffered any repercussion. Instead, he won acclaim again and again. Much of France’s literary and journalism elite celebrated him and his work for decades. Now 83, Mr. Matzneff was awarded a major literary prize in 2013 and, just two months ago, one of France’s most prestigious publishing houses published his latest work.

But the publication, last Thursday, of an account by one of his victims, Vanessa Springora, has suddenly fueled an intense debate in France over its historically lax attitude toward sex with minors. It has also shone a particularly harsh light on a period during which some of France’s leading literary figures and newspapers — names as big as Foucault, Sartre, Libération and Le Monde — aggressively promoted the practice as a form of human liberation, or at least defended it.

A day after the publication of Ms. Springora’s book, “Le Consentement,” or “Consent,” which sold out quickly at many Paris bookstores, the fallout continued. Prosecutors in Paris announced that after “analyzing” its contents, they had opened an investigation into the case and would also look for other victims in and out of France.

In France, it is illegal for an adult to have sex with a minor under the age of 15. But it is not automatically considered rape, unlike in countries with statutory rape laws where people who are underage are considered incapable of giving consent.

With changing attitudes toward sex and gender equality, France toughened laws against sex crimes in 2018 and also extended the statute of limitations for prosecution — raising it to 30 years, up from 20 years — allowing victims to press charges until the age of 48. The new law, which is not retroactive, would not apply in the case of Ms. Springora.

In the days leading up to its publication, her book, “Le Consentement,” had already compelled many in France to try uncomfortably to position themselves in the face of a problem that had never been hidden.

The former host of France’s most famous literary television program struggled to explain why he and other guests — except, tellingly, the only non-French invitee — laughed with good humor at Mr. Matzneff’s preferences for minors. Most of his longtime champions have remained silent, though a few still came to his defense, including the former book editor of Le Monde.

France’s culture minister, Franck Riester, said that he supported Mr. Matzneff’s victims and announced that the government would review a writer’s allowance given to him — an abrupt shift in the government’s position. In 1995, long after Mr. Matzneff had written about his past, the minister of culture at the time awarded him the Order of Arts and Letters.

“All this information had been widely available, Matzneff’s contemporaries knew very well, and university studies had been conducted on these questions, but it’s taken a victim’s account to trigger this process,” said Anne-Claude Ambroise-Rendu, a historian and the author of “The History of Pedophilia.”

So far, however, Ms. Springora — now 47 and the head of the publishing company Julliard — is the only one of his victims to have spoken out. After hesitating for years, she told the French news media, she decided to break her silence after being outraged that a literary prize, the Renaudot, was awarded to Mr. Matzneff in 2013.

In “Le Consentement,” Ms. Springora recounts being seduced at the age of 14 by the famous writer, who was then in his 50s. Introduced to him by her own mother, Ms. Springora writes that she fell in love with Mr. Matzneff and became disenchanted only upon discovering writings in which he described relations with countless other girls and boys, including those he met on sex tours in Southeast Asia.

She also relates the depression and other psychological problems she suffered from the relationship, and the years it took her to recover.

“He was not a good man,” Ms. Springora writes. “He was in fact what we’re taught to dread since childhood: an ogre.”

In messages to Le Parisien, Mr. Matzneff wrote that the book’s reported contents were “unjust and excessive” and spoke of the “beauty of the love that we shared, Vanessa and I.”

And in a long, rambling letter addressed to Ms. Springora and published in L’Express on Thursday, he wrote that he would not read the book because “it would hurt him too much” and accused her of seeking to “harm” and “destroy him.”

Caught now in the crosscurrents of France’s changing attitudes toward sex, Mr. Matzneff is the product and longtime beneficiary of France’s May 68 movement, the social revolution started in 1968 by students and unions against France’s old order.

With the slogan, “It’s forbidden to forbid,” the movement rebelled against authority and fought against imperialism, capitalism, racism, sexism and homophobia. Some also argued for abolishing age-of-consent laws, saying that doing so would liberate children from the domination of their parents and allow them to be full, sexual beings.

Mr. Matzneff was one of the leading writers to advocate the legalization of sex with children. In “Les Moins de Seize Ans,” or “Under 16 Years Old,” he writes, “To sleep with a child, it’s a holy experience, a baptismal event, a sacred adventure.” First published in 1974, it was republished in 2005.

Thinkers on the left, like Michel Foucault, Roland Barthes, Jean-Paul Sartre and Simone de Beauvoir, spoke in defense of the practice, or came to the defense of men accused of engaging in sex with people below the age of consent in France.

Libération, the newspaper co-founded by Sartre, championed pedophiles as a discriminated minority and ran personal ads by adults seeking children for sex.

The newspaper ran “revolting” articles about pedophilia into the 1980s, and its staff included activists who fought for the right to engage in “sexual relations with children,” its editor, Laurent Joffrin, acknowledged in an editorial this week, adding that the publication now opposed the practice.

Tolerance of it was not limited to the left.

For years, though less aggressive than Libération, Le Monde, the centrist newspaper, published a weekly column by Mr. Matzneff and articles defending those accused of having sex with underage partners, including one in 1977 that was signed by Sartre, de Beauvoir and Barthes. While the right attacked pedophiles, some of its leaders were close to Mr. Matzneff.

Pierre Verdrager, a sociologist and author of “L’Enfant Interdit,” or “Forbidden Child,” a book on the politics surrounding pedophilia in the 1970s, said that what united its defenders was the belief that France had an “aristocracy” that was not bound to ordinary norms of conduct.

While the ordinary French appeared revolted by the apologists, writers were considered part of this elite and were even expected to engage in acts of moral transgression, Mr. Verdrager said.

“There was an aristocracy of sexuality, an elite that was united in putting forth new attitudes and behavior toward sex,” Mr. Verdrager said. “And they were also grounded in an extreme prejudice toward ordinary people, whom they regarded as idiots and fools.”

Among Mr. Matzneff’s longtime supporters, a few, like Josyane Savigneau, the former book editor of Le Monde, have defended him in public. “The witch hunt continues,” she wrote on Twitter.

Bernard Pivot, who invited Mr. Matzneff several times on his televised literary show, “Apostrophes,” said that back in the 1980s “literature was more important than morality.”

“We are all the intellectual and moral products of a country and especially of a time,” he said, adding that he regretted lacking the “words that were needed” in interviewing Mr. Matzneff.

In one program in 1990, the one guest to criticize Mr. Matzneff was the only foreigner present, Denise Bombardier, a Canadian writer, who called the writer “pathetic” and his writing “boring.”

“Right now,” she said after listening to the host and other guests talk playfully and joke with Mr. Matzneff about his preference for underage girls, “I feel as if I’m on another planet.”

Coronavirus Models Offer the Big Picture, Not the Details of What May Come

2 Killed in Knife Attack in French Town Under Lockdown

An ongoing legal battle between two rival beer companies has escalated after one accused the other of obtaining its secret recipes.  On Thursday, Anheuser-Busch InBev,...

China Says It Will Roll Out ‘National Security’ Steps for Hong...

Wetherspoons to update menu with Beyond Meat vegan burgers

Celine Dion Reveals What She Misses Most About Late Husband In...