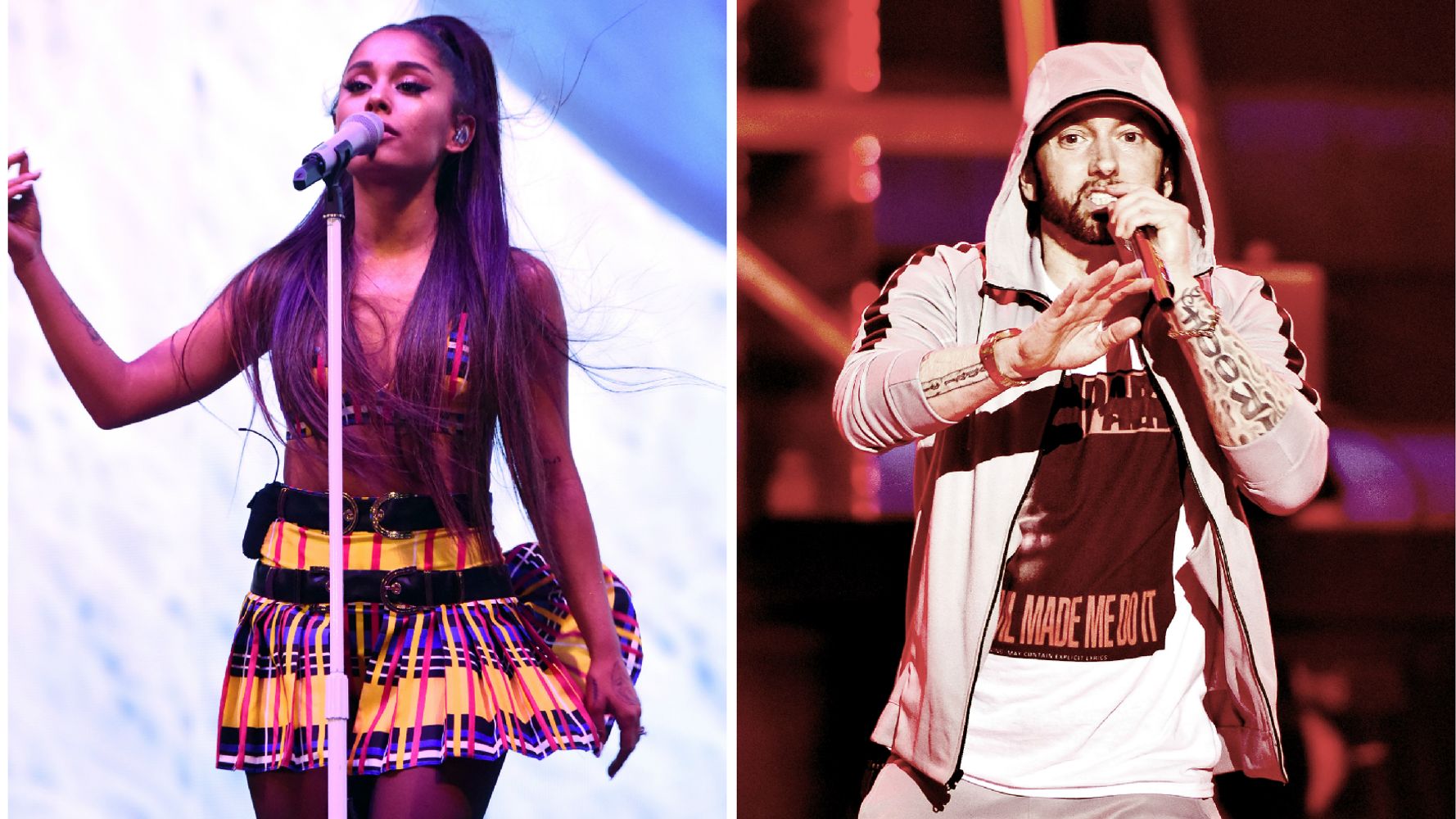 Rapper Eminem has infuriated Ariana Grande fans with a new song that mentions the terrorist bombing that killed 23 people outside the pop star’s 2017 concert in Manchester, England.

Social media lit up Friday with reaction to the rapper’s album that dropped on Thursday night, “Music to Be Murdered By.” The record is rife with references to controversial figures, including serial killer John Wayne Gacy and slain child beauty pageant queen JonBenet Ramsey. Eminem mentions the Manchester Arena bombing in his song “Unaccommodating.”

“I’m contemplating yelling ‘Bombs away’ on the game like I’m outside of an Ariana Grande concert waiting,” he raps on the track before a bombing sound effect.

(TW) Eminem really said in his new song “unaccommodating” the lyrics “bombs away like I’m at an ariana grande concert” and proceeded after with gun shots/explosions mocking manchester.. i am disgusted how did he or his team think this was okay? he’s trash pic.twitter.com/Ra8G4SPeNN

eminem literally just made a joke about the manchester bombing at ariana grande’s concert… that is just so fucking sick, y’all better not give this man any attention. people literally lost their lives, and you’re going to release music and try to make a profit off of them? pic.twitter.com/mKJo06RL9p

Eminem mentioning Ariana’s Manchester concert is a big no no.

Eminem, one of the most well known and revered hip-hop artists, used a line in a song regarding gun violence that makes a reference to the Manchester attack in 2017 for clout? This is such a stupid take. Every war movie ever is disgusting! How dare he use tragedy for creativity! https://t.co/3JuhXp27Gp

Manchester Mayor Andy Burnham told BBC News the rapper’s reference to the bombing “is unnecessarily hurtful and deeply disrespectful to the families and all those affected.” A resident of the city called a U.K. radio show to challenge Eminem to perform the “offensive” song in Manchester.

Figen Murray, whose son Martyn Hett was killed in the attack, tweeted that she felt Eminem was “piggybacking on the fame of Ariana Grande and Justin Bieber and says distasteful things about other celebrities.” Murray said the lyrics made “no sense” and said she’ll ignore the “insults I may receive from his fans.”

Ok, I just watched the 11 min clip. Feels like he is piggybacking on the fame of Ariana grande and Justin bieber and says distasteful things about other celebrities. Not clever. Totally pointless. And before all Eminem fans pounce on me, I am not interested and will not engage. https://t.co/fE9MbepeqN

Yeah, I watched the clip. Totally no sense in any of his lyrics. I will ignore the possible barrage of insults I may receive from his fans. https://t.co/4A8PtrV0Po

Eminem has a long history of stirring controversy with his music, and some argued he’s using his new record to advocate for gun control and to denounce violence. The music video for another song on the album, “Darkness,” speaks from the point of view of the shooter in the Las Vegas massacre and shows TV reports on various mass shootings.

While defending his intentions, Eminem fans pointed out that he helped raise money for victims of the Manchester attack:

Join me in helping Manchester victims & their families, Make a donation to the @BritishRedCross and @MENnewsdesk https://t.co/JchJtYOdMU

Eminem helped raise over £1.8 million, or $2.34 million, for the relief efforts, according to The Telegraph.

Neither Grande nor Eminem have commented publicly about the backlash. HuffPost has reached out to both for comment.

Architect of Mexico’s War on Cartels Is Accused of Taking Bribes...

A retired Mexican police official who once led his country’s equivalent of the F.B.I. was indicted in New York on Tuesday on charges of...

What We Know About the U.K. Truck Deaths

Iranians Honor Dead Protesters, Amid Vows to Fight On