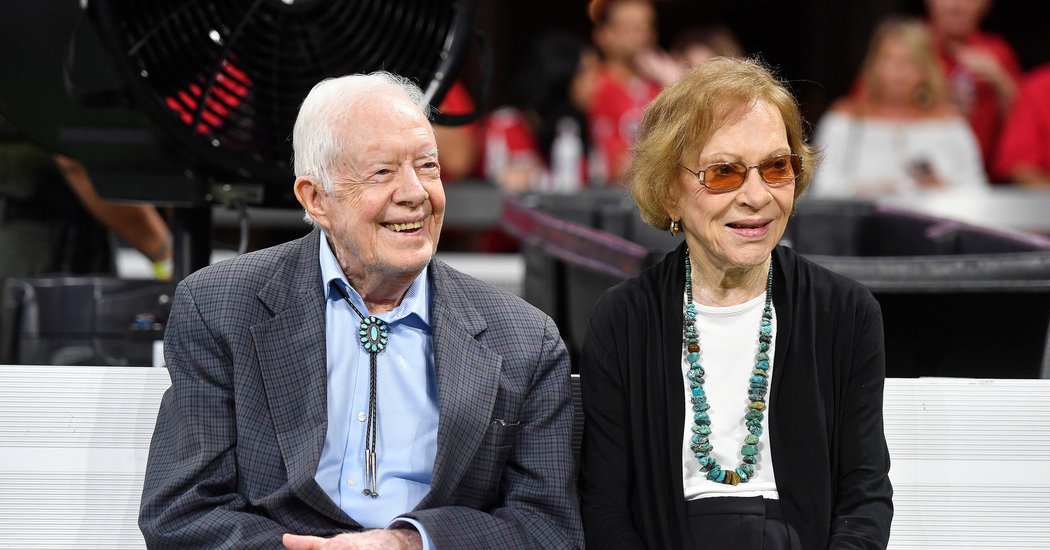 Former President Jimmy Carter fractured his pelvis in a fall at home on Monday night and was recovering at a hospital, according to representatives for the Carter family.

“He is in good spirits and is looking forward to recovering at home,” read a statement early Tuesday from The Carter Center, the Atlanta-based nonprofit that Mr. Carter and his wife, Rosalynn, founded in 1982.

The center said the 39th president, who served from 1977 to 1981 and became the longest-living president this year at 95, had suffered a “minor pelvic fracture” and was being treated at Phoebe Sumter Medical Center in Americus, Ga.

This month, Mr. Carter received stitches above his eyebrow after falling at his home in Plains, Ga.

In May he also received treatment for a broken hip after falling at home, and in December 2015, Mr. Carter announced that he was cancer free after undergoing treatment for metastatic melanoma that had spread to his brain.

Mr. Carter and Mrs. Carter, 92, became the longest-married presidential couple last week, “still going strong” at 26,765 days as of Oct. 17, according to the Carter Center.

Despite his health battles, Mr. Carter has continued to stay busy in his post-presidential life. He continues to teach Sunday school, and he and Mrs. Carter have helped build Habitat for Humanity homes for decades. Together, they have worked with more than 92,000 volunteers on nearly 4,000 homes worldwide.

“It’s hard to live until you’re 95 years old,” Mr. Carter told People this month about aging. “I think the best explanation for that is to marry the best spouse: someone who will take care of you and engage and do things to challenge you and keep you alive and interested in life.”

Jets Can’t Get Up Off A.F.C. East Floor