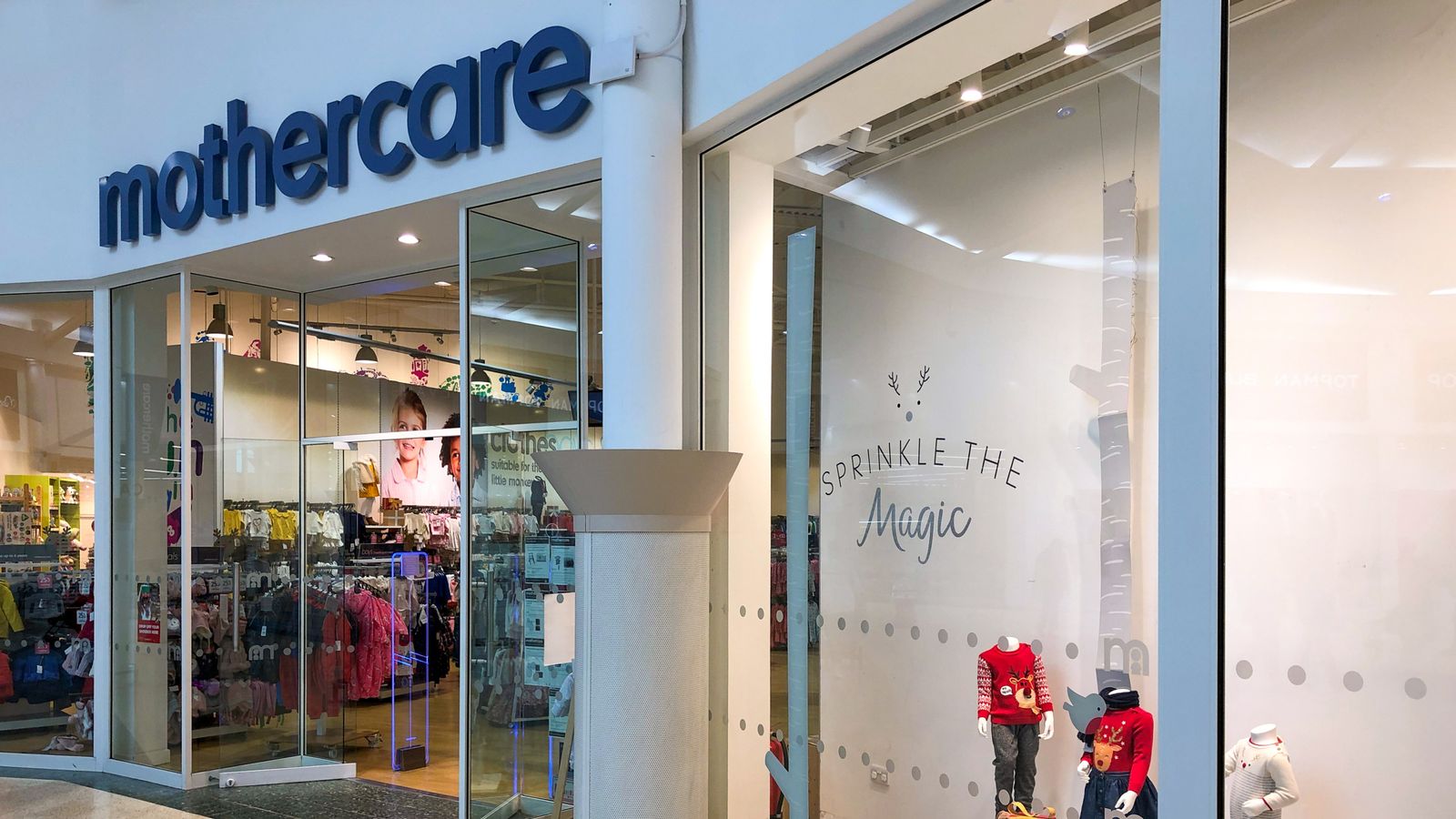 Mothercare is finalising a deal to shift its pension schemes out of its crisis-hit British operations as part of a new funding plan aimed at preserving retirement incomes for thousands of scheme members.

Sky News has learnt that the maternity and baby goods retailer is in advanced talks with its pension trustees with its UK division poised to crash into administration on Tuesday.

Under the agreement, Mothercare would move its two employee pension schemes, which between them have nearly 6,000 members, from the UK subsidiary into its parent company.

If the transfer takes place, it should avert the likelihood of the scheme being dumped into the Pension Protection Fund (PPF), the industry-funded lifeboat, which would entail reductions to future retirement benefits.

Sources close to Mothercare said that if confirmed, it would underline its directors’ determination “to do the right thing” even as 2,500 full-time and part-time employees in the UK face possible redundancy.

A new deficit recovery plan is expected to form part of a final agreement with the trustees.

The Pensions Regulator is understood to have been kept informed about developments.

At its last actuarial valuation in 2017, Mothercare’s pension schemes had a deficit of £139m – or almost four times the market capitalisation of the entire company at Monday’s closing share price.

Details of the talks are unclear, although they may be disclosed later this week after the UK business has been formally placed into administration.

On Monday, the retailer confirmed a Sky News report that it was preparing to appoint insolvency practitioners after concluding that its domestic chain could not be salvaged.

Mothercare insisted that its international franchise business, which now dominates the group, would be unaffected by the development.

PricewaterhouseCoopers has been lined up to oversee the administration of the UK business.

Mothercare, which opened its first store in the UK in 1961 in Surrey, has been trying for several months to find a buyer for its UK business, which now comprises just 79 standalone outlets.

Last year, the company’s management, led by chairman Clive Whiley and chief executive Mark Newton-Jones, secured a deal with creditors that involved the closure of more than 50 stores.

Mothercare’s UK business – the only one of its national chains not operated under a franchise agreement with the listed parent – has been losing money for some time.

Barring one half-year period in 2017 when it made a modest profit, the UK arm has been a financial drag on the wider group for years.

Mothercare has been steadily transforming itself into an international franchising group, and now trades from roughly 1,000 stores in more than 40 countries.

Analysts have pointed to Mothercare’s relatively weak digital operations and poorly located stores in the past as reasons for its continued difficulties.

Since last year’s restructuring, it has sold the Early Learning Centre for £13.5m as well as its head office, and axed hundreds of jobs.

Mothercare raised £32.5m from investors last year from the sale of new shares, but now has a market value of less than that figure after its shares fell by a quarter on Monday.

Virtually every name on the high street is implementing a restructuring plan of some kind as the shift towards digital channels and growing costs associated with physical stores inflict pain across the sector.

Most notably this year, Debenhams has been through a pre-pack administration, while Sir Philip Green’s Arcadia Group, which owns brands such as Topshop, only narrowly averted insolvency after a recent creditor vote.

The high street crisis has sparked desperate pleas to the government to reduce the burden of taxes on the retail sector.

A spokesman for the pensions watchdog said: “We are holding detailed discussions with the scheme trustees, advisers and the PPF to understand the implications of recent developments and we are working to ensure the interests of ‎members are protected to the fullest extent possible.”

This Is the Best Roast Chicken

Good morning. Melissa Clark came in this week with a beautiful new recipe for crisp-skinned Parmesan-rosemary roast chicken (above). My guess? It’s all anyone...

A Missed Flight Leads to a Connection

Millie Bobby Brown: The ‘Sexualization’ And ‘Insults’ Hurled At Me Are...

Celebrating 25 Years of Alegría: A Rallying Anthem of Joy and...