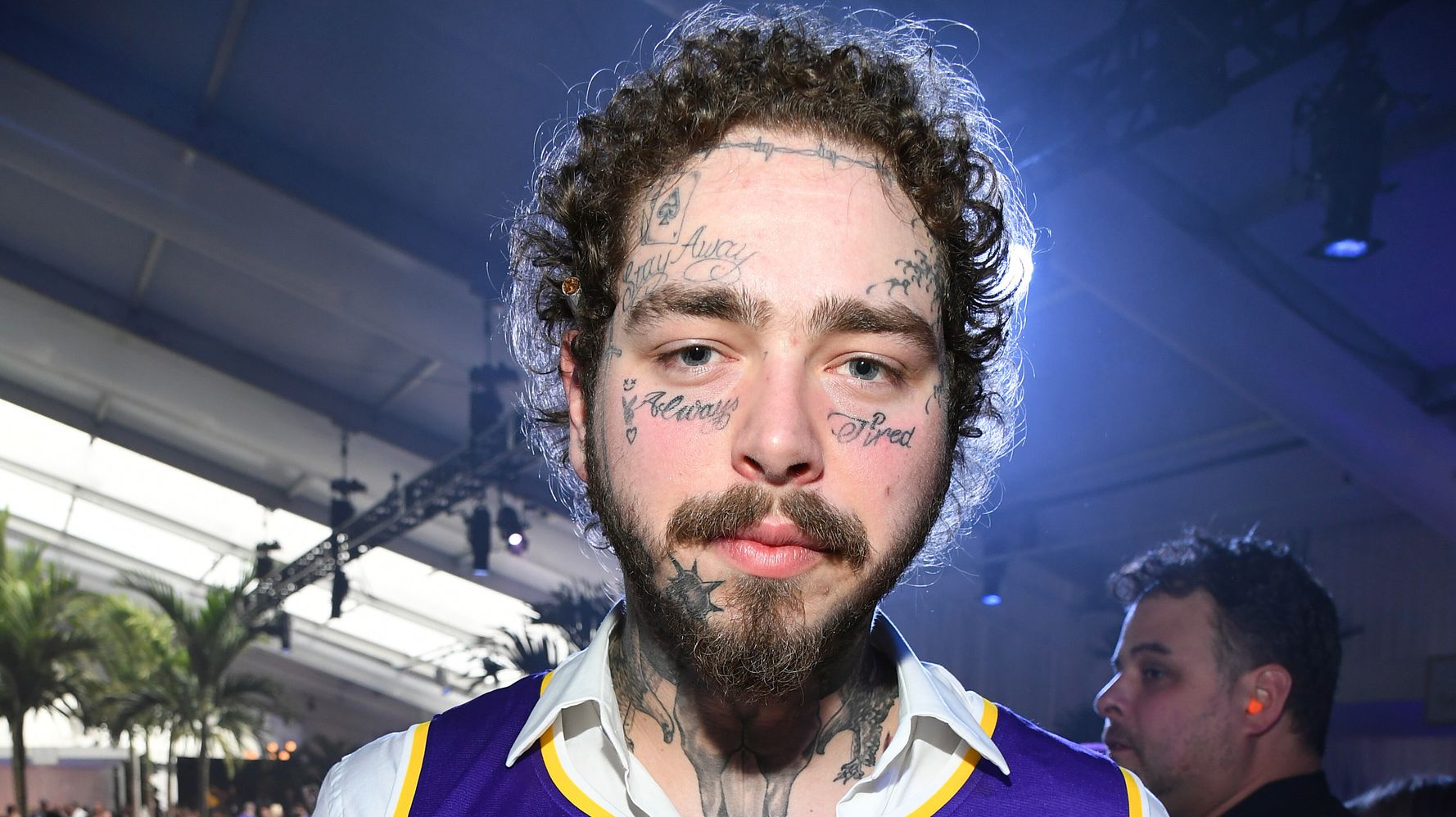 Post Malone has picked up yet another face tattoo and it looks straight out of a nightmare.

Earlier this week, the 24-year-old rapper and singer was in Kansas City, Missouri, to perform at the Sprint Center and apparently decided to add to his already extensive ink collection.

Malone ― whose given name is Austin Richard Post ― now has a massive circular saw with blood dripping off it on his left cheek. The imagery likely relates the saw seen in the artwork for his 2018 album, “Beerbongs and Bentleys.”

On Instagram, tattoo artist Ruben Reza shared images of himself putting the ink on Malone’s face and the final product:

The saw follows Malone’s most notable face tattoo, the words “Always” and “Tired” under his eyes, which he got in 2018. Those words and his new bloody artwork are accompanied by an image of a claymore sword next to his right eye and the words “Stay Away” above that eye.

Malone told Spin in 2018 that he gets his face tattoos to make his mother mad.

“Anything to piss my mom off. … It’s not right. I got a face for radio anyways, so why not?” he told the publication.

Michael Jordan: ‘When Kobe Bryant Died, a Piece of Me Died’