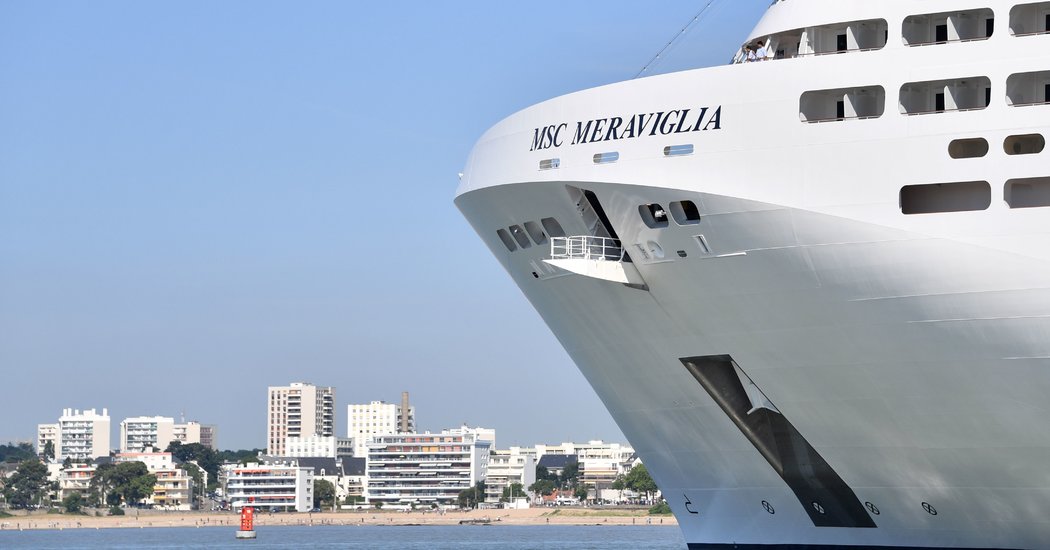 Following a pattern set by the MS Westerdam, a cruise ship in the Caribbean has been turned away from two ports over fears of the coronavirus. The ship, with more than 4,500 passengers and 1,600 crew members, was not allowed to dock in Jamaica and the Cayman Islands after it was discovered a crew member onboard was unwell.

The MSC Meraviglia from MSC Cruises arrived in Ocho Rios, Jamaica, from Miami on Tuesday morning. After the ship’s command reported one case of influenza onboard, Jamaican authorities, concerned that the man might have the coronavirus, said no one could disembark. The ship left Ocho Rios for its next port of call, Georgetown, Cayman Islands, after waiting to be cleared for nearly four hours.

The ship was expected to dock in Georgetown on Wednesday morning, but the Caymanian Ministry of Health and Public Health Department said on Tuesday night that it could not do so.

“In an abundance of caution, in order to provide protection to the health and safety of the residents of the Cayman Islands, the government has denied permission for the cruise ship to call on Grand Cayman as previously scheduled,” Dwayne Seymour, health minister for the Cayman Islands, said in a statement.

“I hope this voyage doesn’t get any worse,” said Philip Emerson, a British passenger on the ship said in a direct message on Twitter before the decision was made public.

The incident came on the same day that the Centers for Disease Control and Prevention in the United States said that Americans should brace for the likelihood that the coronavirus will spread to communities domestically.

Earlier this month, Holland America’s MS Westerdam ship was turned away from five countries whose authorities feared that people onboard might have Covid-19. After the Westerdam docked in Sihanoukville, Cambodia, one passenger tested positive for the illness. The C.D.C. later said that the woman’s diagnosis was a false positive.

Having another ship blocked from docking is more bad news for the cruise industry, which has already seen falling bookings across Asia. Another cruise ship, the Diamond Princess, was placed in a two-week quarantine in Japan where hundreds of people onboard fell ill.

In a statement issued Tuesday afternoon, MSC said that the crew member and all passengers on the ship passed mandatory health screenings in Miami before embarking on the cruise on Sunday.

“The crew member had traveled to Miami from Manila, via direct connection in Istanbul,” MSC said. “He developed symptoms of common flu and tested positive to Type A influenza after he visited the ship’s 24/7 Medical Center while already on board. He has no other symptoms.”

The Ministry of Health in Kingston nevertheless said it was acting judiciously to block the ship.

“The crew member had a cough, fever and associated muscle pains with a travel history to a country of interest relating to the Covid-19,” the National Ministry of Health in Kingston said in a statement.

Ofcom is set to be handed new powers to regulate social media companies and protect users from harmful content, the government has announced. The broadcast...

The Patriots Beat the Bills (Again) Behind Julian Edelman

Epic Dessert Recipes You Can Make With Leftover Halloween Candy

Breaking Ranks, a Rival Takes on Israel’s Netanyahu From Within