SANTA MARIA MAGGIORE, Italy — They paraded through the cobblestone streets, brandishing tall brushes like batons, a peppy — if sooty — bunch who occasionally called out: “spazzacaminoooooo,” Italian for chimney sweep (with a few extra o’s for emphasis).

Along the parade path, children held plastic bags open, hoping to catch the presents tossed by the chimney sweeps as they passed. Some got candy, while others lunged for pins, buttons, pencils and even potatoes that were flung to the crowd.

The adults got grimy, two-handed caresses that left few clean faces among the front-row spectators crowded along the route.

The festival is a time of celebration, and draws thousands of tourists to the town, which is in the Vigezzo Valley, near the Swiss border. But neither the sweeps nor the local residents have forgotten the past horrors of a dirty and dangerous trade that depended on the exploitation of children. Memories of poverty and humiliation weigh heavily on those old enough to remember.

“When the event began in the 1980s, few locals participated because they were ashamed,” said Claudio Cottini, the mayor of Santa Maria Maggiore.

The town’s identity has long been tied to the trade. The local chimney sweep museum showcases a 16th-century map where the Vigezzo Valley is identified as the “camifeger tal,” Swiss-German for the “valley of chimney sweeps.”

At that time, and for centuries after, families from this area were so poor that many would send their sons, as young as 6 or 7, to work as chimney sweeps. It was one less mouth to feed.

The children apprenticed to “padroni,” or master sweeps, and word-of-mouth accounts of their lives tell sobering tales of abuse and misery. 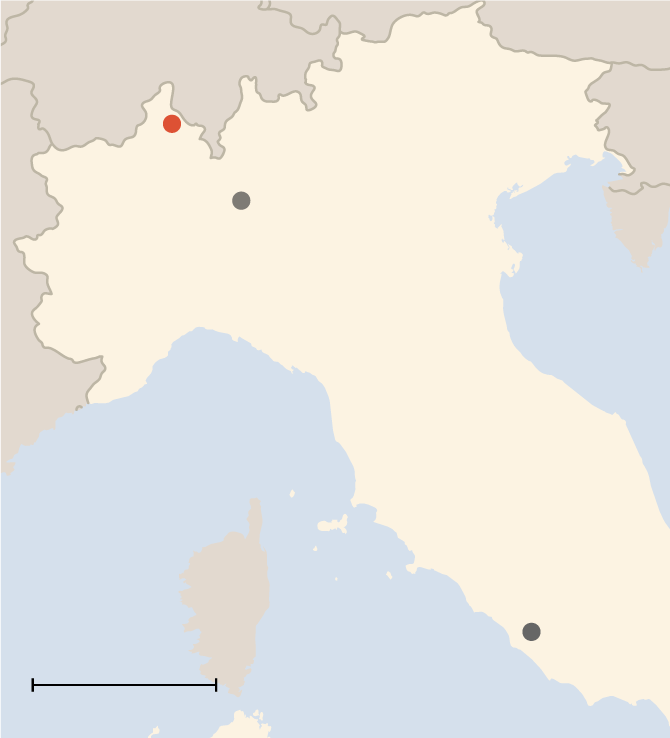 “That’s the origin of the term ‘light a fire under someone’s butt’: If the kids didn’t work fast enough, the masters would say, ‘Hurry up or I’ll start a fire in the grate,’” said Diane Pilger from Long Island, N.Y., the past president of the National Chimney Sweep Guild in the United States. She attended this year’s festival with her husband, John, and daughter Krista, both sweeps.

Intentionally undernourished so they stayed slim, the young sweeps were forced to shimmy up narrow flues, scabbing elbows and knees, as they scrubbed smoldering soot from a chimney’s sides. They traveled to faraway lands for insignificant pay. Beatings were commonplace.

“They were despised, humiliated and mistreated, but they made enormous sacrifices so they could send money home to help their families,” said Anita Hofer, the vice president of Italy’s National Chimney Sweep Association and the festival organizer.

The chimney sweeps’ fate, Ms. Hofer said, was not so different from that of thousands of African migrants who in the past few years have braved a perilous Mediterranean crossing to carve out a better life in Europe.

“Emigrating to another country to escape poverty is one of the most difficult things possible,” she said, adding that many Italians, whose history is full of émigrés, had lost sight of this. “We should be more understanding because our ancestors went through similar experiences.”

Each year, the visiting sweeps make a collective pilgrimage to the nearby town of Malesco to the statue of Faustino Cappini, a 12-year-old sweep who was electrocuted in 1929, when he stuck his hand out of a chimney and accidentally touched an electric wire. It was commonplace for children to signal to their masters that they had cleaned the flue to the very top.

Such tragedies are now largely in the past. Technology, modern chimneys, and strict safety and certification rules have made cleaning a much less dangerous job. And chimney sweeps still find work.

“We have 2.6 million saunas in Finland,” said Juha Tuomi, a Finn who has been sweeping for 46 years, “and many are wood burning.”

These changes have helped locals come to terms with the uglier aspects of their history and explain how a trade tied to Dickensian tales of hardship is now the inspiration for a cheery festival.

“Over time it’s become something to be proud of,” said Mr. Cottini, the mayor. “Now there’s recognition that this land gave our ancestors a trade, and we pay homage to that.”

The American contingent at the festival numbered 38, one of the largest groups, though a far cry from the 420 German sweeps who marched in the parade, complete with a samba band.

All the sweeps wore their smartest, nattiest, mostly black best, even though the September sun delivered summer temperatures.

The Swiss adorned their necks with bright red kerchiefs. The Japanese wore stylish kimono-style jackets, while the Scots wore kilts. Bucking the sartorial trend, the Dutch were dressed in white, a throwback to the days when they cleaned chimneys for their royal houses. Top hats were de rigueur.

“This is really the place where it all started,” said Rosanna Ramoni, a local resident who is the M.C. of the parade. “This is the place of the heart, of their roots.”

While the parade gives the local economy a boost, the area is now far more prosperous than it was when it sent chimney sweeps out in the world.

Tourists flock at other times of the year to admire Santa Maria Maggiore’s frescoed exteriors and commercial art galleries, which take advantage of the Vigezzo Valley’s reputation as the “Valley of Painters.” Wealth has also come by way of Switzerland, where many locals commute, earning considerably higher wages than they would in Italy.

As the parade wound down, fraternizing bested national identities, and the Scots found themselves marching with the Russians; the Japanese were bombarded with requests for photos; and a local sweep, Livio Milani, scampered across the roof of the old city hall to wave an Italian flag. It was a joyous moment.

“This is the image you have to bring home with you,” said Ms. Ramoni, as the sweeps and spectators cheered.

House Hunting in Sweden: An Entire 62-Acre Village for $7.2 Million

Notre Dame Plans to Reopen Its Campus in the Fall

Wireless Workers Aren’t Thrilled To Be Handling Your Filthy iPhone During...