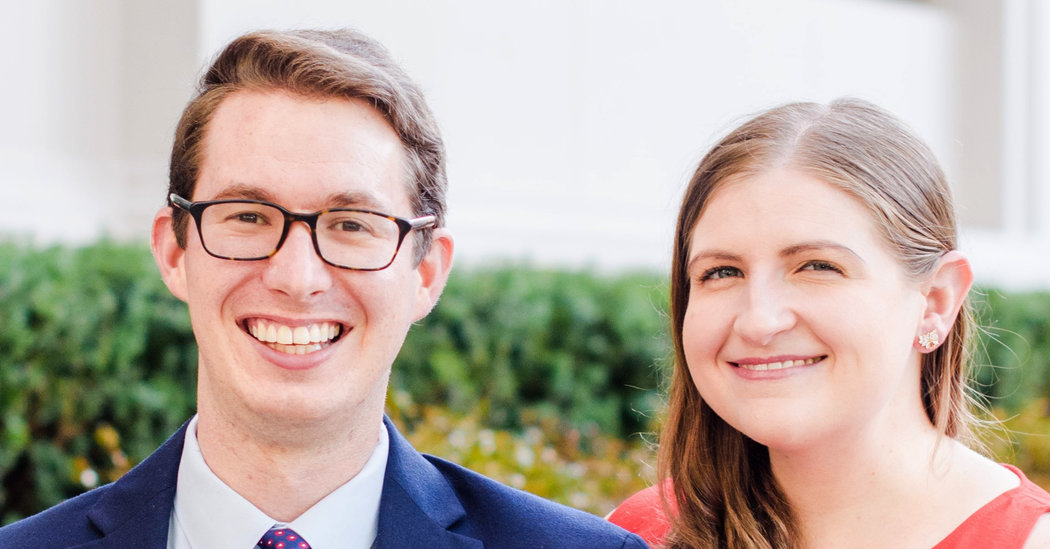 Allison Jane Ambrosio and Bryant Mitchell Conkling were married Feb. 22 at District Winery, a restaurant and events space in Washington. The Rev. Anne Flynn, an Episcopal deacon and friend of the bride’s family, officiated.

Ms. Ambrosio, 31, is a senior program manager at the Patient-Centered Outcomes Research Institute, a health care research funding organization in Washington. She graduated from the College of the Holy Cross in Worcester, Mass., and received a master of public health degree from Boston University.

Mr. Conkling, 30, is an associate specializing in strategic and operational support for federal health care agencies at Booz Allen Hamilton, a management consulting firm in McLean, Va. He graduated from Beloit College in Beloit, Wis., and received a master’s degree in public policy and management from Johns Hopkins University.

The couple met in 2016 at Bluejacket, a brewery in Washington.

Quenching an Ache to Celebrate

Challenged to Sustain Their Lifestyle

How to Be Your Own Glam Squad for a Zoom Wedding

Mieko Kawakami Cracks the Code of Being a Woman in Japan

TOKYO — To explain the pressure felt by women in Japanese society, the novelist Mieko Kawakami recalls a playground prank from elementary school. The...