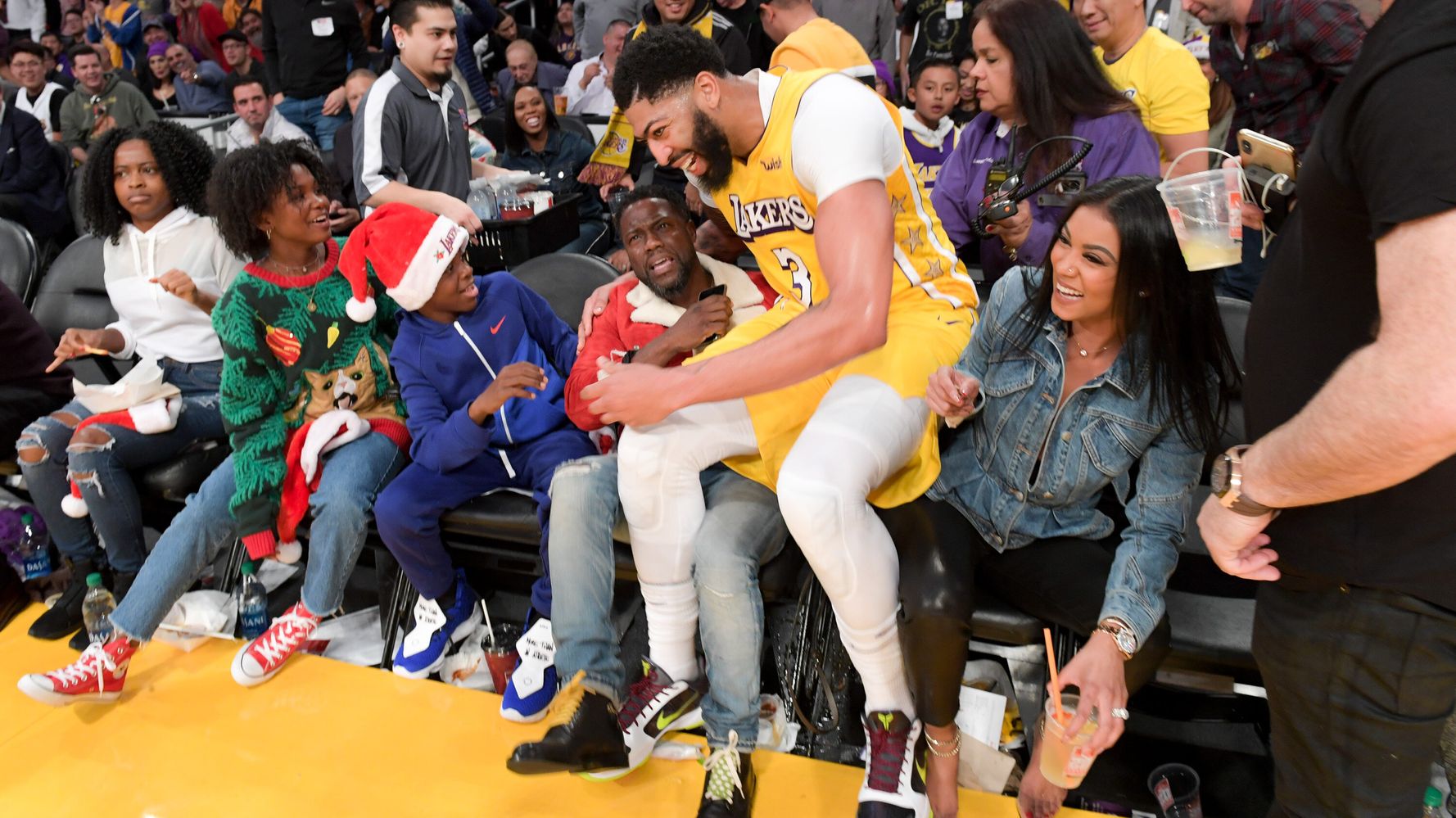 Comedian Kevin Hart wore a Santa Claus coat courtside at the Clippers-Lakers game in Los Angeles Wednesday, but he probably didn’t expect a 6-foot-10 man to fall into his lap. (See the video below.)

The Lakers’ Anthony Davis crashed backward into the “Jumanji: The Next Level” star as he scrambled to shoot before time expired in the first half.

Davis reached for Hart’s cellphone, sparking what appeared to be a playful four-letter comment from the movie star. Then LeBron James joined in on the fun as well.

Given the difference between the very tall Davis and the not-so-tall Hart, some viewers thought the moment resembled a scene from “Elf.” Others did a bit of lip-reading. Check out some Twitter reactions here:

In March 1936, a week before Hitler’s troops reoccupied the Rhineland, violating the treaty that a defeated Germany had signed to end World War...

‘The Goop Lab’ Promotes ‘Wellness’ Obsession — And Goop Itself