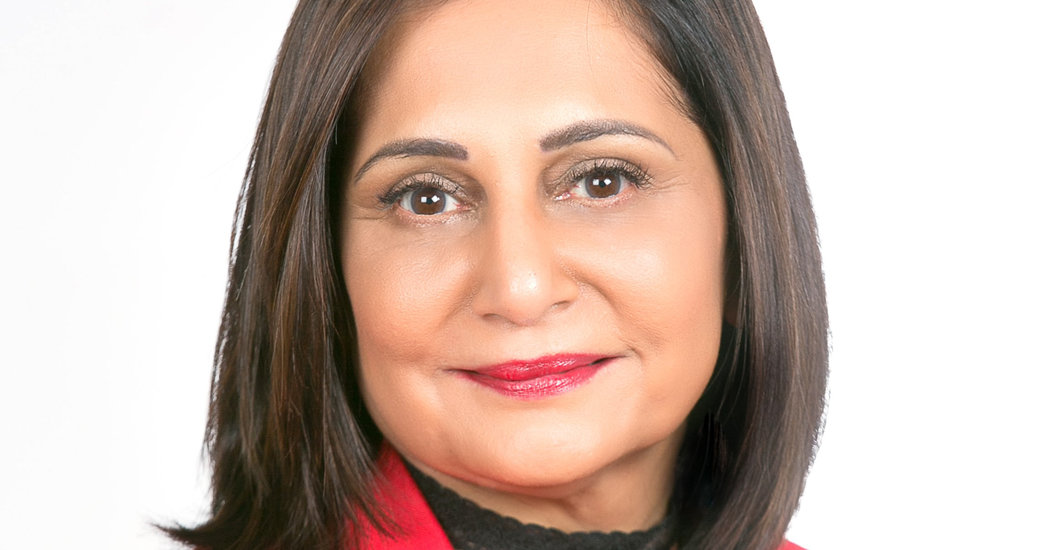 This obituary is part of a series about people who have died in the coronavirus pandemic.

After earning a Ph.D. at the University of Natal in Durban, South Africa, in 1994 while raising two young children, Gita Ramjee was exhausted.

Her thesis had been on kidney diseases in children — she had worked in a pediatrics ward at a local hospital — but she took a job on a small research project in a different field, since it promised a less frantic pace. It was a life-changing choice.

The research involved whether a vaginal microbicide was useful against AIDS, which was rampant in South Africa. The research put her in contact with sex workers, who told chilling stories of economic hardship, high-risk behavior and men who were indifferent to using protection.

“That’s when I knew I wanted to be involved in the prevention of H.I.V. infection in women,” she added.

Dr. Ramjee became a leading researcher on the AIDS epidemic. On Tuesday another epidemic claimed her: She died of Covid-19, the disease caused by the coronavirus, at a Durban hospital. She had become ill shortly after returning from a visit to her sons in London, local news accounts said. She was 63.

Dr. Ramjee was chief scientific officer at the Aurum Institute in Johannesburg, which battles AIDS and tuberculosis and announced her death on its website. She had previously been director of the H.I.V. prevention unit at the South African Medical Research Council.

Those jobs put her at the forefront of the effort to contain AIDS, especially in eastern and southern Africa, which has long had the highest rate of H.I.V. infection in the world.

Gita Parekh was born on April 8, 1956, in Kampala, Uganda, to Dhirajlal and Nirmala Parekh. After Idi Amin, the Ugandan dictator, forced Asians to leave that country, Dr. Ramjee finished high school in India, where her family was from, and then earned a bachelor’s degree at the University of Sunderland in England. There she met her future husband, Pravin Ramjee, a South African of Indian descent, and they settled in South Africa in the early 1980s.

After joining the research council in 1996 she rose through the ranks, administering studies and drug trials, with a particular focus on helping women avoid AIDS.

“Gita was fundamental and inextricably linked to the endeavors to find solutions to prevent H.I.V. in women,” Glenda Gray, president and chief executive of the council, said in a statement on the organization’s website.

Especially in places like southern Africa, that effort remains urgent. Winnie Byanyima, executive director of UNAIDS, a global organization working on the issue, called Dr. Ramjee’s death “a huge loss at a time when the world needs her most.”

In addition to her husband, Dr. Ramjee is survived by two sons, Shaniel and Rushil Ramjee; a brother, Atul Parekh; and three sisters, Rita Kalan, Asmita Parashar and Reshma Parekh.

Dr. Ramjee recognized early on that the response to AIDS could not be simplistic, and that the key was finding ways to give women control in cultures and communities that did not always encourage that. Policymakers, she knew, needed to understand that the ABC approach, as it was often called — “abstinence,” “be faithful” and “condoms” — was not enough, a point she made at the annual International AIDS Conference in 2006.

“I would like to believe H.I.V. prevention will be more than ABC,” she told the conference. The room burst into applause.

How to Read a Coronavirus Study, or Any Science Paper

How a Delay in Colonoscopy Screening May Affect Cancer Risk

This is the Impeachment Briefing, The Times’s newsletter about the impeachment investigation. Sign up here to get it in your inbox every weeknight. What happened...

An Art Show for Food Lovers

A Farmed Striped Bass Worth Roasting

The Democrats Worth Staying Up Past Bedtime For

Coronavirus lockdown rules are clear and ‘apply to everybody’, top medic...