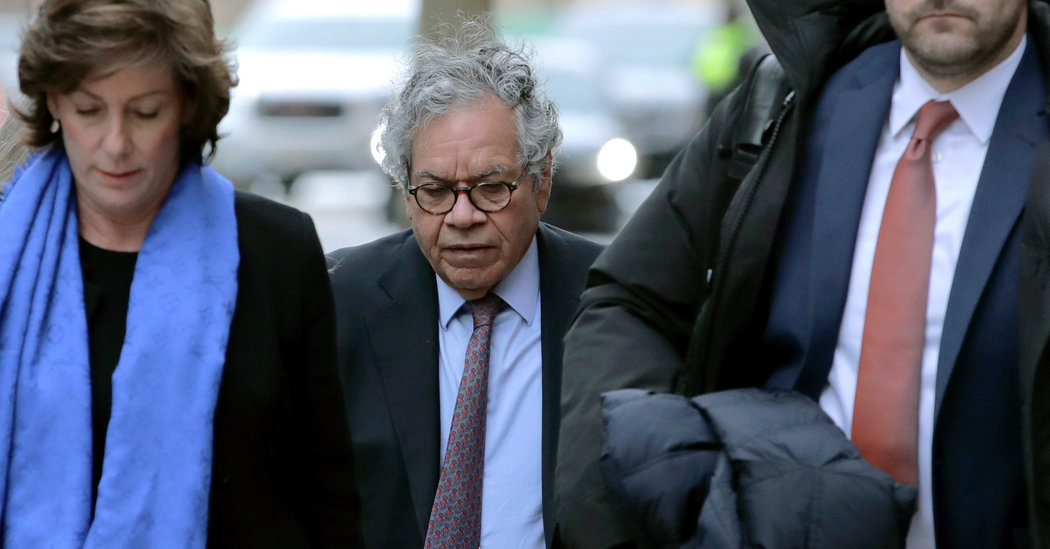 A federal judge sentenced John Kapoor, the founder of the opioid manufacturer Insys Therapeutics, to five and a half years in prison Thursday for his role in a racketeering scheme that bribed doctors to prescribe a highly addictive opioid and misled insurers.

The case had been closely watched because it represented a rare criminal inquiry into the practices of a drug company that aggressively sold painkillers while the nation was in the grip of a deadly opioid epidemic that killed thousands of people in the last decade.

Beth Wilkinson, a lawyer for Mr. Kapoor, declined to comment on the sentencing but said she planned to appeal.

Federal prosecutors have said that Insys, based in Arizona, embarked on an intensive marketing plan — including paying doctors for sham educational talks and luring others with lap dances — to sell its under-the-tongue fentanyl spray, Subsys, which was federally approved to treat patients with cancer.

Doctors were urged to write prescriptions for a much wider pool or patients, and to mislead insurance companies so they would pay for the expensive medication.

In court Thursday, Mr. Kapoor said he had created the company in part because he witnessed the suffering of his wife, who had died of cancer. “I wanted to believe in Subsys perhaps too much,” he said. “I never wanted Subsys to be prescribed to patients who did not need it.”

Judge Allison D. Burroughs of Federal District Court in Boston also sentenced other former Insys executives this week for their roles in the scheme. They included the former vice president of sales, Alec Burlakoff, 46, of West Palm Beach, Fla., who was sentenced Thursday to 26 months in prison and three years of supervised release.

In November 2018, Mr. Burlakoff — who once so enthusiastically peddled the product that he dressed in a Subsys costume as part of a promotional rap video — pleaded guilty to one count of racketeering conspiracy and agreed to cooperate with the government.

On Wednesday, the judge sentenced the company’s former chief executive, Michael L. Babich, 43, of Scottsdale, Ariz., to 30 months in prison and three years of supervised release. In January 2019, Mr. Babich pleaded guilty to one count of conspiracy to commit mail fraud and wire fraud and one count of mail fraud, and agreed to cooperate with the government.

After its former executives were found guilty, Insys agreed to pay $225 million to settle federal fraud charges and to divest of Subsys, and then it filed for bankruptcy.

How to Read a Coronavirus Study, or Any Science Paper

How a Delay in Colonoscopy Screening May Affect Cancer Risk

Be it Barcelona or the USWNT, great soccer is a matter...

Enjoying this newsletter? Tell a friend to sign up at nytimes.com/rory and then you’ll have something new to talk about every Friday. The story...

Coronavirus test and trace system to launch in England tomorrow

The Nudity On ‘Euphoria’ Is About More Than Just ‘A Pair...