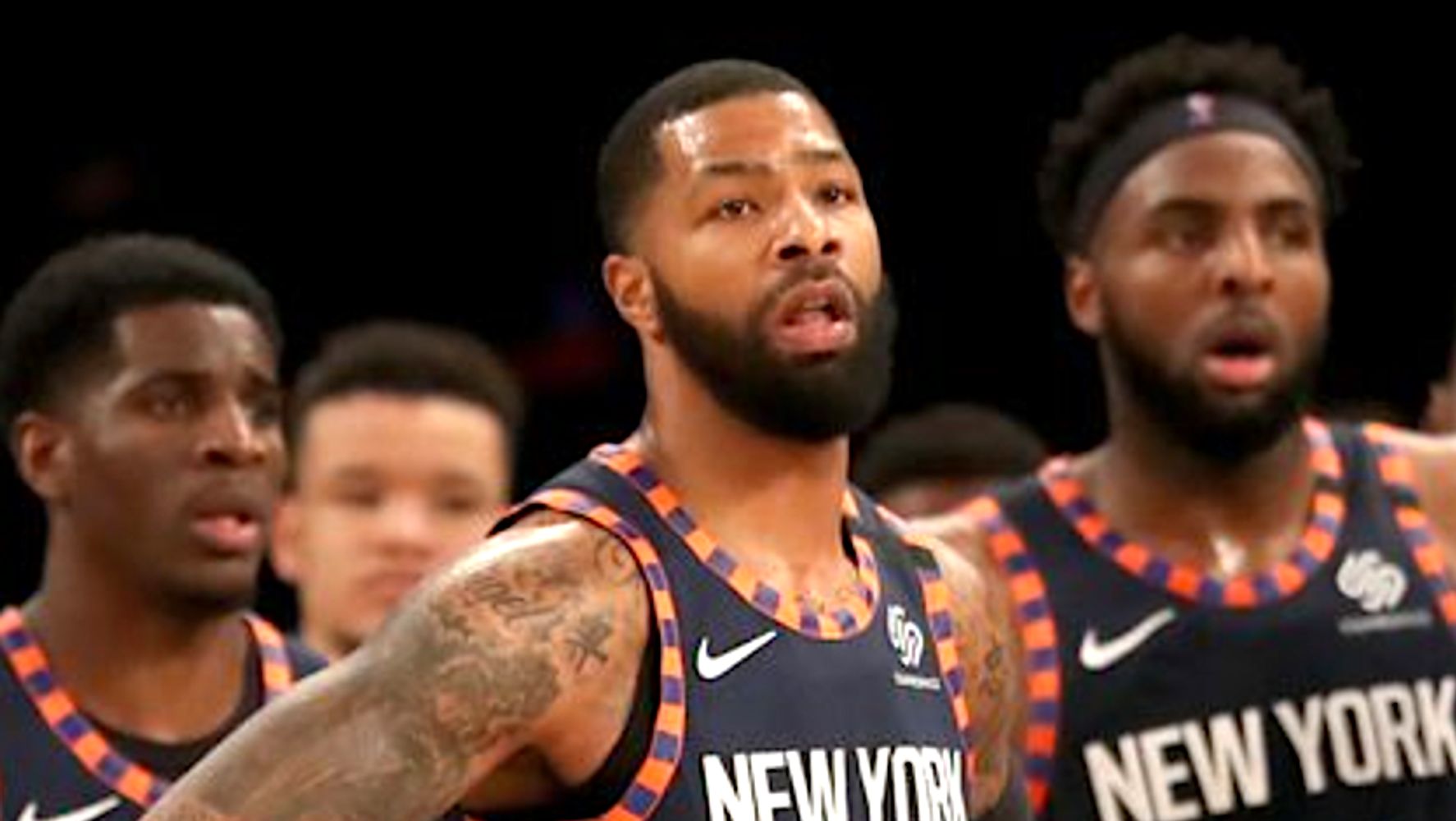 A fight erupted near the end of the Memphis Grizzlies’ victory over the New York Knicks Wednesday when Memphis forward Jae Crowder shot a 3-point attempt with his team ahead by 18 points. Knicks guard Elfrid Payton took umbrage and shoved Crowder to the Madison Square Garden floor, sparking a scuffle.

But the controversy didn’t end there. Knicks forward Marcus Morris, who was ejected along with Crowder and Payton, angered fans on Twitter with his sexist criticism of Crowder in an interview after the game.

Morris called Crowder’s game “very woman-like” and said Crowder had “a lot of female tendencies on the court. Flopping and throwing his head back the entire game. It’s a man’s game and you just get tired of it.”

“He’s got a lot of female tendencies on the court, flopping and throwing his head back…he’s soft, very woman-like”

People on Twitter reminded Morris that this is the 21st century.

Play like women?….my women’s team is tougher than your NBA team. Maybe you need some female tendencies and you could win a few games.

Men still referring to other men as woman to insult them still a thing in 2020. Just call him pathetic instead

Siri: a 13-36 team whose players have mouths bigger than their game.

Trust us, more flops coming from your team than any team in the #WNBA.

@MookMorris2 Maybe you should adopt some “female” tendencies and win some games. #girldad

Marcus Morris being misogynistic is a development I extremely saw coming

Morris later wrote on Twitter that he was sorry for “disrespecting” women.

I apologize for using the term “female tendencies” I have the upmost respect for women and everything they mean to us. It was a Heat of the moment response and I never intended for any Women to feel as though in anyway I’m disrespecting them. Again I apologize with my comments.

The hot tub exhibits at a state fair might be to blame for North Carolina’s recent outbreak of Legionnaires’ disease and Pontiac fever, which...

Sidelined for Months, Judiciary Panel Will Reclaim Impeachment Drive It Once...

The Pandemic’s Big Mystery: How Deadly Is the Coronavirus?