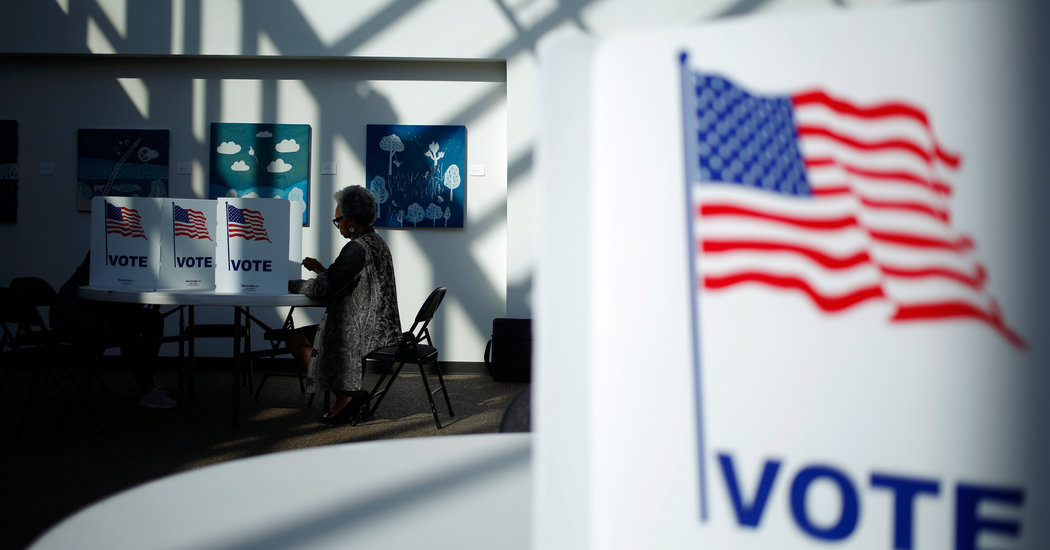 For a while, Kentucky seemed headed for a lengthy partisan battle over its election for governor. Matt Bevin, the Republican incumbent, had finished about 5,000 votes behind his Democratic challenger, Attorney General Andy Beshear, and refused to concede; he began talking about voting irregularities, and demanded a recanvass of the county tallies.

The threat evaporated on Thursday, though, when the recanvass yielded no change and Mr. Bevin threw in the towel. The state was spared a possible challenge in the Legislature that was sure to inflame partisan tensions.

With a winning margin of 0.36 percent, the race was very close — but the country has seen even closer races for governor. Some have ended only after weeks of rancor, while in others, the loser bowed out gracefully, even when there were ample grounds for fighting on.

Candidates have to weigh whether the short-term battle is worth the long-term consequences, said Edward Foley, a law professor at Ohio State University who specializes in constitutional and election law: “You see that lesson sometimes in U.S. history, of saying, ‘Do we have to fight for the last ballot in this election to get a fair count this time or should we just go home and regroup and try again a few years later?’ There’s been an ambivalence in the American psyche about that.”

Here are some of the real squeakers in gubernatorial history, and how they turned out.

The Founders Were ‘Flying Blind’

What happened? Chief Justice Jay received more total votes on Election Day. But a dispute arose over a technicality: whether the people who had delivered the ballot boxes from three upstate counties to the secretary of state had been properly deputized. After heated debate and an attempt at arbitration by the state’s two United States senators, the committee of lawmakers supervising the election voted narrowly to reject the three counties’ ballots, most of which were for Mr. Jay.

Who won in the end? Excluding those ballots put Governor Clinton ahead by 108 votes, and he was declared re-elected.

Many Federalists were enraged at the partisan manipulation of the outcome. But Alexander Hamilton, a fellow Federalist, advised Mr. Jay to take the high road, concede the race gracefully and then run again in 1795 with his reputation as a statesman intact. He did, and won easily.

“The concept of governors’ elections was new,” Professor Foley said, adding that the politicians involved “were kind of flying blind.” “They didn’t really understand their own new government,” he said, “and they had to kind of invent things as they went along.”

Decided By a Single Ballot

The candidates: Marcus Morton, a Democrat, and others challenging Gov. Edward Everett, a Whig.

How close was it? One vote.

What happened? As returns were tallied, the lead changed hands several times until Mr. Morton pulled ahead of Governor Everett by about 300 votes. But under the State Constitution, having the most votes was not enough; to be elected, a candidate needed an outright majority. And enough votes had been cast for minor candidates to cast doubt on whether Mr. Morton had cleared the threshold.

Who won in the end? It fell to the State Legislature to decide the issue. Though it was under Whig control, the Legislature decided that Mr. Morton, the Democrat, had received 51,034 votes — exactly one more than half the total.

A number of ballots could have been challenged on technical grounds, but Governor Everett resisted pressure from fellow Whigs to contest the tally, and Mr. Morton became governor.

“There’s this proverbial statement, ‘Everyone should vote because maybe your vote actually will count,’” Professor Foley said. Noting that the secretary of state, the official in charge of the election, had failed to cast his own ballot in time, Professor Foley said: “One vote really made the difference. I think it’s an important story just for that.”

Partisan Tensions Boil Over in Violence

What happened? The vote count certified by the state Board of Elections showed Mr. Taylor as the victor, and he was inaugurated. But there were widespread claims of voting irregularities, and Mr. Goebel challenged the result in the Democratic-controlled State Legislature, which set up a committee to investigate.

Partisan tensions ran high as angry Republicans from the countryside, many of them armed, poured into Frankfort, the state capital, hoping to keep the Democrats from overturning the result.

Julian Zelizer, a professor of history and public affairs at Princeton, said the 1880s and 1890s were a time of bitter divisions and winner-take-all politics with many similarities to today. “The parties really moved further apart from each other,” he said. “The parties were very organized internally and able to maintain discipline.”

Who won in the end? Mr. Goebel, but not for long.

The committee invalidated enough Taylor votes to put Mr. Goebel in the lead, and the Legislature declared him the victor. But while the committee was deliberating, he was shot on the street and critically wounded. He took the oath of office in his sick bed, and died of his wounds three days later.

Mr. Taylor refused to cede the office and fought a lengthy legal battle with Mr. Goebel’s running mate, J.C.W. Beckham, over who was the rightful governor. It ended in 1900 when the Supreme Court let stand a state court decision in favor of Mr. Beckham, saying it would not intervene because no federal questions were at issue.

“That is a defining low moment in American history in terms of the ugliness of one dispute,” Professor Foley said, adding that the Supreme Court decision in Taylor v. Beckham came to the fore a century later when the court ruled the opposite way in Bush v. Gore.

A Victory for Even-Handedness

What happened? The initial count on election night showed Governor Andersen ahead by 142 votes out of 1.25 million cast. There was no law requiring recounts in close races, so Mr. Rolvaag went to court and won a ruling ordering a statewide recount of every ballot, which had to be conducted by hand.

A special tribunal was set up to rule on any disputed ballots and certify the final count, and the two sides agreed on its members: one respected judge from each party and one who was seen by both sides as neutral. Though it was allowed to make decisions by a 2-1 vote, in the end, the tribunal’s conclusions were unanimous.

Who won in the end? The recount took months, but when it was complete, the tribunal determined that it was Mr. Rolvaag who had won, by 91 votes. Governor Andersen accepted the result without complaint.

Professor Foley said that Minnesota managed to do in 1962 what New York did not in 1792: institute a process that both sides agreed would be fair. “So that was an example of kind of inventing the missing ingredient,” he said.

What happened? A high proportion of voters cast absentee ballots, and it took two weeks for officials to count them and announce an initial tally, showing Mr. Rossi ahead by less than 0.5 percent, the state’s threshold for a mandatory machine recount. That recount narrowed Mr. Rossi’s lead to 42 votes. Democrats then requested, and agreed to pay for, a manual recount, which turned up hundreds of absentee ballots that had been left uncounted.

Tensions rose and street protests were mounted as the two sides wrestled in court. After the manual recount put Ms. Gregoire in the lead, Mr. Rossi said the whole election had been a mess and demanded a revote. “I think it was ultimately an accurate result, but the process was not an ideal process,” Professor Foley said. “It left some heartburn for sure.”

Who won in the end? The final tally showed Ms. Gregoire had won by 129 votes, and she was sworn in as governor in January 2005. Mr. Rossi did not formally concede until June, after a state judge rejected the Republicans’ demand for a rerun of the election for lack of evidence of deliberate tampering.

“It is now becoming a feature in these close races where the loser will not give up easily and will use every tool at their disposal, legally and otherwise,” Dr. Zelizer said. “It doesn’t necessarily stop with the ballot.”

LILONGWE, Malawi — Malawi’s Constitutional Court on Monday annulled the May 2019 presidential election that declared Peter Mutharika a winner and ordered a rerun,...

Kobe Bryant Memorial Is Planned for Staples Center on Feb. 24

For Johnson, a Perilous Week Ahead, With the Politics of Terror...